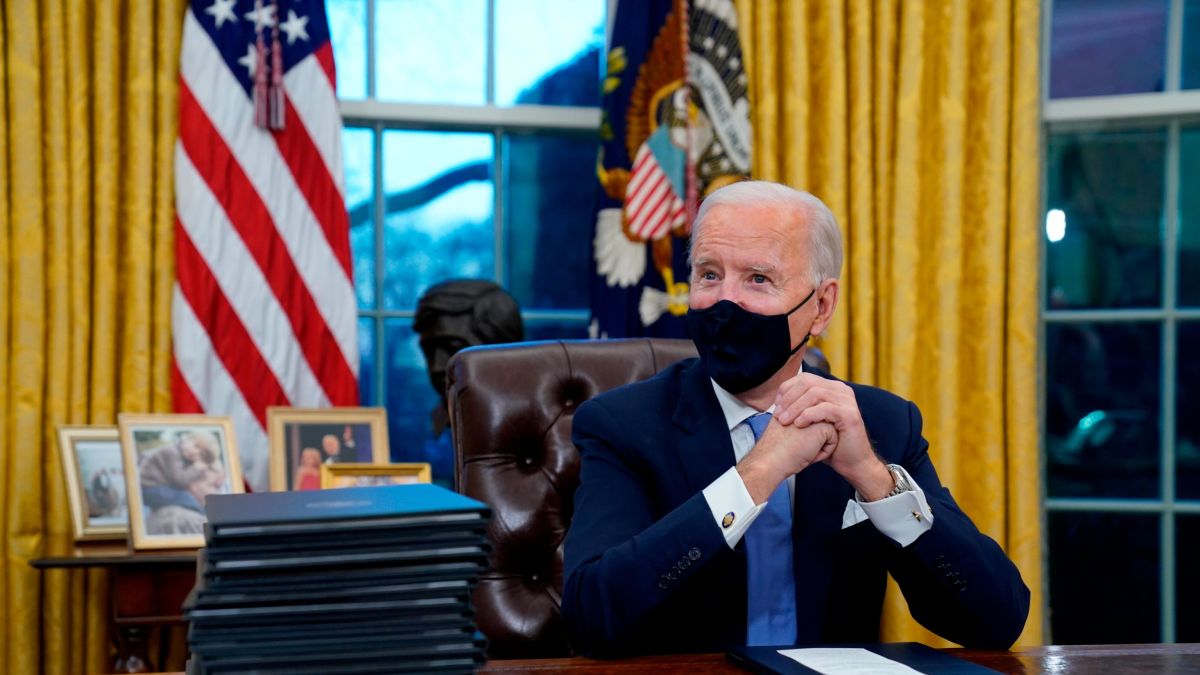 Four days after ordering the immunization of private school workers, the mayor of New York, Bill de Blasio, hastened his last days in office with a twist on the mandatory vaccination. The outgoing councilor, who will be replaced on January 1 by Eric Adams, announced this Monday the mandatory immunization in all private sector companies in the city . The decision comes after last week the court frozen the implementation of the testing and vaccination requirement for companies with 100 or more employees that had been adopted by the Administration of President Joe Biden in its intense and active policy against the pandemic .

De Blasio bases his decision on the added risk of the omicron variant , together with the Christmas gatherings, the effect of the cold and the transmission of influenza in parallel, plus the inertia of the infections caused by the delta variant. The councilor has described the measure, the first of its kind in the country and which will come into effect on December 27, as a “preventive attack” to stop another wave of coronavirus infections and mitigate as much as possible the community transmission of the new variant , of which eight cases had been detected in the city this weekend.

Regarding the omicron variant, a cause for concern but not for panic according to the White House , the head of the presidential medical team, Anthony Fauci, has managed to reassure the markets, which have opened on Monday to the upside, by pointing out this Sunday that the data Preliminaries about the disease it causes are encouraging. Speaking to CNN, the epidemiologist affirmed that the first indications suggest that it could be less dangerous than the delta, which continues to represent 99% of cases and is causing a rebound in hospitalizations.

“So far, he doesn’t seem to have a very high degree of severity” when he attends, Fauci said Sunday. “But we have to be very careful before we establish that it is less serious, or that it does not really cause serious disease, compared to delta.” The White House medical officer also left the door open to lift the travel restrictions imposed on eight countries in southern Africa, through a daily evaluation based on the available data.

Regarding the mandatory nature of vaccination in the private sector in New York, it is to be expected that those affected will not make it easy for De Blasio, given the blow of federal justice to the extent of the Biden Administration. His replacement Adams has declined on Monday to comment on whether he will maintain the requirements. Private schools, mostly religious, have reacted angrily to mandatory immunization. Officials from Jewish and Catholic schools urged De Blasio to reconsider his decision, which affects 930 centers and some 56,000 workers. According to the municipal ordinance, they have until the next day the 20th to receive at least one dose of the vaccine against covid-19.

“This is an area where the [municipal] government should use persuasion, not coercion,” David Zwiebel, representative of a consortium of Jewish and Christian centers, laments in the letter. Many congregations refuse to be vaccinated for religious reasons. The strongholds of ultra-Orthodox Jews in the city have vaccination rates hovering around 50%.

The teaching staff and other workers in the public network schools were already required to be vaccinated, not without legal controversies and resistance from the trade unions , and it is estimated that more than 95% of the employees of the Department of Education are immunized. The mayor has resisted establishing the requirement for students , as other cities in the country have done. De Blasio has, however, decreed that the rules for access to restaurants and leisure venues are also imposed on minors between 5 and 11 years old.

De Blasio has also encouraged New Yorkers to wear masks indoors, something that is not strictly adhered to – many commuters on the subway or customers in supermarkets disregard the recommendation – and has made the vaccine mandatory for daycare workers and child education. All city employees, including police and firefighters, are also theoretically required to get vaccinated. Immunization rates among these bodies have skyrocketed in recent weeks.

About 90% of adults in the city have received at least one dose of the vaccine, but as of December 27, in full Christmas holidays, it will be mandatory to certify the complete guideline to access the interior of restaurants, theaters or gyms. The number of cases has multiplied exponentially in the city since last November 1, with an increase of more than 75% and an average of 1,500 infections a day, according to the municipal Health Department. Regarding the omicron variant, health authorities track the contacts of those attending the super contagious event that was an anime convention , which gathered 53,000 people in three days on the last weekend of November.