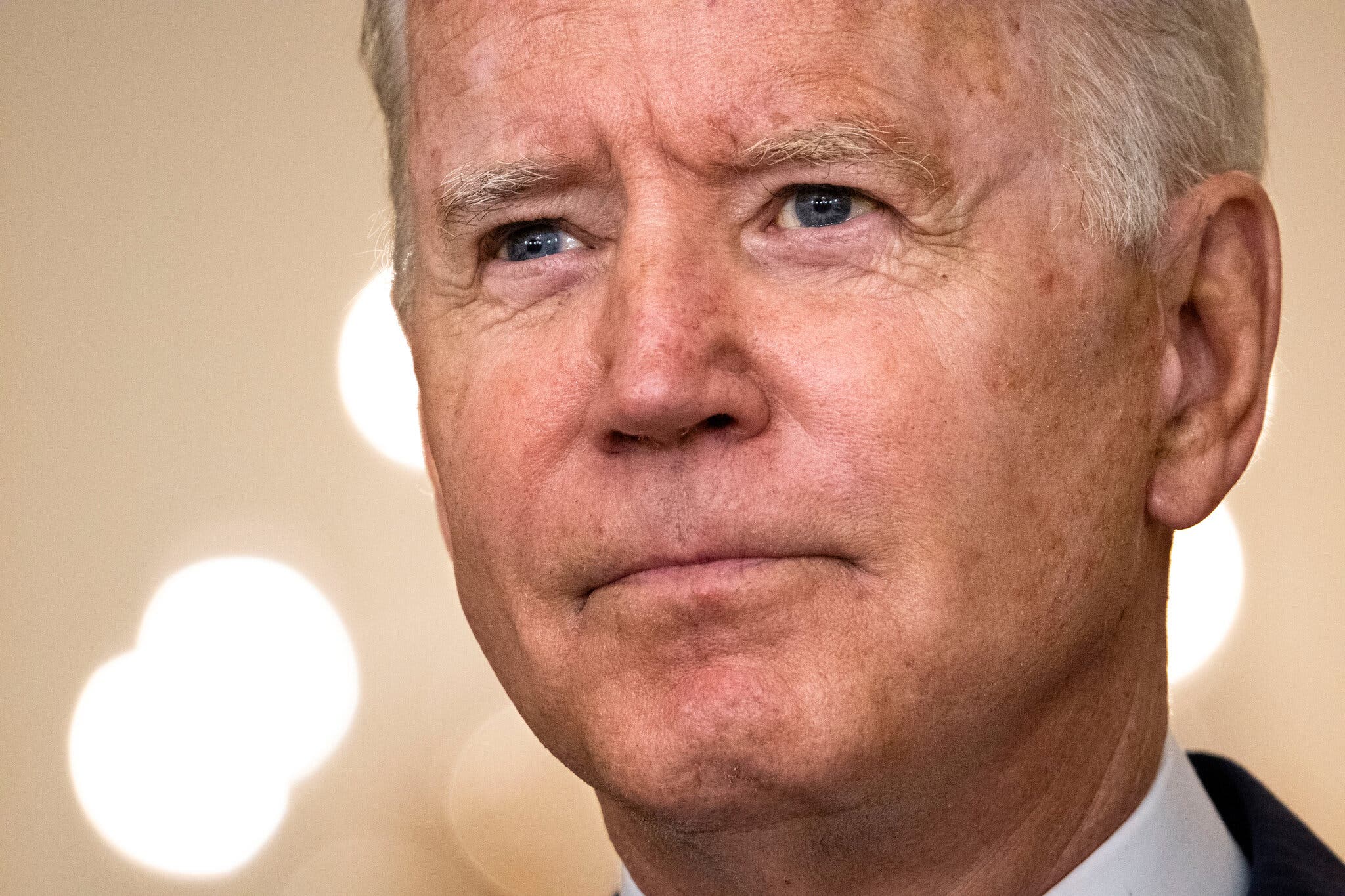 President Biden: Here’s what the US will and won’t do in Ukraine

Ivana Marie Trump, the first wife of former President Donald Trump, died this Thursday at her home in New York. The former Czechoslovakian model, married to the father of her three children from 1977 to 1992, helped the New York tycoon build his empire, although her husband’s multiple infidelities and the strong character of both, who ended up competing for their own businesses, prevented the continuity of the marriage.

Fruit of which, however, Donald Trump Jr. (44 years old), Ivanka Trump (40 years old) and Eric Trump (38 years old) were born. After learning of the death of her mother on July 14, the three children that the former republican president shared with Ivana reacted with farewell words, signed jointly by their own mother, Marie Zelníčková, 96 years old, and the ten grandchildren of her.

“Ivana Trump was a survivor. She fled communism and embraced this country. She taught her children to have grit and resilience, compassion and determination. Her mother, her three children and her ten grandchildren will miss her very much,” they issued this Thursday through an official statement.

“I will miss her forever and will keep her memory alive in our hearts forever,” added Ivanka – “little Ivana” – Trump.

Heartbroken, confessing to being “heartbroken” by the death of her mother, her only daughter published a farewell message on her social networks a few hours after her death.

“Mom was brilliant, charming, passionate and wickedly funny. She lived life to the fullest, never missing an opportunity to laugh and dance,” she wrote alongside photos with her mother after her sudden death.

During their life together, an unscrupulous Donald was in charge of the tough negotiations, while a charming Ivana, as elegant as she was sophisticated, was in charge of paving her husband’s way among the most exclusive circles of the American elite.

Defined in a recent documentary by Netflix as “charismatic workaholic, career woman, an equal”, Ivana spoke fluently, in addition to English, German, French, Czech and Russian.

Being the tycoon, often impulsive, liar and foul-mouthed, the Czechoslovakian liked to make herself known among the jet set of the country as a businesswoman with as much or more skill than her to run one of the most important properties of the Trump Organization, the Trump Hotel; take on the vice presidency of interior design for the entire company; or raise, practically alone and in parallel, their three offspring.

Ivana’s role in the creation and growth of the Trump real estate empire, starting with her marriage in 1977, was indisputable, even going so far as to make her successes as manager of the family businesses reveal her husband’s insecurities, uncomfortable with the equal role given to him by his wife.

The former Czechoslovak-American model accompanied him side by side throughout the initial professional stage and expansion of the family business, building with him some of the most recognized projects in the business, such as the Trump Tower on Fifth Avenue or the Taj Mahal Casino Resort in Atlantic City, known as “a little Las Vegas” in New Jersey.

As ambitious as her second husband, then-Mrs. Trump liked to brag that “In 50 years we will be the Rockefellers”. Businesswoman, designer, author and model, Ivana was also a person obsessed with small details and addicted to work, making an already narcissist with a desire for fame, money and power Donald Trump feel threatened by staying behind the shadow.

The truth is that the glamorous Trump marriage monopolized all the covers of the 80s and the famous couple regularly shared the pages of the socialite New York, forcing the real estate heir with a desire to become president of the United States to share his leading role.

Three decades and two more marriages would still take Donald Trump to get to the White House.

Ivana, for her part, would marry up to four times throughout her life, although she had no more children with her other husbands. Her first wedding with Austrian skier Alfred Winklmayr had been organized so that the Czechoslovakian could leave her native country, dominated by communism.

The marriage of convenience barely lasted a year, but it allowed the young physical educator, skier-turned-model to live in Canada after moving away from Eastern Europe.

A trip to the city of skyscrapers in 1976 with a small group of beauty queens led her to meet the New York womanizer, leading to the couple’s conjugal union a few months later. Three children, fifteen years of marriage and endless infidelities later, Ivana and Donald Trump ended their life together, starting a tumultuous divorce.

“Don’t be angry, keep everything”

The separation was not easy for either of them. The extra-matrimonial relationship was the one that forced the definitive breakup of Donald Trump’s first marriage, claiming to have “the best sex of his life” with his lover to justify the harsh criticism for the apparent abysmal difference in category between the two women.

A notorious clash between the two in Aspen (Colorado) during the Christmas holidays of 1989 in which he decided to secretly take his lover, scandalously transcended the press, definitively forcing the breakup.

Ivana was not nearly as discreet as the tycoon’s other two wives, Marla Maples, mother of Tiffany Trump, and his current wife and mother of his Baron son, Melania Trump. Even so, and despite monopolizing all the spotlights, she maintained a very low profile in recent years and, very especially, during the mandate of the already converted US president.

The arrival of Donald Trump to the White House positioned his three children as his closest circle of trust, leaving the cold and distant relationship with his first wife in the background.

Distance that the former president himself shortened this Thursday by being the first to announce the news of the death of Ivana Trump, announced on his social network Truth Social: “I am very sad to inform all those who loved her, of which there are many, that Ivana Trump passed away at her home in New York City.”

That low profile of Ivana did not, however, prevent some of her most famous phrases from going down in history. “Don’t be angry, keep everything”, alluding to her divorce from Donald Trump, with whom she was able to reach a confidentiality agreement.

She also wrote several books, including Creating Trump in 2017, recounting lurid details of her life as co-owner of the empire. “I am not afraid of anyone: journalists, activists or ex-husbands,” she published.

The emergency services responded to an emergency call at the home of Ivana Trump, located in the luxurious neighborhood Upper East Side in Manhattan, where she was found dead, at the age of 73, lying on the ground on the last steps of the stairs of her home by the building staff. Her death due to “heart failure” was declared at 12:40 noon.

The American newspaper New York Times ensures that the New York Police investigate the sudden death of Ivana Trump as a possible accident having fallen down the stairs and mentions that “one of the agents said that there were no signs of forced entry into the house and that the death appeared to be accidental.”

A medical examiner will determine the exact causes of her death.

She was “afraid of contracting the virus” of COVID19. In fact, this Friday she had planned to undertake her first international trip since the pandemic began. Saint Tropez, in France, was going to be her destiny, as she told her best friend days before she tragically died.