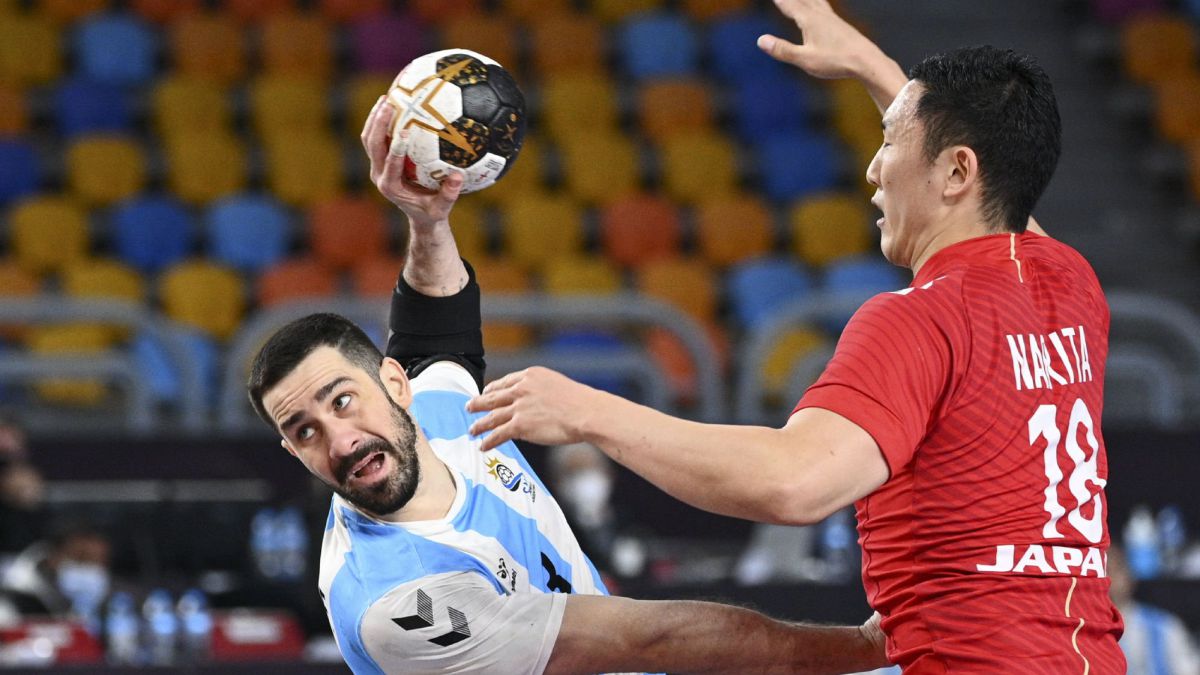 Argentina defeated Japan and dreams of the Quarterfinals

Yasuaki Yamashita spent 20 years keeping a secret that he was a ‘hibakusha’, as the atomic bomb survivors are called.

He had left his life behind in Japan with the ultimate goal of forgetting everything. The explosion, the horror, the hunger, the disease, the stigma.

“I just wanted to be where no one knew me”. Yasuaki speaks perfect Spanish with a Mexican accent, the result of more than five decades in Aztec lands.

From his home in San Miguel de Allende, in Guanajuato, the placid 82-year-old Japanese tells why staying silent is no longer an option. “Our house was 2.5 km from the epicenter,” he says and begins to narrate.

He recalls in detail everything that happened in Nagasaki on the morning of August 9, 1945, the day the second atomic bomb fell after the attack on Hiroshima. But he says more pain caused him what came next.

“What do you think as the anniversary of the bombings approaches?”

Every time the date approaches I begin to suffer. It all comes back to my head. The moment of the explosion, walking near the center and seeing all that destruction and horror. It was more than a nightmare, more than hell, all burned up. There was only absolute black. The people who survived walked like ghosts, like without soul, without emotion.

“Did you lose many loved ones?”

Yes. I remember a lot that he had a little friend. I was 6 years old at the time. When there were no air raids, we used to go to the nearby mountain to hunt for cicadas and dragonflies, because we had no toys. But that day I did not go with the other children. One of them received the blast directly. His back was completely shattered and he died. My father fell into a coma for 10 years and passed away.

“How do you remember your life after the attacks?”

It really changed completely. To tell the truth, at that time I was a child, I did not know what the atomic bomb was, nor did I think about the consequences. What I remember is the misery; food was hard to come by. I remember very well that we had to travel in a crowded train to get to the countryside to ask for food. We could only get potatoes or sweet potatoes, rice was impossible. And to get those foods we had to wear jewelry or beautiful kimonos, something valuable. So since we were very poor it was very difficult for us.

You remember everything even though you were very small?

It is impossible to forget. We were starving. In April of the following year my brothers and I began primary education and the misery and hunger continued. Since before the war there was already a shortage of food, but at least the Nagasaki city government provided some food to support the people. After the explosion there was absolutely nothing.

“He had health problems as a result of helping to remove the bodies and clean up the radioactive debris.” When did your ailments start?

When I got out of high school. At that time I did not know about the effects of radioactivity. The doctors couldn’t find the reason why I was vomiting and passing blood. That lasted two years. Then I got better and started working at the atomic bomb hospital in Nagasaki. Until then, I had never thought that I was a survivor, but then I found out that I was. People died every day. There was a young man who was my age, about 20 years old, and he suffered from leukemia. His case affected me a lot.

What happened to him?

Leukemia was very normal for the survivors. I had the same blood type as that young man and the day he needed an emergency transfusion the doctors asked me to tame him blood, I did it when I could. One day he woke up with his body covered in black spots and died. At that moment I thought I was going to die, I just didn’t know when. It was difficult for me to be working in the hospital, because at the same time I was suffering from mistreatment and ‘bullying’ from other people.

“For being a survivor?”

Yes. They said that all the survivors were carrying some contagious disease and that they could never marry or have a family. On the day of the explosion, many people went to the center of the city in search of relatives, children, siblings and the radioactivity reached them. Nobody knew that there was radioactivity in that place.

Little by little people began to die, people who apparently had no injuries, no diseases. That is why many said that they should not have contact with the people affected by the bombing. They said “you have to separate them.” Many women left Nagasaki, some married and had children, but when they found out that they were survivors divorces began, many women could not bear it and committed suicide, men did too.

“Is that why you left Japan?” When did the opportunity to migrate to Mexico come?

Living in Nagasaki was very difficult for me, I suffered a lot and wanted to go somewhere where no one would know me, where no one would know that I was a survivor. In 1968 I had the opportunity to go to Mexico to work reporting on the Olympic Games. That’s when I saw the opportunity to get out of Japan. Mexico gave me a second life, everyone treated me with love and affection and I began to feel relief. If that hadn’t happened, maybe I would no longer be alive.

“When did you decide you wanted to tell your story?”

I didn’t want to talk, as I suffered so much while in Nagasaki I wanted to keep a secret that I was a survivor. But in 1995 a university student invited me to give a talk, he insisted a lot and I went. I started suffering, but when I finished I began to feel that my suffering was diminishing. So, I said to myself: “I have to talk. This is therapy ”. Since then I keep talking when there is opportunity; if we keep quiet this tragedy can happen again at any time and in any place in the world.

“What do you think about nuclear weapons still being a problem for the world?”

This world is completely insane. They are producing nuclear weapons, as if it doesn’t matter what happened to Hiroshima and Nagasaki. People forget what happened. People begin to talk about these events in August, when an anniversary of the bombings in Hiroshima and Nagasaki is approaching, so we have to speak when there is an opportunity so that this does not happen again. Nuclear weapons are a terrible threat, at any time, even by mistake, one can be launched. That would be a human tragedy, the world would end. We have to work to eliminate any nuclear weapon.

“What lesson do you find in everything you lived through?”

The lesson is that the world has to live in peace. I think that human beings have an enormous capacity to understand and love. I have always thought that, even though I suffered a tragedy, I cannot hate anyone. I try to convey my love, my tranquility, so that another person also feels the love and tranquility. That is living in peace.

“The risk of a nuclear war is higher than ever”

If one hears a ‘hibakusha’ speak, the most important conclusion is that nuclear weapons should not exist. We have no tools to deal with a nuclear war, only prevention. The risk of a nuclear war breaking out is higher than ever, even higher than in the 1960s. The threat is not only for the nine nuclear countries, but for the whole world.

There are advances and there are setbacks in the fight against nuclear weapons. A new development is the treaty on the prohibition of nuclear weapons, which is a sign of how things are changing. All of Latin America has already signed the treaty, except Argentina. What follows signature is ratification, which means that the country changes its laws to belong to the treaty. That is still pending on the part of some countries. Peru is one of the Latin American countries that has already signed the treaty, but has not yet finished ratifying it.

It is important to highlight that what has allowed countries to agree on the prohibition of nuclear weapons is to put a human face on the problem, that the human being is at the center of the discussions. Those who witnessed history are the voices that must be heard so that history does not repeat itself.

TO READ AND SEE

John Hersey’s book, first published in “The New Yorker” magazine a year after the attack, tells the story of six Hiroshima survivors.

This film by Akira Kurosawa focuses on the relationship that different generations of Japanese and Americans have in the face of the memory of the Nagasaki bombing.