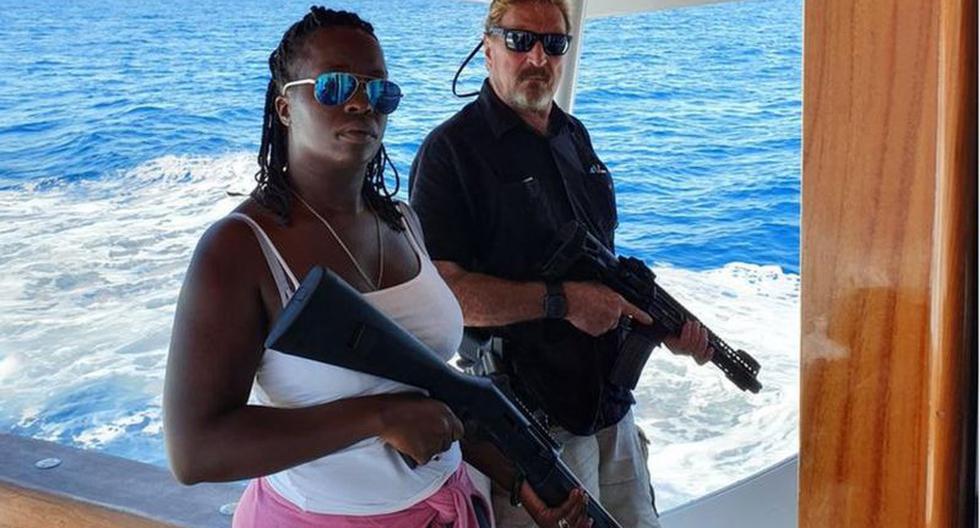 Who was John McAfee, the controversial antivirus pioneer who fled the US Justice and ended up dying in Spain?

Houston (USA), Jan 17 – It took nine years for guard James Harden and forward Kevin Durant to be teammates again, this time with the Brooklyn Nets, and the result was the first scoring exhibition at the Barcklays Center without the chemistry between the two stars failing.
Both were, without discussion, the great attraction on Saturday of the NBA, which also left the winning streaks of the Portland Trail Blazers and the Memphis Grizzlies, which gave the surprise against the Philadelphia Sixers.
Harden left behind the poor image he gave in recent months with the Houston Rockets and made a historic debut with the Nets, adding a triple-double in a 122-115 victory against the Orlando Magic. He also contributed 32 points, 12 rebounds and 14 assists, in 40 minutes of action.
After making history by being the first Nets player to hit a triple-double on his debut, he also allowed Durant to shine especially in his offensive game by scoring 42 points after scoring 16 of 26 shots from the field, including 5 of 8 triples, and 5-5 from the personnel line.
Durant, who also contributed five assists, four rebounds, two ball recoveries, and two blocks in another 40 minutes of action, said he was “happy” to be part of Harden’s aggressive game again that left the Nets (8- 6) with the second consecutive victory.
His black point was the 15 turnovers that both players combined with nine for Harden and six for Durant, something that they hope to correct when the ball has more base Kyrie Irving, down for the sixth consecutive game, which they hope to debut as the new “Big 3” of the NBA.
Point guard Damian Lillard had 36 points as the best scorer for the Trail Blazers, who defeated the Atlanta Hawks 112-106 and won their fifth game in the last six they have played.
The bad news for the Trail Blazers (8-5), the loss to a left foot injury to guard CJ McCollum, their second best scorer.
The point guard Ja Morant returned through the big door of victory after leading the attack of the Grizzlies that beat the Sixers 106-104 and achieved their fourth consecutive victory that allowed them to become positive (6-6) for the first time in the new season.
Morant, winner of the 2020 Rookie of the Year award, had 17 points as the Grizzlies’ leading scorer after missing eight games with a left ankle injury he suffered on Dec. 28 against the Nets in Brooklyn.
Second-year guard Shake Milton had 28 points in reserve and ended up being the best attacking player for the Sixers (9-5), who broke a two-game winning streak, something that left Philadelphia coach Doc Rivers frustrated.
The defeat suffered by the Miami Heat was also a surprise, which saw the team with the worst record in the league, the Detroit Pistons, overwhelmed them on the road 100-120 and lost the third consecutive game that left them with a 4-7 mark and 3-3 in his field from American Airlines.
Power forward Jerami Grant, the new franchise player for the Pistons (3-9), had 24 points, nine rebounds and six assists that helped Detroit break a two-game losing streak.
San Antonio Spurs also cut a losing streak of four consecutive games in their field at the AT&T Center (2-4) by winning 103-91 against the decimated Rockets, who could only have eight players in the field, as the rest were under the NBA Covid-19 health and safety protocols and injured.
Starters guard John Wall, guards Eric Gordon, Sterling Brown and center DeMarcus Cousins ​​were among the casualties.
While the Toronto Raptors suffered again, but in the end they won the 116-113 victory against the Charlotte Hornets and for the first time so far this season they won two games in a row and left their rivals with the third consecutive defeat.
The nightmare of Covid-19 infections remains within the NBA, which forced the league to cancel the game that the Phoenix Suns were going to play against the Indiana Pacers, who were also negative news after confirming the indefinite withdrawal of his new player, guard-point guard Caris LaVert, obtained from the Nets by the transfer of Harden.
The team reported that an MRI found he has a small mass in his left kidney and will need further testing, but the Pacers have already closed the trade, confident that LaVert will be able to recover and continue his professional career.