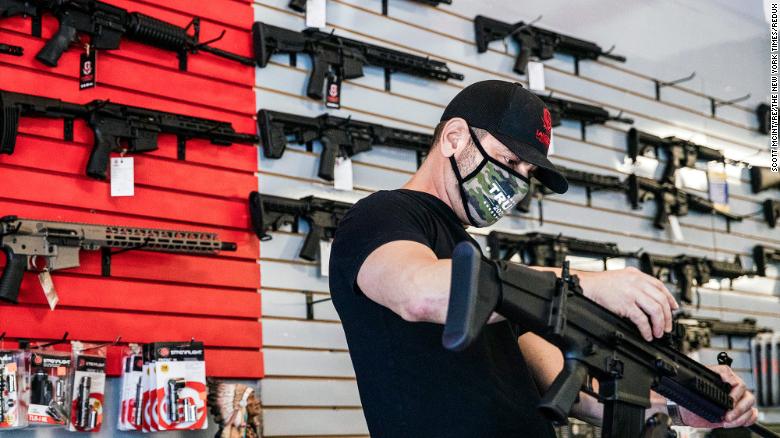 Arms sales reach record in the United States after insurrection

In recent days Radamel Falcao García has made the news not only for the recovery from his injury that he carried out in Spain, but for the versions that ensure that the Galatasaray directives are determined to let the attacker look for a new club and thus relieve a bit the economic burden.

Recently the president of the Turkish team, Mustafa Cengiz, assured that Falcao will return to Turkey once he finishes his treatments in Spain that will allow him to fully recover from the discomfort suffered on January 2. in the tie against Antalyaspor valid for matchday 16 of that country’s Super League.

However, the top leader also recognized that, if the Colombian decides to leave the team, he can do so as long as some offer seduces him and is convenient for Galatasaray, apparently from the Arab soccer and the MLS of the United States they would have probed the possibility of getting their services.

“If Falcao tells us: ‘I found this club, I want to be transferred’, he will leave. There are offers from Arab clubs and South America, but he does not accept them. If you have an offer that you approve, we will accept it if it meets the club’s conditions ” he declared to the Turkish press.

Now, a new version given by the Argentine journalist Nicolás Distasio, mention the possibility that ‘El Tigre’ can return to River Plate, club in which he took his first steps as a professional and in which little by little he demonstrated his great conditions to make the leap to European football, so much so that years later he came to be considered one of the best strikers in the world.

“River will not call Falcao, but if Falcao calls Gallardo and expresses his desire, I wish, he shows that he is whole and that spirit that the club needs from its players, taking into account the very good relationship between El Tigre and the Doll, I would not rule out that there may be a possibility, “said the communicator on TNT Sports.

Radamel Falcao who debuted in the ‘Millonario’ team on May 29, 2005 under the orders of Leonardo Astrada, he was champion of the First Division of Argentina in 2008 (his only title with River). In total he played 111 games, scored 45 goals and provided 9 assists.

The possible return of Falcao to River was corroborated by the Turkish portal Futboo.com where they affirmed that “the door of River Plate is open for Falcao. The only problem is the footballer’s salary choice ”. It should be clarified that samarium has a salary of around one and a half million euros per season.

The same journalist made it clear that from the player’s environment they have expressed a possible return to South American football. “Falcao is not going to continue at the club where he is playing, which is in Turkey, they have informed him that they are going to do without his services, they told him to find a club. I know that from the Falcao environment they are beginning to seriously think about a return to South America. It can be Colombia, like Argentina. I asked at River and someone very important told me that Falcao’s time to return had already passed “he added.

Days ago the possible arrival of the 34-year-old attacker to the Portland Timbers of the MLS was rumored, where Diego and Yimmi Chará and Dairon Asprilla also play. However, the club president himself Merritt Paulson was in charge of denying the information.

“Falcao is a player with a first-rate personality and I would love to see him in MLS, but let’s be clear, the Timbers are not in contact with him or with his people. Sorry Falcao fans, “wrote the manager on his Twitter account.

A possible agreement between River and Falcao could come after Rafael Santos Borré, its starting forward, communicated to Marcelo Gallardo his desire to go out to European football in case an offer arrives. This would open a quota on the attack front since Lucas Pratto was recently signed by Feyenoord of the Netherlands, and now there would be Matías Suárez and the youth Julián Álvarez, Lucas Beltrán, Federico Girotti and Benjamin Rollheiser as the only options.

Fredy Guarín debuted with Millonarios, but it was his obvious overweight that captured the attention.

The ‘jewel’ that the Colombia National Team lost: Andrés Perea took off the ‘tricolor’ and decided that he will play for the United States.

Telegram now allows video conferences for up to 1,000 participants