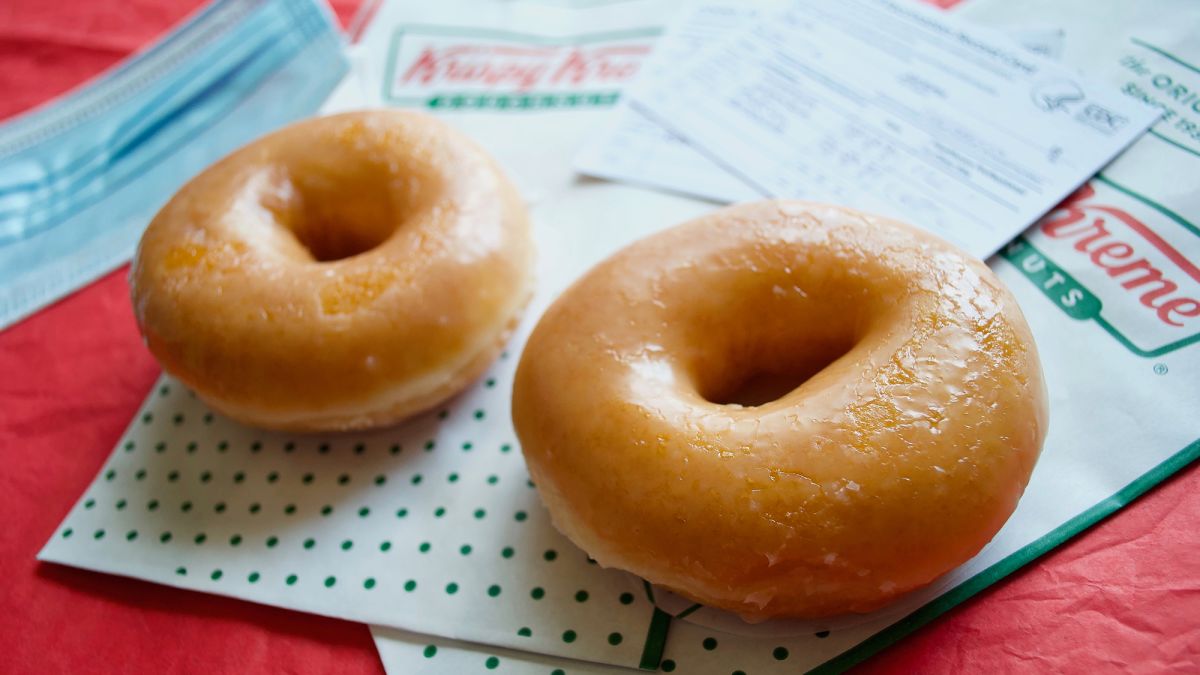 Krispy Kreme will now give Two free Donuts to vaccinated

Guinea declared an Ebola outbreak in one of its regions on Sunday after the West African nation confirmed at least seven cases of the disease, including three deaths, the country’s National Agency for Safety and Health (ANSS) said.

Health officials in the southeastern district of N’Zerekore said seven people who attended a nurse’s funeral tested positive for the disease and experienced symptoms such as diarrhea, vomiting and bleeding. Three of them died after the funeral on February 1. It is unclear if the nurse, who worked at the local health center, died of Ebola.

The World Health Organization (WHO) has pledged its support to Guinea to acquire the Ebola vaccine that has helped control recent outbreaks in the Democratic Republic of the Congo. Their teams are already on the ground and are also helping ensure infection prevention and control in health centers and other key locations, as well as reaching out to communities.

An Ebola treatment center will also open in the Gouecke region of N’Zerekore, where the outbreak was declared.

The Red Cross said in a statement that a network of more than 700 trained volunteers has been activated as part of a first wave of response and the government has asked people to respect hygiene and prevention measures and to report signs of the disease to the health authorities. ‘

The world’s largest Ebola outbreak to date began in 2014 in Guinea and continued through 2016, spreading to neighboring Liberia and Sierra Leone. More than 28,000 people were infected and more than 11,000 died.

The current outbreak has started again in a border area in Guinea and WHO says it is working with health authorities in Liberia and Sierra Leone to increase surveillance in border districts and improve case detection capacity.

“It is a great concern to see the resurgence of Ebola in Guinea, a country that has already suffered so much from the disease. However, building on the knowledge and experience accumulated during the previous outbreak, Guinea’s health teams are rapidly mobilizing to trace the path of the virus and curb more infections, ”said Dr Matshidiso Moeti, WHO Regional Director for Africa, in a statement.

“WHO is supporting authorities to set up screening, contact tracing and treatment structures and for the overall response to work at full speed.”

In a tweet, WHO Director General Tedros Adhanom Ghebreyesus said: “#Guinea has many years of experience fighting #Ebola, with incident managers and trained vaccinators… The government is taking action. One of the first steps will be to ensure that the community understands the risk and rallies in response. His role is crucial.

West African countries are on high alert and Nigeria says it is monitoring the situation and will issue a public health advisory to address concerns in Africa’s most populous nation.

Ebola virus disease, which most commonly affects people and non-human primates such as monkeys, gorillas, and chimpanzees, is a serious disease that is transmitted first from wild animals to humans. Humans can be infected by other humans if they come into contact with body fluids from an infected person or contaminated objects from an infected person. Humans can also be exposed to the virus, for example by sacrificing infected animals.

On average, about 50% of people who get sick from Ebola die, although this has ranged from 25% to 90% in previous outbreaks, according to the WHO.

New cases of Ebola have also been reported this month in the Democratic Republic of the Congo. On February 7, the WHO announced a new case of Ebola in Butembo, located in the North Kivu province of the country. The WHO regional office for Africa said on Saturday that a third case of Ebola had been confirmed in the city of Katawa, near Butembo.

The health agency said it is working with partners to provide essential medical supplies to support local health authorities. The vaccines also began to be administered in the region on Monday.