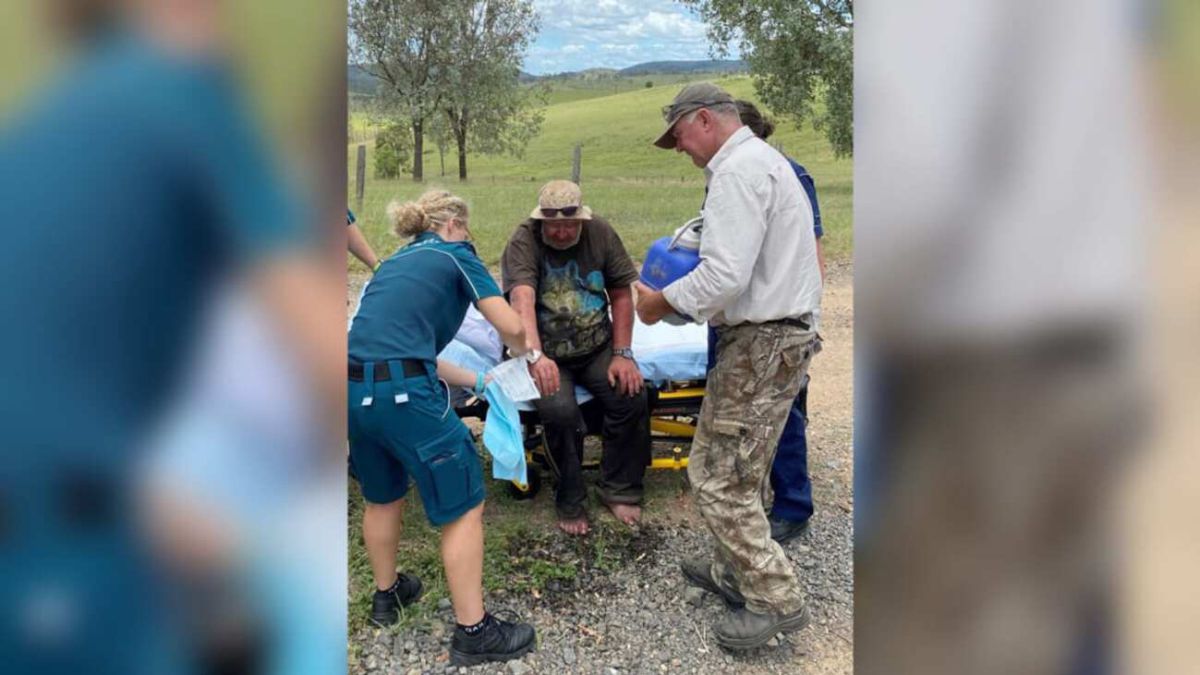 A Man Survives 18 Days Lost in the Jungle

Donald Trump greets his supporters upon his arrival in West Palm Beach, Florida

Donald Trump resumed his life as a common citizen in Mar-a-Lago on Wednesday, his luxurious golf club in Florida, away from the spotlight that was focused on the inauguration of Joe Biden as the new president of the United States.

When the ceremony for his Democratic successor was at its height in Washington, the billionaire drove to his club in West Palm Beach, escorted by about thirty cars. One of them was carrying the military officer who was carrying the famous suitcase with the nuclear codes.

Trump flew to Florida for the last time on Air Force One. He was accompanied on board by his wife Melania and their son Barron, in addition to the eldest sons of the magnate: Donald Jr, Ivanka y Eric.

The outgoing president, who did not comment to reporters during the flight, was received by hundreds of supporters. Fans lined the route leading to Mar-a-Lago, waving American or Trump campaign flags.

Ivanka Trump and her husband Jared Kushner at Donald Trump’s farewell at Andrews Military Base, Maryland.

When the procession slowed down, the smile of the former president could be glimpsed as he observed the messages brandished by his followers: “Trump’s landslide victory”, it read on the poster of a crying woman. Others said “Welcome home” o “Trump 2024”.

“We love you”, some shouted. A few steps away, a group of Biden supporters carried a sign with the message: “You are fired, you are a loser.”

Before flying to Florida, Trump was honored in a lackluster little ceremony to which many guests were missing.

At most a 500 people traveled to Andrews military base, on the frigid periphery of Washington, where the wind beat hard.

A few hours before Biden arrived at the White House, the now former president enjoyed a ceremonial in his honor: an air force orchestra played “Hail to the Chief” and 21 cannon shots were fired.

“We have the largest country in the world”Trump said in a short speech that had the tone of a campaign speech, except this time it was to say goodbye. “It has been for me the greatest honor and the greatest privilege to be its president”added.

Regardless of the number of supporters, the ceremony was supposed to be meant to honor a leader at the height of his power.

However, it marked the departure of a President who ends his term with the prospect that the Senate will open an impeachment shortly after the inauguration of his successor.

Trump is accused of “incitement to insurgency” for asking his followers to march to Congress on January 6, in an insurrection that resulted in five deaths.

The ceremony must have disappointed Trump because not even his vice president, Mike Pence, who until now had been loyal to his boss, said goodbye. Instead, Pence attended Biden’s inauguration.

Since Biden’s inauguration was at noon, Trump had the minutes counted if he wanted to fly to Florida aboard Air Force One and then arrive at his club accompanied by a presidential caravan.

With the aim of increasing the number of spectators, the White House had tried to activate his network and multiplied the number of invitations to his farewell. He also informed his guests that each of them could take up to five people.

Supporters of Donald Trump as they arrive at the Mar-a-Lago residence in Palm Beach, Florida.

Anthony even got an invitation Scaramucci, the former communications director removed from office after just 11 days at the start of the Trump, and who later became a caustic critic of the president.

“Believe me, If I received an email it is because the invitation was sent in morea, ”he said on the Inside Edition TV show.

Trump could not count on even two of the most staunch supporters he had during his tenure: the Republican leader of the Senate, Mitch McConnell, and his House of Representatives counterpart, Kevin McCarthy. They both preferred a mass Biden attended.

At Andrews Military Base, two officers rolled out the red carpet in front of the Air Force One stairway that would take him out of Washington. It was one last walk, icy and lonely, for former President Trump.