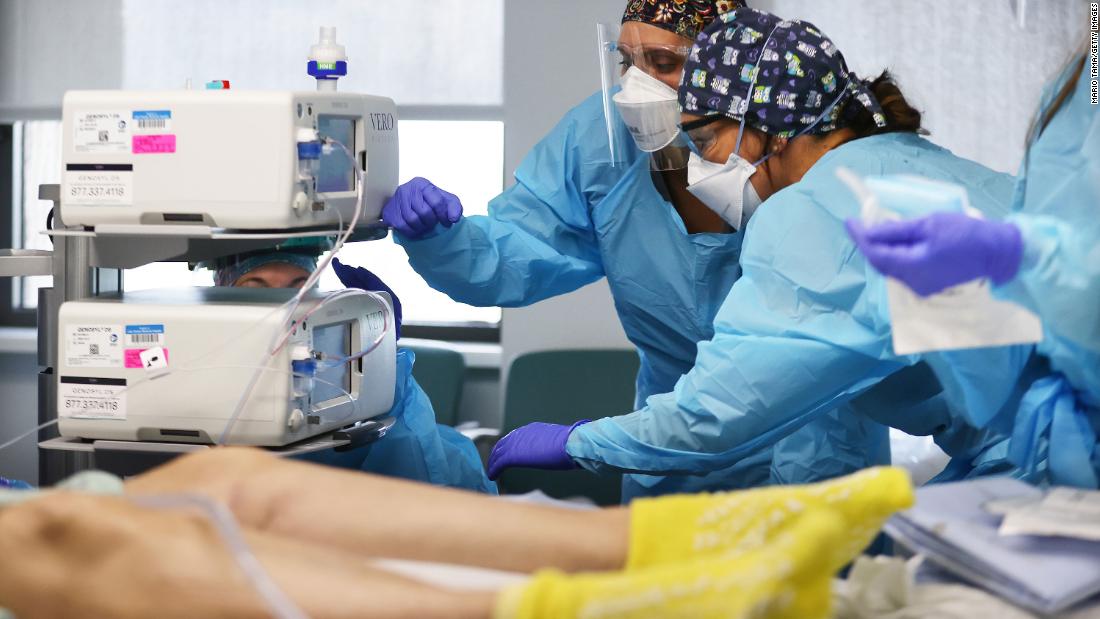 The record for daily cases of coronavirus in the United States was broken on Tuesday, when infections with two highly contagious variants, Delta and Omicron, have spread to interrupt travel and vacation gatherings, overwhelm families with infected people and exhaust to healthcare personnel.

E average seven – day l cases in the United States exceeded 267,000 on Tuesday, according to a database of The New York Times , when approaching the third year of the pandemic COVID-19 .

The record came just a day after the Centers for Disease Control and Prevention (CDC) cut the number of days infected Americans should be isolated from 10 to 5 days.

The CDC changed course as Omicron’s rapid expansion has worsened labor shortages , disrupting the hospitality, medical and travel industries, among others.

The agency did not recommend rapid tests for Covid before people came out of isolation, and experts warned that the omission risked increasing new cases and putting even more pressure on already overburdened healthcare systems.

The previous record for daily cases in the United States was set on January 11, 2021, when the seven-day average number of cases reached 251,232. That was during a catastrophic winter that was far worse than today, when more than 62% of Americans are fully vaccinated.

And preliminary evidence, including some hopeful reports from South Africa, suggests that Ómicron causes milder symptoms than other variants, and in addition, there are vaccines and boosters against COVID-19 that help prevent serious illness and death.

Hospitalizations have also increased, averaging more than 71,000 a day, but remain well below peak levels. And while deaths have also risen, the daily average of 1,243 deaths is a fraction of the record 3,342 reported on January 26, 2021.

The Omicron variant has shown that it can infect vaccinated people more frequently than that observed with the Delta variant that has been predominant in the country until early December, although vaccinated people may have less severe symptoms.

Meanwhile, the flood of patients threatens to overwhelm hospitals just as health workers themselves are increasingly infected.

It should also be noted that a significant number of patients remain infected with the more deadly Delta variant.

On Tuesday, the CDC reported that Omicron cases accounted for a significantly lower percentage of the total number of cases expected, about 59%.

And for the week ending Dec. 18, the agency lowered its estimate from 73% of new Omicron cases to around 23%, meaning Delta remained dominant through this week.

Omicron is hitting the Washington, Maryland and Virginia region especially hard, all three states breaking all records for daily case counts on Monday, according to The New York Times .

Maryland’s seven-day average for daily new cases is more than double the previous record set almost a year ago, in January.

And Virginia reported more than 18,000 new cases over Christmas weekend, with Fairfax and Arlington counties showing positive cases have quadrupled in the past two weeks. None of the positive test counts reported in the region include home testing, meaning the number of people infected is likely even higher.