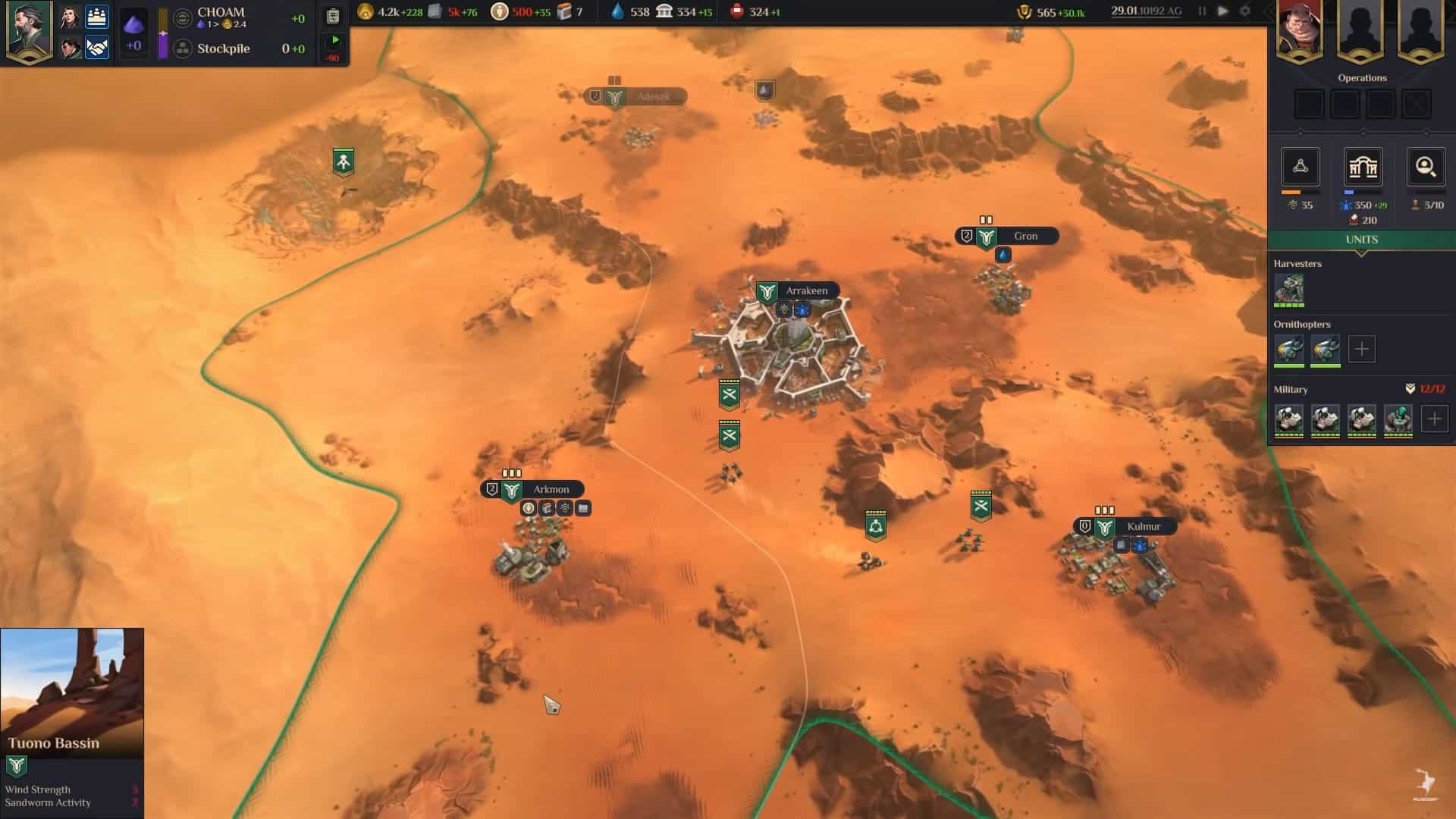 Dune: Spice Wars is coming to Steam with Early Access

A bipartisan group of senators announced an agreement in principle on gun safety legislation Sunday, which includes “necessary mental health resources, improves school safety and student support, and helps ensure that dangerous criminals and those who are declared mentally ill cannot buy weapons,” they reported in a statement.

Notably, the announcement includes the support of 10 Republican senators, which would give the proposal enough support to overcome Senate filibuster. The deal is significant given how divided lawmakers have been on the gun issue, but the actual legislative text is yet to be written.

The proposal includes support for state crisis intervention orders, funding for school safety resources, an improved review process for buyers under the age of 21, and penalties for false purchases.

Critically, the legislation includes a so-called early warning provision, in which the government provides “resources to states and communities to create and administer laws that help ensure deadly weapons are kept out of the hands of people who a court has determined that they are a significant danger to themselves or others,” according to the statement. The proposal would also include “major investments to increase access to mental health and suicide prevention programs; and other support services available in the community, including crisis and trauma intervention and recovery.”

US President Joe Biden said on Sunday that the deal “doesn’t do everything I think is needed, but it reflects important steps in the right direction.”

If passed, Biden wrote, the deal would mark “the most important gun safety legislation passed by Congress in decades,” adding: “With bipartisan support, there is no excuse for delay and no reason why you shouldn’t move quickly through the Senate and the House of Representatives.

“Every day that passes, more children are dying in this country – the sooner it gets to my desk, the faster I can sign it, and the sooner we can use these life-saving measures.”

Biden also thanked Murphy, who led the negotiations for the Democrats, as well as Cornyn, Sinema and Tillis.

McConaughey recounts how he identified one of the victims in Uvalde 0:53

“The principles they announced today show the value of dialogue and cooperation,” Senate Minority Leader Mitch McConnell of Kentucky said in a statement. “I continue to hope that their discussions will produce a bipartisan product that makes significant progress on key issues like mental health and school safety, respects the Second Amendment, wins broad support in the Senate, and makes a difference for our country.”

Senate Majority Leader Chuck Schumer said he would introduce a bill “as soon as possible.”

“After an unrelenting wave of gun-related suicides and homicides, including mass shootings, the Senate is ready to act with common sense reforms to protect Americans where they live, where they shop and where they learn,” said the Democrat from New York. “We must act quickly to move this legislation forward because if it can save even one life, it’s worth the effort.”

Still, the deal would be significant given how divided lawmakers have been on the issue of guns, even after a series of devastating mass shootings, including one that killed 19 children and two teachers at an elementary school in Uvalde, Texas. .

A source with knowledge of the discussions said negotiators were hoping to get 10 Republican senators to sign the deal before it was announced, to show they can overcome the 60-vote filibuster threshold. Currently, the Senate is evenly divided between the Democratic and Republican conferences with 50 seats each.

The top four Senate negotiators — Murphy, Sinema, Cornyn and Tillis — were in talks throughout the weekend to work out the final details and have also been in talks with a larger bipartisan group of negotiators.

The House of Representatives voted 223-204 last week to pass a sweeping package of gun control legislation called the Protect Our Children Act. However, the measure is not expected to pass the Senate, amid widespread GOP opposition to stricter gun control.

The House’s passage of the legislation came hours after an emotional hearing on gun violence in which victims’ families called for more action.

The pain of the shootings is heard before the US Congress.

Democratic Rep. Jamie Raskin of Maryland on Sunday praised Senate negotiators ahead of the announcement for their work on the legislation, but stopped short of voicing support for the next package.

“Well, we would certainly vote on it and work on it,” he said on “State of the Union” when asked if he would vote for the bill, adding, “It moves in the right direction. We’re glad the Senate is I finally woke up to this.”

Rep. Alexandria Ocasio-Cortez, a progressive Democrat from New York, said later on the same show that she would be willing to support the legislation “if we take a real baby step, not kind of a distraction, I think, from the solution.” She stressed that including a provision for background checks is critical.

“You know, I think, if we can get background checks, my hope … my hope is that it’s a yes” to the legislation, Ocasio-Cortez said.