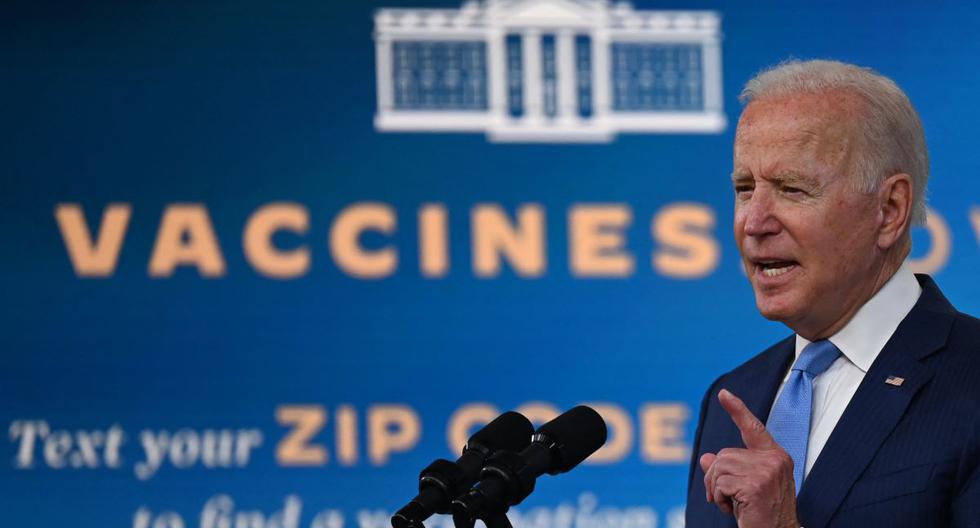 Biden to Order Mandatory Coronavirus Vaccination of all Federal Employees

The president of USA Joe Biden, said Wednesday that he hopes to speak with the president of ChinaXi Jinping, in the next ten days, after their last conversation in March this year and in full disagreement about their respective positions regarding the guerra in Ukraine.

Biden announced his intentions when asked by journalists after landing at Joint Base Andrews, returning from an event in Massachusetts, but did not offer more details about the issues he hopes to discuss with Xi Jinping. Asked about the possibility that the speaker of the House of Representatives, the Democrat Nancy Pelosi, trip this summer to Taiwan – a scenario that greatly irritates China – Biden said the Army “You think it’s not a good idea”but that he does not know how the situation is.

The possibility that Pelosi will visit Taiwan in the coming weeks it was published by the Financial Times and has generated great rejection by the Chinese government. Earlier this month, the US Secretary of State, Antony Blink suggested to his Chinese counterpart, Wang Yi, that he leave his neutral position and pressure his partner Moscow to end the war in Ukraine, in the absence of “signs” on the part of Russia that it wants a diplomatic solution to the conflict.

“We remain concerned about China’s alignment with Russia”, Blinken said during a press conference at the Ritz Carlton hotel in Nusa Dua (in the east of the Indonesian island of Bali), after a five-hour meeting with Wang Yi.

Their meeting, the first since Russia invaded Ukraine on February 24, came after both participated the previous two days in a meeting of foreign ministers of the G20, the group of the main industrialized and emerging economies, which was also attended by the Russian Foreign Minister, Serguéi Lavrov.

The heads of diplomacy of the main world powers left their face to face until after the meeting, which was starred by the war in Ukraine and the problems in food, energy and economic security that the armed conflict has generated, as well as by the uncomfortable presence of Lavrov. Ukraine was, as expected, one of the leading issues in the conversation between Wang and Blinken, who criticized Beijing for reaffirming its “neutral position” regarding the invasion of Ukraine by Russia, an ally of China.

“Beijing says that it is neutral, but I tell them that it is very difficult to remain neutral in the face of such aggression.”, remarked Blinken, encouraging the second world economy to stop “protect (Russia) in international organizations and echo its propaganda.”