Matthew Taylor, the father of two children aged 2 years and 10 months who were found dead in Baja California, Mexico, claimed that he murdered them because they carried within “their mother’s snake DNA” and feared they would turn into monsters.

As reported Telemundo and the newspaper The San Diego Union-Tribune, the man was detained by the border authorities of United States as suspected of having murdered his children of United States nationality.

Border agents detained Taylor, 40, when he wanted to cross from Tijuana to his country through the San Ysidro entry point last Monday. The man was charged with two counts of murder abroad of a United States citizen.

Taylor, who runs a surf school in Santa Barbara (California) and is a graduate of San Diego Point Loma Nazarene University, was accused by his wife of having taken their children in a van last Saturday.

The woman told the police that Taylor did not answer the messages, but she did not believe that he would hurt his two children. In addition, she said that she was concerned because there was no car seat in the vehicle.

After 24 hours, the woman filed a complaint for the disappearance of the minors. Based on the affidavit, the wife was able to report that Taylor had been in Rosarito Sunday thanks to the Find My Phone app.

Detectives indicated that in a video of security cameras, they observed that Taylor checked into a hotel in Rosarito on Saturday with the two little ones.

Hiram Sánchez Zamora, prosecutor of Baja California, said that the images show Taylor leaving the hotel on Monday morning (around 2 in the morning) with the two minors. A few hours later, the subject returns, but without his children.

On Monday at 7:27 a.m., the police from Baja California received a call about the discovery of the bodies of two minors. They were in a ditch near the El Descanso ranch, between Tijuana and Ensenada.

The boy was found with 17 stab wounds and the girl with 12. Even, very close to the bodies, an “ebloodstained wooden stake”. In principle, it was believed to be the murder weapon. Thanks to the same location application, it was located on the same Monday at Taylor near the San Ysidro port of entry, on the US-Mexico border.

After the arrest of Taylor, the US authorities received the information of the discovery of the bodies, which matched the description of the children.

The subject said that he had killed them with a speargun, which he launched a couple of kilometers further with the bloody clothes and the baby blanket. The Mexicans were able to find these objects.

Taylor related to the FBI agents that he had murdered them by shooting them in the chest because he had been “illuminated by QAnon and the Illuminati conspiracy theories” and believed that “I was saving the world from monsters”.

In addition, Taylor indicated that he was “receiving visions and signals that revealed that his wife possessed snake DNA and had passed it on to their children”. 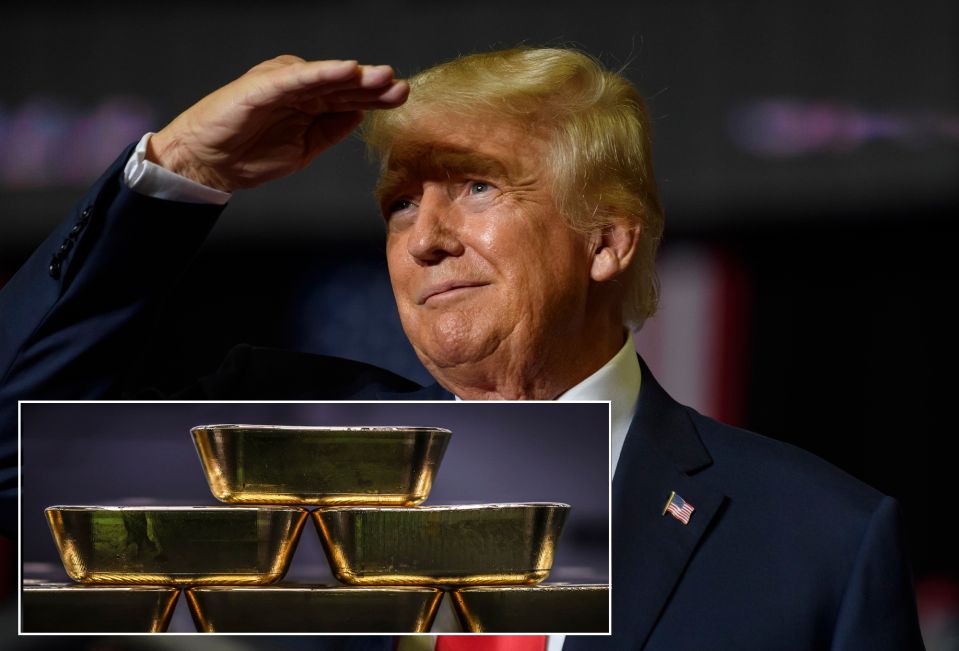