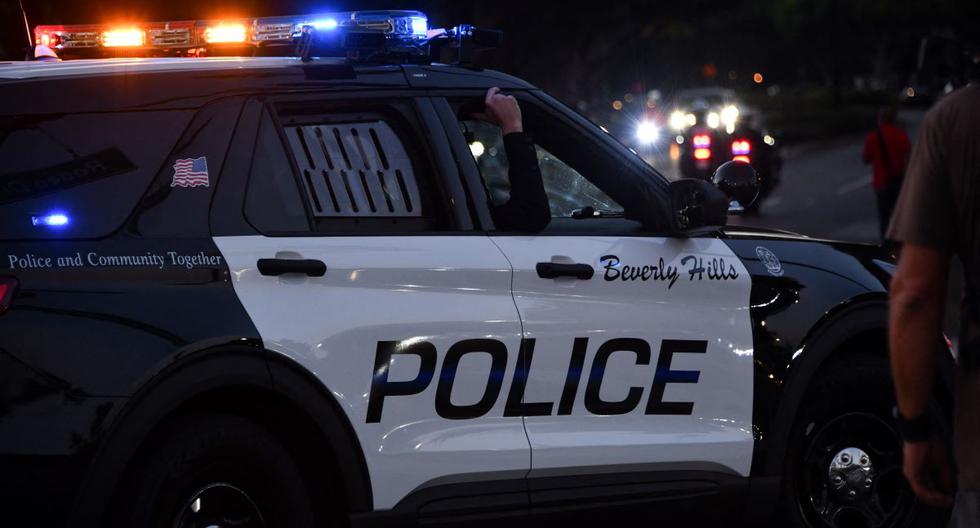 One of the controversial interventions was when he compared the president with a Kenyan athlete (Photo: Twitter @ sandyaguilera)

With six fractured ribs and blood in my lungs, was how they would have located in a hospital the youtuber Sandy Aguilera, a regular attendee of the president’s morning conferences Andrés Manuel López Obrador.

According to unofficial versions, published by journalist Carlos Jiménez, Aguilera came to a cosmetic surgery treatment to reduce your waist, but the procedure would have been misapplied at a suspected beauty clinic / spa.

The injuries would have been fractures from the fourth to the sixth right arch, as from the third to the ninth and tenth left arch, in addition to pulmonary contusion and pleural effusion. For which she was transferred to the Traumatology hospital of the Mexican Institute of Social Security (IMSS), in Lomas Verdes, Naucalpan State of Mexico.

Ministerial agents would have secured the place where Sandra Angelica Aguilera Olguín, the aesthetic procedure would have been attended.

The youtuber was reported missing for at least 36 hours (Photo: Twitter @ c4jimenez)

Regarding his health condition, the Displaced Journalists account has communicated that Aguilera Olguín is in intensive care and Larsa Comunicaciones, the medium for which the communicator works, requested 10 blood donors, who will be able to go to the hospital unit from 07:00 hours on January 21.

The owner of the YouTube channel, Sandy Aguilera Oficial, was reported missing on January 18. According to the search tab, was last seen in the Ciudad Satélite de Naucalpan neighborhood, after her escorts dropped her off at the beauty clinic.

She arrived at the site together with guards from the Mechanism for the Protection of Journalists of the Ministry of the Interior who were assigned to her, they did not hear from her for 36 hours.

Thus, the Mexican prosecutor’s office deployed an inspection operation at the Circuito de Toscano 18 property of the referred colony. According to preliminary inquiries, has three fractured ribs on each side. After a CT scan, it was reported that there was no damage or alteration, according to the Attorney General of the State of Mexico.

The beauty clinic was secured with stamps from the Mexican prosecutor’s office (Photo: Twitter @ c4jimenez)

These injuries are life-threatening and may take more than 15 days to heal. So far he has not made statements to the Public Ministry by voluntary decision. Personnel from the Mexican Public Prosecutor’s Office conducted expert reports to assess the conditions in which the beauty clinic operates where Sandy Aguilera regularly attended.

During the morning of this January 20, the federal president was questioned by a communicator about the disappearance.

On March 8, 2019, Sandy Aguilera praised the health of the president and compared it to a Kenyan runner. “We all want to know what he does. If you use an alternative method, if you use hyperbaric chambers. He has a lot of energy, really. And you are like a Kenyan runnerWe haven’t even seen him with a cold, ”he said.

This caused laughter in the press room and López Obrador responded with a smile: “I’m fine and good. I believe that it is important in everything to be well with oneself ”.

In Mexico, journalists dodge bullets, pressure from criminal groups, even from the State itself, and also the fear of being disappeared. From 2003 to date, Article 19 has registered the disappearance of 23 journalists in Mexico, 15 of them during the government of Felipe Calderón Hinojosa (2006-2012). But the account continues to add up.

Mexico was the country with the most journalists killed in retaliation for their work during 2020followed by Afghanistan and the Philippines, according to a report published by the Commission to Protect Journalists, a New York-based group.