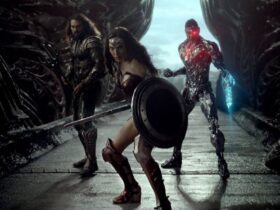 Justice League: Snyder-Cut will not be a series after all

Attorneys general from 24 states, including Florida and Texas, which have a high incidence of covid-19 in recent weeks, they announced this Thursday that they will file a lawsuit against the president Joe Biden, if he insists on forcing private companies to vaccinate their employees.

He noted that the 24 prosecutors, mostly with Republican governments, urged in a letter sent this Thursday to President Biden to eliminate the vaccine order if he does not want to risk “legal action”.

Prosecutors recall in the letter that on September 9, the Democrat announced a new emergency rule that will affect all companies with 100 or more employees, in which at least 80 million people work.

These companies must ensure that their workers are fully vaccinated or, otherwise, they must show a negative test result at least once a week.

According to prosecutors, the president is exceeding his functions, pointing out that it is the states that by law must ensure and protect the safety and health of their citizens.

They stressed that “states are prepared to file a lawsuit after the implementation of the planned mandate on private sector employees to receive a covid-19 injection, undergo weekly tests or be fired.”

According to prosecutors, “the risks of spreading covid-19 also vary widely depending on the nature of the business in question, many of which can cause your employees, for example, to work remotely.”

Biden also signed a decree in early September that establishes a vaccination mandate for the 2.1 million employees of the US federal government.