For a hundred days, there are no more presidential tweets in capital letters and with exclamation marks. There are no more analysts trying to square the circle or trying to understand the reason for what is happening in the heart of the Government of USA. Donald Trump is no longer the tenant of the White House, and it seems like more time has passed since he moved to Florida.

His successor, Democrat Joe Biden, has printed a new style. Much less bombastic, more leisurely, but not for that lacking in audacity. The traditional American media have lost ratings, readership, and there are no major scandals, except that of his dog Major, who has already bitten two people. The very high polarization has been put aside, for now, and the country has decided to give a truce to its new president.

But the honeymoon has not been free. In these hundred days, Joe Biden it has not rested on its laurels. Knowing that it received a divided country, seriously affected by the pandemic and eager to begin to reactivate, it has undertaken a series of reforms in addition to an aggressive vaccination campaign.

The president promised that 100 million doses would be injected in the first 100 days, and he reached the goal just on the 58th day of his mandate. As of Saturday 143 million Americans received at least one dose, in a population of 330 million people.

Injection to the economy

Congress has also decided to back him with its $ 1.9 trillion pandemic reactivation package, but lawmakers have yet to be convinced to approve the other daring economic plans drawn up by the administration. Biden and that they seek to inject a huge amount of money into the state coffers, something never seen since Franklin D. Roosevelt (1933-1945).

“It is an investment that only occurs once in each generation, something not seen since we created the interstate highway system and the space race decades ago. In fact, it is the largest investment in jobs since World War II. “said the president when he announced his infrastructure plan in Pittsburgh at the end of March.

“The speech he gave to Congress last Wednesday is the embodiment of how he wants the country to think about its first 100 days. And this was seen in the way he organized the speech. The first topic was vaccination, which has been his top priority in his first months in the White House. The second issue was his package of economic stimulus laws and that he could get them passed in Congress. But if he focuses on passing laws on police reform, Supreme Court reform or immigration, he would need 60 votes in the Senate. [que no los tiene, porque tiene 50 senadores demócratas]. These reforms will still have to wait and I don’t think they will be approved in the next two years. The general expectation is that he has very little time for any of his projects to prosper in the current Congress “Professor John Carey, associate dean of the Faculty of Social Sciences at Dartmouth College, in New Hampshire, commented to this Journal.

His reactivation proposals point to a public infrastructure plan for 2.25 trillion dollars in addition to a tax reform project and a plan for American families, announced before Congress this Wednesday, with an investment of 1.8 trillion dollars. and that it aims to support the care of children under the age of five, as well as the co-financing of education in community colleges. The latter seeks to be solved through a rise in taxes on the most solvent companies and the richest Americans, a matter almost considered taboo in the country that is the flagship of neoliberalism.

In fact, many analysts compare these proposals with the welfare society promoted by the European social democracies.

“If he can get all these reforms through, the US economy would look like much more than a social democracy. But it is likely that he will not be able to pass his entire program “Carey says.

“There are polls in the country that show divergences between people’s support for the programs and support for social democracy. Individual programs have a lot of support in the polls. If you ask Americans about college education, child care, health insurance, they say they agree; but if you ask them about their support for social democracy, they say no “Carey adds. “The philosophy of small government and low taxes is something that has a lot of support.”

But yes Biden He has passed these first 100 days with a passing grade – he is supported by 55% of the population, according to an average of several recent polls – his term has just begun and there is still a lot of cloth to cut.

The tiny majority that he has in the Senate is not enough to be able to get the approval of all his plans, but on his side is his vast experience in Congress – more than four decades as a senator endorse it – that could avoid the recurrent obstructionism of the opposition. 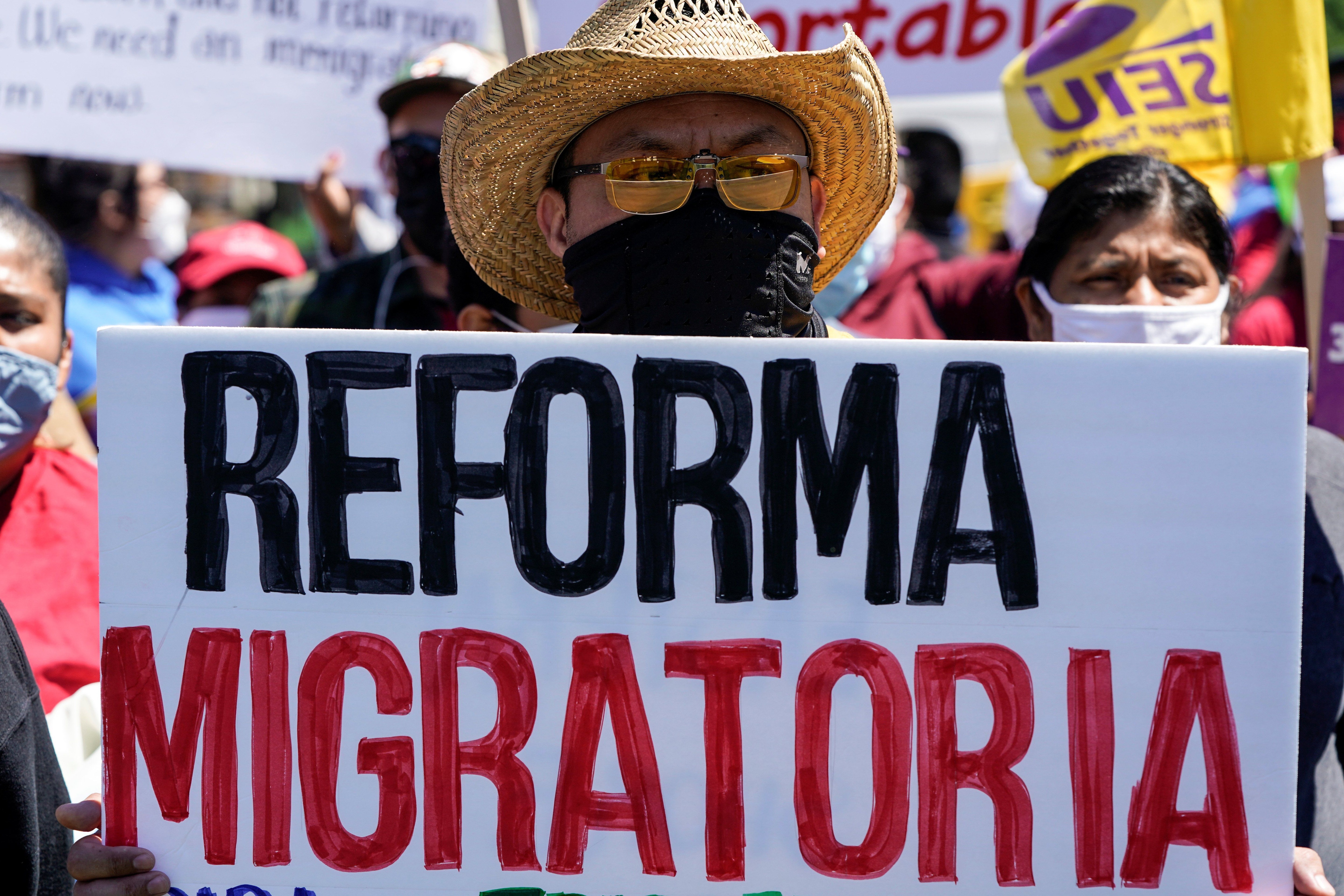 Although immigration reform is a frustrated project since the George W. Bush administration, Congress cannot agree. With Biden it would be no exception.

“Biden he’s doing everything he can to make it difficult for Republicans to obstruct. He is doing a good job, but over time almost any government loses support. Even now, on this honeymoon, his approval is 55%. Obama had about 60% in the same time period”Says Carey.

On the other hand, the waves of migrants who have reached the border have not stopped and it has been the ideal excuse for Republicans to long for Trump’s zero tolerance policy. Even if Biden He promised that he would pave the way for the legalization of 11 million undocumented immigrants, the truth is that his priority is for Congress to approve his economic plans before entering a muddy terrain – and in which he will not achieve consensus – such as the expected immigration reform.