The corona pandemic continues to keep the world in suspense, so that the film and cinema industry, among others, is struggling with restrictive restrictions. In many countries around the world, the cinemas are still closed. As a result, many production companies and film distributors are forced to postpone the start dates of numerous Hollywood blockbusters again. That comes from a recent report by the Hollywood Reporter.

The industry has already cleared almost the entire area between January and March 2021, so that the focus is now on the period from the second quarter of this year. It was actually planned that the agent film James Bond: No Time to Die should hit cinemas on April 2, 2021 after several postponements. However, according to some unspecified sources, this date is now also very unlikely. The sources currently assume that a further shift can be expected – until the end of the year.

This will probably happen to almost all films whose premieres are or were planned until July 2021. These include A Quiet Place 2 (scheduled date: April 23, 2021), Black Widow (May 7), Fast & Furious F9 (May 28) and Venom 2 (June 25). So far there has been no official confirmation of the postponement, so you should view the whole thing as a rumor for now. However, given the current developments in the corona pandemic, further delays are very likely. Similar reports surfaced by the middle of this month.

When the mercenary Samantha (Megan Fox) and her team rescue the kidnapped daughter of a governor from the clutches of African terrorists, everything initially looks like a routine job for the experienced professionals. But the head of the kidnappers Zalaam and his men immediately follow their heels and a dramatic chase begins, which leads Samantha’s mercenary troops to an abandoned farm. The team soon realizes that the site was previously used by poachers to raise lions, which were then sold to trophy hunters and animal dealers – and that not all lions have left the farm. On the run from the terrorists and the most dangerous predator in Africa, the soldiers understand how quickly humans can reach the end of the food chain when hunters suddenly become the hunted. 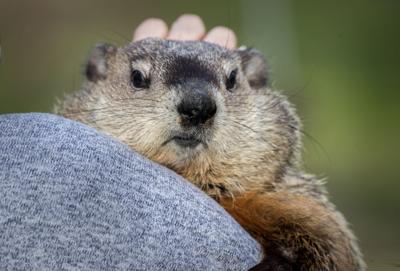 Where can i watch Groundhog Day 2021: stream the Bill Murray movie online from anywhere