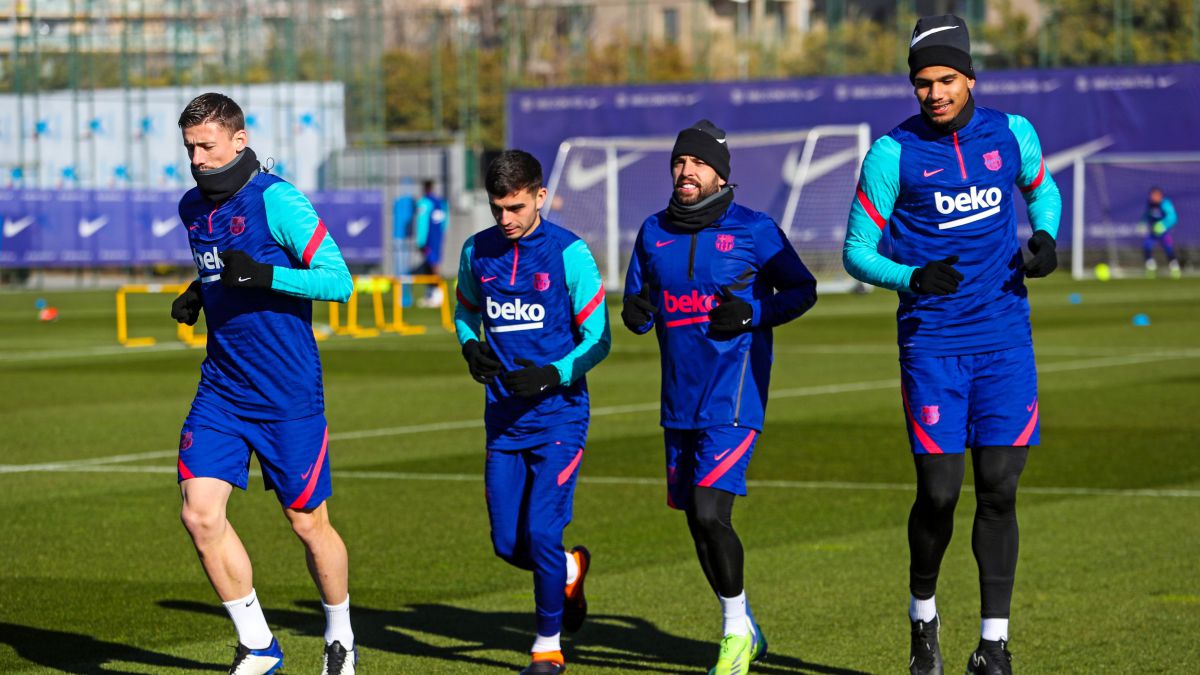 Umtiti returns and Messi and Dembélé do work in the gym

MADRID (AP) – Lionel Messi caught up with “O Rei” with a goal that required more suspense than expected to achieve. But not even the milestone of the Argentine star prevented Barcelona from losing more points in La Liga.

Messi reached 643 goals in his career with Barcelona on Saturday, with a header that shook the nets after missing a penalty, in the duel that the Catalans equaled 2-2 with Valencia.

With this target, “Lio” equaled the goals mark with the same team in official duels, which the legendary Pelé imposed in his 18-year stint with his country’s Santos.

“When your heart overflows with love, it is difficult to change your path. Just like you, I know what it is to love and wear the same shirt every day. Just like you, I know that there is nothing better than the place where you feel at home. Congratulations on your historical record, Lionel, ”said Pelé through his Instagram account. “But above all, congratulations on your beautiful career at @fcbarcelona. Stories like ours, of love for the same club for so long, will unfortunately be increasingly rare in football. I admire you a lot”.

The historic goal came unexpectedly after Messi took a mid-range penalty that goalkeeper Jaume Doménech rejected during the first-half discount. But Jordi Alba focused on the small area, where after a deflection from behind the ball reached the area of ​​the Barça star to send it to the goal with a frentazo

Messi thus obtained his sixth target of the course.

Uruguayan defender Ronald Araujo, 21, made his debut as a Barça scorer with a half scissors in the area at 52 for the second goal for the locals.

French defender Mouctar Diakhaby opened the scoring for the visitors with an accurate header from a corner kick at 29. Uruguayan striker Maxi Gómez scored the second with a low shot in the area at 69.

Barça jettisoned the option of stringing together three wins for the first time in the tournament and stalled in fifth place with 21 points. Valencia is 12th with 15.

“We have not been well throughout the game, we lost control, we lost balls in defense and I saw the team with doubts,” said Barcelona coach Ronald Koeman.

Luis Suárez was reunited with the goal to open the gap to the victory of Atlético de Madrid.

The Uruguayan striker achieved a double to end a four-game fast without scoring and boost the 3-1 victory over Elche. The triumph consolidated Atleti at the top of the Spanish League.

Suárez first took advantage of a diagonal pass from the Englishman Kieran Trippier, who brushed to give him goal direction before the unsuccessful attempt to deflect it from goalkeeper Édgar Badía in the 41st minute.

In the complement he arrived at the exact moment to a pass from the left sector to send it to the networks upon arrival at the second post at 58.

Forward Diego Costa reappeared with the colchoneros and scored his second goal of the penalty tournament at 80.

Argentine striker Lucas Boyé cut for the visitors in his first dangerous action with a header at 64.

Atleti resumed the triumphal path after giving up their undefeated step – after falling in the derby against Real Madrid – to stay on top with 29 points, with two games pending. Elche stalled in 15th position with 14 points in the match for the 14th round.

Real Sociedad lost the first position in La Liga, suffering its second consecutive defeat, this time against Levante, a team that left the relegation zone thanks to the result. The Basque team receives Atleti on Tuesday, in a compromise that could define whether Real Sociedad fights for the top in the remainder of the campaign or falls towards the rungs in which it appears more usually.

Costa entered the squad of strategist Diego Simeone after missing the last three dates after being diagnosed with a thrombosis. The penalty he sent to the nets was marked in an action in the area in which he himself received a contact that the referee Xavier Estrada valued as a foul.

Gerard Moreno scored his seventh and eighth goals, to be the leading scorer of the season, and Villarreal defeated Osasuna 3-1 with 10 men.