Claudia Villafane was established as the great winner of the first edition of Masterchef Celebrity Argentina, after a close final that was recorded weeks ago in which she and Analia Franchin had to perform a menu of steps. However, Dalma and Gianinna’s mother only found out during the broadcast of the program, in parallel with the public, that she was the champion.

As told Marcelo Polino in the program Team flower, from the channel and the producer They decided to record two results of the finals: one in which the jury made up of Donato de Santis, Damián Betular and Germán Martitegui gave Franchín as the winner and another in which they announced that the award was being carried by “La Tata”, as he affectionately calls her his family.

“It is not known who won. In the networks it is said that it is known, but no. It was recorded with a modality in which two endings were made so that no one knows. The program was recorded as usual, and then a clerk took the vote of each jury, and the envelope is to be opened tonight. Nobody knows yet who has won this first edition of MasterChef Celebrity ”, the journalist had explained Monday morning.

The rest happened in editing and the participants and the rest of their former colleagues, who were also on the floor watching the recording of the final, found out on Monday night, in full broadcast, at the same time as the public.

Claudia, as posted on her social networks, watched the program at home, hugging her daughters Dalma and Gianinna in the garden, sitting on a blanket on the grass. “Always like this, together and at the same time I love them with all my heart”, she wrote and surely although they are not in the photo, she was accompanied by the rest of her family and friends.

Analía also watched the final at her home with her family. But he could not stand the anxiety and recorded several videos on Instagram: “They’re all watching the show in there. I tell them that if I lose, don’t tell me ‘uh, you still won’ as they feel sorry for them. I’m happy to have gotten here, I can’t take it anymore. I have accumulated anguish, joy, I don’t know what to say, let the cut end ”.

After taking the test that consisted of preparing in 90 minutes a starter, a main dish and a dessert worthy of a top-level restaurant, the jury made excellent returns to both and Santiago del Moro announced the commercial session.

Minutes later and after a long silence, Martitegui finally said: “The winner of Masterchef is …the Tata”. And in the middle of the celebrations, Claudia said: “There is a lack of people that I would like to be here, like my grandson Benjamin, who is with his father, and Roma, whose father does not want to be shown on television. My mother, who is in poor health, and the father of my daughters who is not … I am very grateful and happy ”.

As soon as the name of the winner of the reality show that will soon have its second edition was known on television, Dalma posted a photo and congratulated her: “Always with you! Forever the 4 together! Thanks Babu! Thanks Tata! (Tata’s fringe is like this because we threw it into the pool!)”. 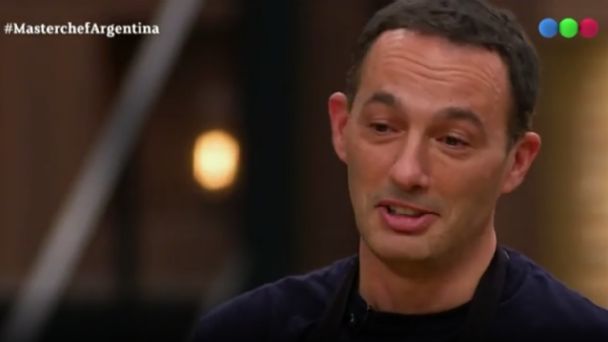