Biden falls off his bike during a walk on the beach

It is known that buying a gun legally in USA it is not a complicated task.

Being of the required age and passing a criminal background check is sufficient in some states. In others, neither the antecedents are necessary.

However, there is an even easier way to own a gun without the need for any checks or red tape: build your own gun at home.

It is as simple -and legal- as ordering a kit on the internet with the different parts and tools.

The result is almost the same: a firearm.

But without serial number. No registration. No controls. Without any authority knowing that you have it. Accessible to minors and people with mental disorders.

They call them “ghost weapons” (ghost guns, in English) because when they are assembled at home, there is no way they can be traced.

The US Office of Alcohol, Tobacco, Firearms and Explosives (ATF), however, considers them “legal” as long as they are intended for personal use.

But this Thursday, President Joe Biden signed an executive order to try to control – and restrict – the sale of materials and tools that allow assembling this type of weapon at home, in addition to other measures to try to stop the “epidemic of gun violence.” .

“Gun violence in this country is an epidemic and an international shame,” Biden said from the White House lawn.

The president questioned the ease with which these weapons can be assembled and the danger they pose.

“These are homemade weapons (…) Consequently, anyone, from a criminal to a terrorist, can buy this kit and in just 30 minutes, assemble a weapon,” he said.

Shortly after Biden’s speech, mass shootings were reported in South Carolina and Texas.

The legal sale of arms is protected by the Second Amendment of the United States Constitution and any attempt to control it is viewed with suspicion by the defenders of this amendment, mainly Republicans from non-urban areas.

Several Republican congressmen and pro-weapons organizations criticized the executive order, which also seeks to ban other devices that can be used in shootings and to invest funds in prevention.

The National Rifle Association, America’s largest gun lobby, described the measures as “extreme” and said it was ready to fight them in court.

A report by Giffords, the gun control organization co-founded by Arizona congresswoman and shooting survivor Gabrielle Giffords, notes that the popularity of these types of weapons has grown over the years.

When they were first marketed, the report indicates, they were generally bought by amateurs who “had a lot of free time” and rarely appeared at crime scenes.

However, a frequent measure of their rise is seizures by authorities and the fact that they have been behind numerous shootings in the United States in the last decade, usually carried by people who would not pass background checks to legally buy guns. in a shop.

According to a report by The TraceIn California alone, 30% of weapons recovered by law enforcement in 2019 lacked serial numbers.

Brady, another group against gun violence, cites a report from KABC-TV in which authorities say the 41%, of the weapons they dealt with in the same state in 2020 were of this type.

Several federal agencies have denounced over the last few years that the risks posed by this type of weapon are not only a problem for violence in the United States, but could also become a regional issue.

In 2013, Michael Yarbrough, a man from Corpus Christi, Texas, was sentenced to 10 years in jail for buying more than 900 firearm replacement and receiver kits and selling some of the AK-47s he assembled to use. transport them to Mexico.

Mass shootings in which “ghost weapons” have been used

According to statistics from Center for American Progress, “ghost weapons have been used in various mass shootings in the last decade

Giffords research indicates that “ghost weapons” can also be made from plastic parts or can be assembled from elements sourced from 3D printers.

Kits and online tutorials for assembly have proliferated in recent years, to the point that some experts have said that if a person can assemble Ikea furniture, they could also assemble this type of weaponry. 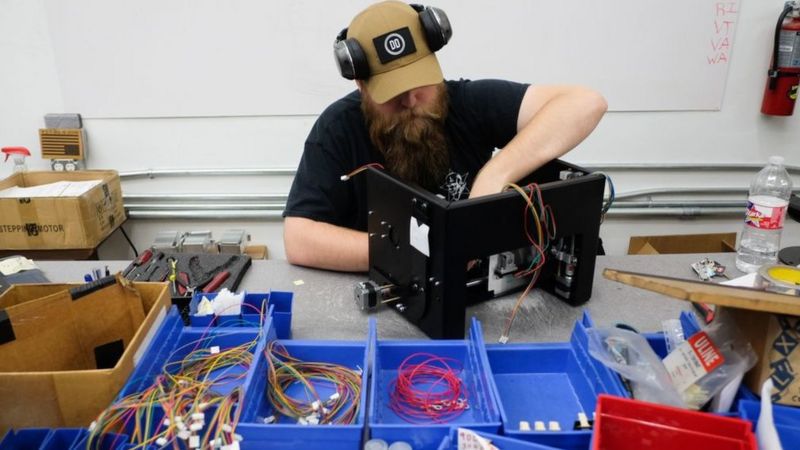 Some “ghost weapon” parts can be obtained through 3D printers. (Photo: AFP, via BBC Mundo).

Why are they difficult to track

In the United States, generally, arms manufacturers and importers place a serial number and marks on firearms, which identify the manufacturer or importer, make, model and caliber, according to Giffords reports.

In the event of an emergency or shooting, authorities can then trace these weapons back to their first buyer.

However, this is not required for “ghost weapons”. 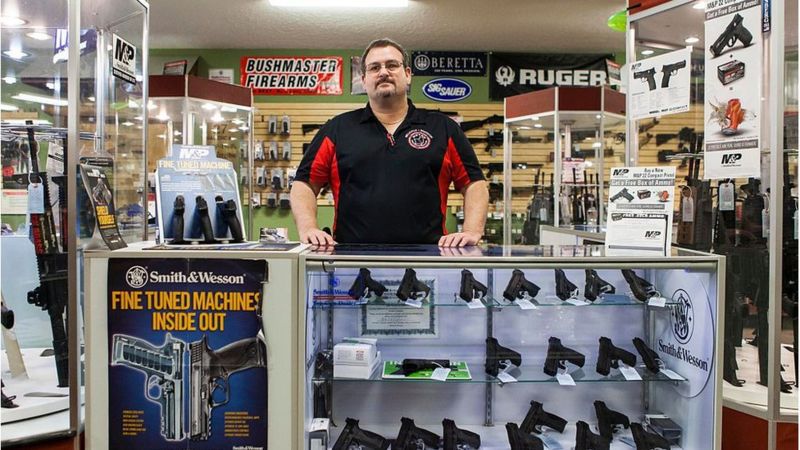 To buy traditional weapons in the US you need to meet certain requirements. (Photo: Getty Images, via BBC Mundo).

According to Brady, this is because these are made from parts that are not technically finished and require a few extra steps at home, like drilling a few holes, before they can be used to make a functional pistol.

And the ATF has long interpreted the definition of firearms as those that are ready for use, meaning that those that are not technically finished or that require some additional steps before they can be used are not subject to these requirements. legal.

Therefore, they are not required by law to use a serial number.

It is not clear at the moment how the Biden administration will try to fix these legal “loopholes”.

The executive order signed Thursday gives the Justice Department 30 days to propose legislation to help reduce the number of “ghost weapons” in the country.