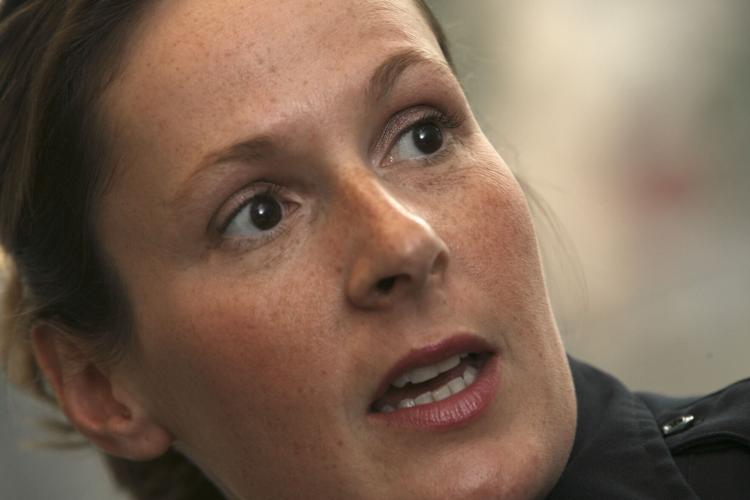 They will prosecute police who killed young black man in Minnesota

“Elizabeth Ann”, a female black-footed ferret (Mustela nigripes), is the first cloned specimen of a native North American species in danger of extinction and the hope of scientists and conservationists to recover the species.

Created from the frozen cells of “Willa,” a wild black-footed ferret that lived more than 30 years ago, and born last December, “Elizabeth Ann” was introduced this week by the US Fish and Wildlife Service, Revive & Restore, ViaGen Pets & Equine, San Diego Zoo Global and the Association of Zoos and Aquariums.
All of these entities came together to achieve “the first cloning of an endangered native species in North America, providing a promising tool for ongoing efforts to conserve the black-footed ferret,” said Noreen Walsh, director of the Service of US Fish and Wildlife.
After being born, “Elizabeth Ann” was given to a female at the Huron Conservation Center in Colorado, who is raising her with her young normally, as can be seen in several videos posted on social networks.
The Service came to think that black-footed ferrets were extinct until a Wyoming rancher discovered a small population on their land in 1981.
These ferrets were captured to start a captive breeding program in order to recover the species, which today is declared in danger of extinction.
However, the low genetic diversity of current black-footed ferrets, since they all descend from seven individuals, makes recovery tasks difficult.
“Cloning can help address significant genetic diversity and disease resistance barriers to support habitat conservation and reestablishment of additional populations in the wild,” noted the Fish and Wildlife Service.
Without an adequate amount of genetic diversity, a species often becomes more susceptible to diseases and genetic abnormalities, as well as limited adaptability to conditions in the wild and a decreased fertility rate.
“Willa”, the father and mother of Ann Elizabeth, was one of the last wild ferrets captured, has no living descendants, and is therefore not one of the seven founders.
The Wyoming Game and Fish Department had the foresight to preserve her genes and sent tissue samples from Willa to the San Diego Zoo Global Frozen Zoo in 1988.
The Frozen Zoo, which has a cryogenic bank, established a cell culture of Willa and has managed the frozen cells ever since, making the existence of “Ann Elizabeth” possible.
In 2018, the Service issued the first recovery permit for research into the cloning of an endangered species, allowing Revive & Restore to initiate genetic analyzes and proofs of concept.
From that, ViaGen Pets & Equine successfully created embryos from the frozen cell line and implanted them into a domestic surrogate ferret.
A genomic study revealed that the “Willa” genome had three times more unique variations than the living population. Therefore, if “Elizabeth Ann” mates and reproduces successfully, it could provide genetic diversity unique to the species.

“Maintaining and increasing wild populations and suitable habitat remains essential to the recovery of the black-footed ferret and will continue to be a priority for the Service,” continued Walsh.

“Successful genetic cloning does not diminish the importance of addressing habitat-based threats to the species or the Service’s focus on addressing conservation and habitat management to retrieve black-footed ferrets,” he added.