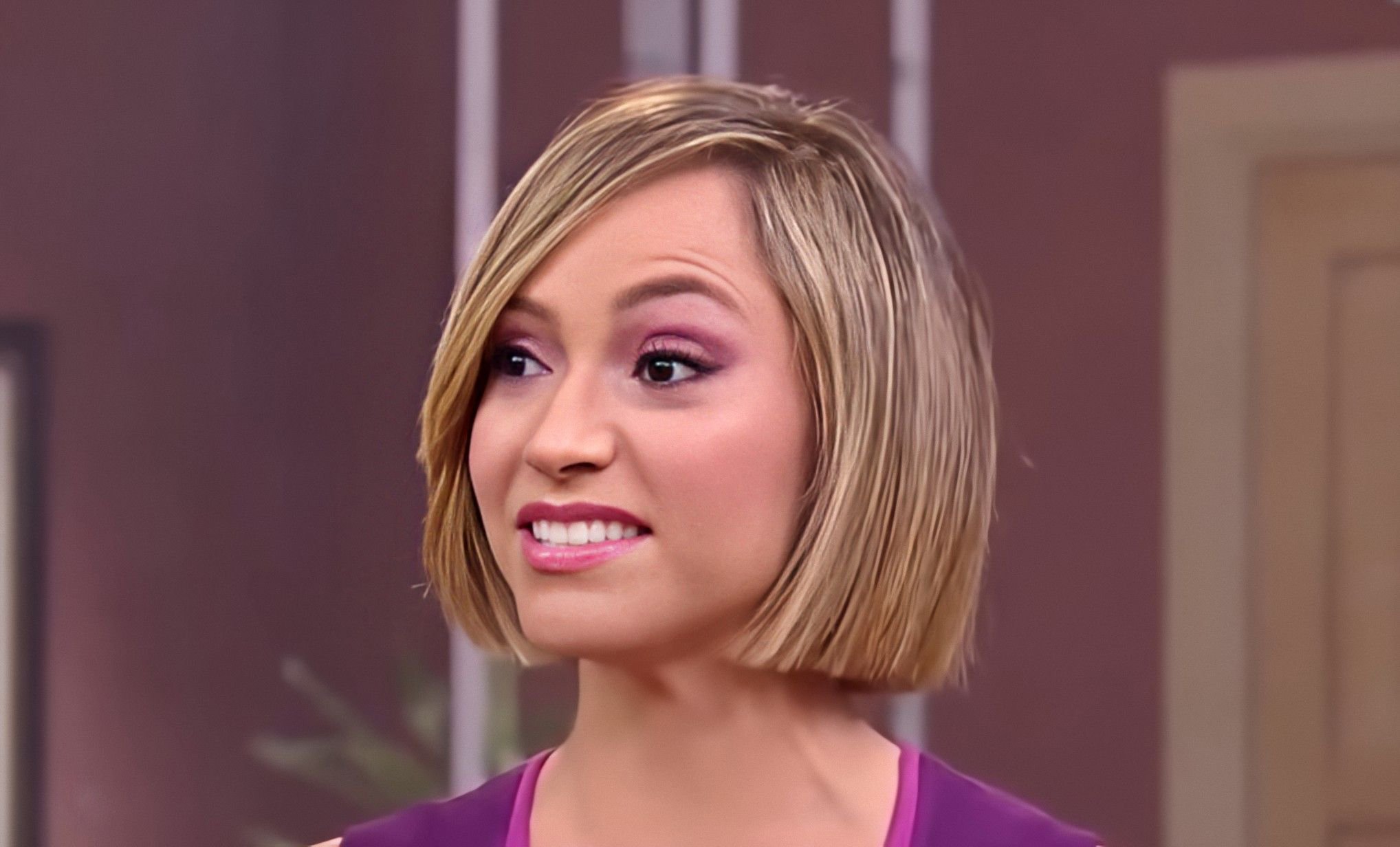 What has become of Satcha Pretto, one of the most influential Hispanic presenters in the US?

Mayor De Blasio admitted that areas such as East Elmhurst, South Bronx, and Corona, with a greater Latino presence, are still in the queue for access to doses, while Governor Cuomo showed that only 16% of those vaccinated are hispanic.

The loud complaint that was shouted at Mayor De Blasio in Queens last week , when he inaugurated the vaccination ‘mega center’ at Citi Field, with only 250 doses, is real: the neighborhoods hit hardest by COVID- 19 are the least able to access vaccination against the outbreak.

This was confirmed this Tuesday by the Mayor himself during his daily press conference, where he presented a new web page that tracks vaccination rates in the Big Apple by postal zone, and where it was evidenced that 1,336,382 of vaccines that have already been put in New York City, neighborhoods hit by the coronavirus continue to lag behind in receiving doses.

In particular, in the neighborhoods of East Elmhurst and Flushing, in Queens, which accounted for much of the more than 7,000 confirmed deaths left by the pandemic in that county, many of them Latino, only 4% and 6% of the adults have been vaccinated.

The information compiled by the City reveals a great disparity in vaccine distribution between white communities and those Latino and black neighborhoods. Poverty also showed a huge gap in vaccination, as areas of greater resources are ahead in immunization.

Manhattan neighborhoods such as the Upper East Side and Upper West Side, and Staten Island, have the highest COVID-19 vaccination rates in the Big Apple, as opposed to the South Bronx, and South and Central Queens, and downtown Brooklyn , hit disproportionately by the pandemic, remain in the queue for vaccination.

The Deputy Commissioner of the Department of Health, Torian Easterling , confirmed the worrying x-ray for the poor neighborhoods affected by the COVID-19 crisis more severely , as Latinos have already been denouncing who have not been able to schedule an appointment to be vaccinated, not even with the arrival of immunization centers near their neighborhoods.

“As we’ve seen, there is a much smaller proportion of vaccines going to African-American New Yorkers. We see that these geographic disparities are also reflected (…) The postal code data provides not only a map of the places where New Yorkers are vaccinated, but it is also a roadmap for our response to COVID, ”said the official. “In recent weeks, we have launched mass vaccination sites at Citi Field and Yankee Stadium, sites that are reserved for residents of those counties. These join our 15 Health Department vaccination centers in local schools and other clinics, such as the Corona clinic, which operates 24 hours a day. “

Commissioner Easterling added that he hopes that outlook that is leaving vulnerable communities behind will change in the coming weeks with increased vaccine supplies, the City’s big complaint.

“We are hopeful that in the coming weeks, New Yorkers living in areas with fewer health care resources will see us even more as we fight to make sure the vaccine is truly for everyone,” the commissioner said. “The important part is not just building trust around vaccines, but also making sure our communities know that we are here to truly serve them.”

José Medina , who works as a food delivery man, gave a face to the data revealed by the City and mentioned that he has been trying to make an appointment to get vaccinated for more than two weeks and they always tell him to call later, because there is nothing available.

“There is no doubt that the Hispanics and the people of Corona who suffer so much with COVID have left us behind. For everything we are always the last, but I think this should end and that they give priority to our people, “said the Mexican worker.

Jaime Manrique, who this Tuesday morning received the second dose of the vaccine at the center set up at the Javits Center, called for more Latinos to be encouraged and not afraid of the vaccine, but said that in his case the The scheduling experience was very easy.

“I saw everything very orderly and very organized, although I do believe that more vaccines are needed so that more people can get them,” said the writer.

Likewise, the air worker , Carlos AB, who also went to the same place to get the second dose of the vaccine, acknowledged that making the appointment was very complicated, since the internet system was not working very well when he scheduled it.

“Inside here everything has been very organized and fast, but if I struggled getting the quote on the page , I had to do about 10 attempts before they gave it to me,” said the young Mexican.

“Despite all the challenges and all the things that are not as they should be, and the support that we are still trying to get from the federal and state government, this city continues to make progress in vaccination. Last week was actually the best week for vaccinations since vaccinations began in December. We had a record number of doses administered last week: 317,227 ″said the Mayor, who aims to have 5 million New York adults vaccinated by June, and who insisted on asking for more vaccines. “Right now, we could be getting half a million shots every week if they just gave us the supply. We need more help from the federal government. We need the federal government to help us get more supplies, get supplies directly to New York City. We need the state government to give us the flexibility we need. We need our fair share of vaccine. “

The Mayor highlighted that although the city is carrying out 53% of the vaccination plan of the entire state, they only have 45% of the vaccines in all of New York

“If we got our fair share of the state allocation, we could be doing at least 25,000 more shots per week. Therefore, we need it to be addressed quickly so that we can continue to accelerate this effort, De Blasio said.

The local president announced in passing that next Thursday a vaccination center will open in Staten Island, located in the Empire Outlets.

The new data from the City on disproportionate access to vaccines, coincides with other figures presented by the governor, Andrew Cuomo, where it is verified that Latinos as an ethnic group, beyond their neighborhoods, lag behind in vaccination.

The state president presented a report showing that in the Big Apple, of the total number of vaccines applied, are whites, with 58% who have been vaccinated the most, followed by Asians, with 19.9%. Latinos are almost three times less vaccinated in proportion to whites, with only 16%, followed by blacks, who represent 14.4% of those vaccinated.

“We know the vaccine is the weapon that wins the COVID war and we are doing everything we can to get arm injections as quickly as possible while continuing to prioritize access and equity for underserved communities,” Governor Cuomo said, insisting in a call to be patient. “More than a million New Yorkers have been fully inoculated against the COVID virus and that’s great news, but we won’t stop until all New Yorkers have had a chance to get vaccinated.”

The Governor’s Office cautioned that the federal government has increased weekly supply by more than 20 percent over the next three weeks, but as the number of New Yorkers with comorbidities who qualify for the vaccine has grown since February 15 to approximately 3 million , more supplies urgently.

On the other hand, Cuomo revealed that more than 250,000 people with comorbidities and underlying diseases already registered to be vaccinated, on the first day of opening appointments for this group.

The president stressed that with the figure of 250,924, that is so far the highest number of appointments assigned by the State in a single day, since the vaccination program against COVID-19 began last December.

“We are working hard to expand eligibility, make it easier for New Yorkers to get appointments and get vaccinations across the state, and the system is working, ” Cuomo said . “250,000 appointments in a single day is a milestone, and we can do more, we just need more vaccine supply. We are seeing the system work, more New Yorkers are finding out if they are eligible, making appointments and getting vaccinated. But we need more supply from the federal government to push our vaccination effort into overdrive. “

Vaccination against COVID-19 in figures