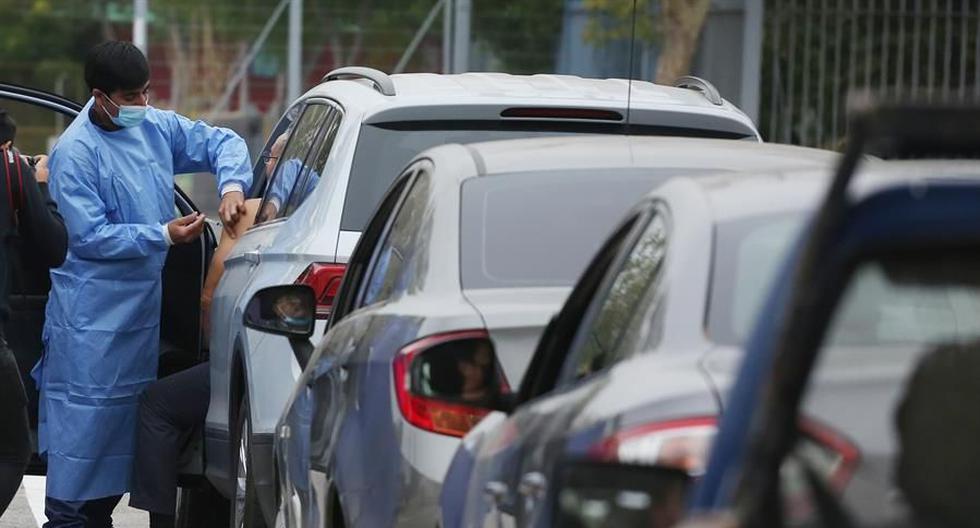 The coronavirus pandemic worsens in Chile despite its successful vaccination process

The mayor, Anthony F. DeFillipo, said that there will be no risk for tourists of being sanctioned with the withdrawal of the American visa.

The mayor of the city of North Miami Beach (USA), Anthony F. DeFillipo, invited international tourists to get vaccinated against COVID-19, without risk of being punished for it with the withdrawal of the visa, as reported by this Monday local media.

DeFillipo even said that he had contacted the consulates of Honduras, Peru and Colombia to notify their citizens.

“Here they will have their injection from Pfizer and no one will take away their tourist visa,” DeFillipo promised in an interview on Facebook that is reproduced by media such as Univision and Radio Actualidad.

After the controversy over the so-called “vaccination tourism”, which broke out in January as a result of Argentine tourists posting videos of downtown Miami on social networks where the dose was applied, the state of Florida made the presentation of documents certifying that you reside in this southern US territory.

Governor Ron DeSantis said in his day that in Florida there are many people from outside who have residences here where they spend seasons that also receive the vaccine.

Despite the requirement, many Latin Americans come to Florida daily to get vaccinated and do so by presenting bank statements from a local bank or property deeds.

Throughout the United States, more than 235 million vaccines have already been supplied and in Florida 8.6 million of the first dose or mono-dose of Johnson & Johnson and 5.3 million of the second of the Pfizer and Moderna vaccines.

According to the millionaire philanthropist Bill Gates, founder of Microsoft, in four months there will be a surplus of doses in the country.

“In North Miami Beach it is possible to have the Pfizer injection for free. This is what we have been doing and we have had thousands and thousands of people come to our door,” Mayor DeFillipo said in an interview on Facebook.

“Tourists only need their passport and the address of the hotel or consulate to get vaccinated,” explained the mayor. And he clarified that there is no risk that city residents will run out of their vaccine. (I)