Marieke Lucas Rijneveld, the Dutch person who defines herself as non-binary and who gained notoriety by winning the 2020 International Booker Prize, withdrew from a project to translate the work of the African-American poet Amanda Gorman after the violent reactions against the publishing house in charge of the project, generated by the criticism of an activist for whom the translation should be in the hands of a black specialist as the author.

Rijneveld had announced on social networks on February 23 that he would work for the Meulenhoff publishing house on the project of translating the verses of The Hill We Climb -the poem Gorman read during the inauguration ceremony of the US president Joe Biden– as well as the first collection of poems by the author. In turn, Gorman had replicated the tweet of the Dutch writer.

Soon after, the Dutch cultural activist Janice Deul questioned the measure in an opinion piece for the Dutch media De Volkskrant. “An incomprehensible choice, in my opinion and that of many others who expressed their pain, frustration, anger and disappointment through social networks,” he wrote.

Deul’s criticism of Meulenhoff lies in not having chosen a translator who shared a skin color with Gorman and was a “young artist, woman and, without a doubt, black.” For her, Rijneveld, 30, is “an incomprehensible choice.” 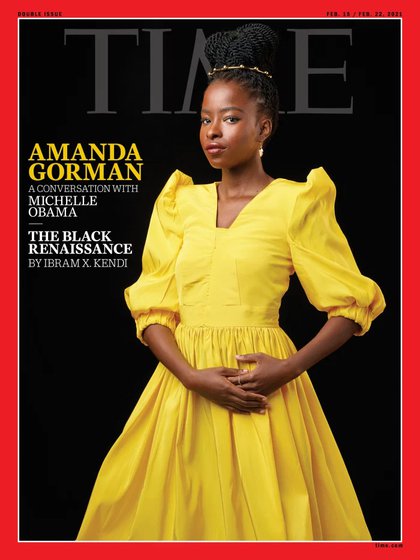 Amanda Gorman is already a celebrity and made to the cover of “Times”.

“Isn’t it, to say the least, a missed opportunity to hire Marieke Lucas Rijneveld for this job?” added the activist and pointed out that the author who defines herself with a non-binary identity “has no experience in this matter.”

“Nothing to the detriment of Rijneveld’s qualities, but why not choose a writer who, like Gorman, is an artist of the spoken word, young, female and unapologetic, black?”

The criticism prompted Rijneveld to resign from the offer, who said on her Twitter account: “I am shocked by the scandal surrounding my participation in the Dutch translation of Amanda Gorman’s work, and I understand people who feel hurt for Meulenhoff’s decision to choose me”.

“Amanda’s team has said that they still support Meulenhoff’s election and I appreciate the trust that has been placed in me. What interests me is the richness of the language”, she added. 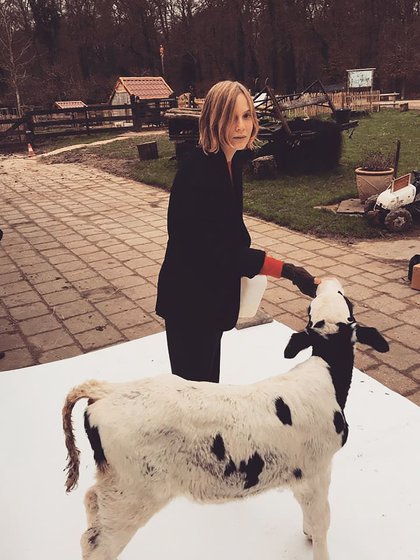 “I happily dedicated myself to translating Amanda’s work, in which I saw as the greatest task to maintain her power, tone and style. But I was well aware that I was in a position to think and feel like her, where many cannot. I still wish that your ideas reach as many readers as possible and open many hearts,” added Rijneveld in her message.

For its part, in a statement, the Meulenhoff publishing house said that it understood the author’s decision. “We want to learn from this, through dialogue, and we are going to go a different path with the new knowledge,” said General director of the label.

Later, Deul, satisfied to have achieved his goal, responded in a new tweet that included images of the statements of Meulenhoff and Rijneveld: “Thank you for this decision.”