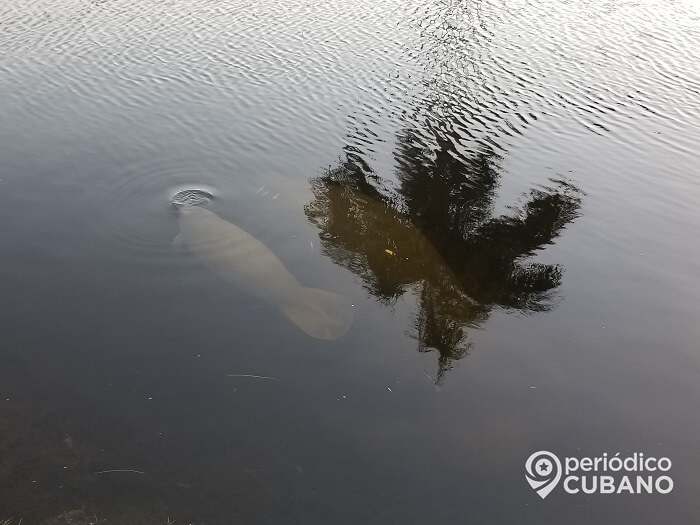 When Donald Trump bought his seaside golf course in a wealthy Los Angeles suburb in 2002, vowing to surround it with “some of the prettiest houses in California (USA)”. But the 105-hectare property on the Palos Verdes peninsula had a problem.

Geologists working for the city did not want to authorize part of it for housing construction due to the instability of the soil under the field, built on a cliff prone to landslides and overlooking the Pacific Ocean.

The refusals enraged Trump, which lobbied and litigated for eight years in a failed attempt to reverse geologists’ conclusions and win approval for the development, according to interviews with planners and geologists and a Reuters review of public records and court files.

Finally, Trump abandoned the plan to build 16 homes and resorted to the tax code to make up for profit losses, securing a $ 25 million tax deduction in exchange for a promise not to develop the land.

The agreement with a non-profit conservation entity allowed it to continue using the land as a driving range for Trump National Golf Course.

The 2014 agreement, known as a conservation easement, is now one of the focuses of a broader investigation by the attorney general of New York, Letitia James, about you Trump He mishandled real estate values ​​for tax benefits and other economic gain, according to court records filed by his office.

“Information Regarding Trump Golf LA Valuation Is Important To The Attorney General’s Investigation”The office said in a presentation.

A lawyer from the Organization TrumpJill Martin (who worked in the California easement and whose office is on the golf course) declined to comment. Other attorneys representing Trump and its businesses did not respond to requests for comment.

Conservation easements are typically agreements between landowners and non-profit organizations dedicated to preserving open spaces. In exchange for giving up development rights, homeowners can get a charitable tax deduction based on an estimate of the loss in value made by a real estate appraiser.

These deals are coming under increasing scrutiny from tax authorities and congressmen, who argue that wealthy developers often get huge tax breaks in exchange for easements that bring little public benefit. The Internal Revenue Service has been especially skeptical of easement values ​​on golf courses.

Some tax specialists wonder if Trump it could have made $ 25 million from the development of the seaside land, as it has not been able to get approvals despite trying for years.

Even if I could have gotten those approvals, Trump it would have had to make a costly engineering investment to stabilize the foundations of the houses in the changing soils, raising questions about the value of the land and its development potential, according to local officials, geological consultants and tax specialists.

The troublesome effort of Trump By developing the land, and its continued use as part of its golf business, it also calls into question the public benefit of protecting it.

“What conservation value does an urban golf course have that cannot be developed anyway due to foundation problems?” Said Steve Rosenthal, senior fellow at the Urban-Brookings Center for Fiscal Policy in Washington.

Trump reached its easement agreement, for 4.5 hectares, with the Palos Verdes Peninsula Land Conservancy. Allen Franz, a former member of the organization’s board of directors and former president, acknowledged in an interview that the easement had little public value compared to most of the organization’s arrangements.

Conservation tends to focus on public use areas, such as parks or hiking trails. The driving range, by contrast, was just one part of Trump’s business.

“It doesn’t do us much good to have a conservation easement on a driving range.” Franz said.

However, some local residents appreciated that housing construction on the site was prevented, in part because they believed that the houses on the site would obstruct ocean views in the area.

Franz said that conservation had no “no role in assigning any valueTo the easement of Trump’s driving range, which is typical of these kinds of conservation deals.

The attorney general is also investigating a $ 21.1 million tax deduction claimed on the estate of Trump at Seven Springs, New York, through another conservation easement. The office declined to comment on its investigations into the easements. 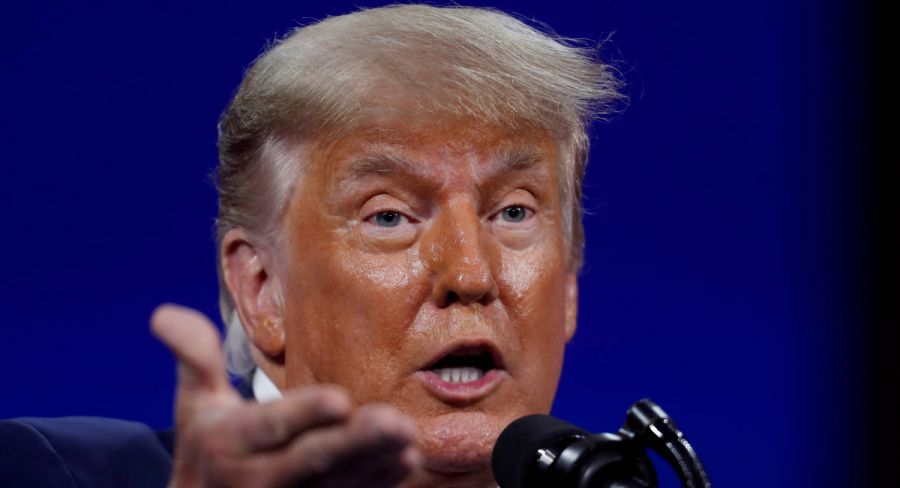 Determine the value of the development rights lost by Trump it is a central challenge facing New York investigators in proving that the former president obtained an improper or inflated tax deduction.

That may not be easy, and it depends on the question of whether a builder could have benefited from the development despite the lack of approvals and engineering costs. Developers and engineers said builders sometimes spend large sums on engineering to stabilize land for construction on high-value oceanfront lots.

Before reaching the easement agreement, Trump He kept insisting that he could build on the ground despite the instability of the soil and his difficulties in getting local approvals.

“It would be worth at least that,” said Scott Wellman, an attorney who represented Trump in his fight against the city, on the deduction of 25 million dollars.

However, the own Trump valued a parcel that covers most of the driving range at just $ 900,000 in a 2013 property tax appeal, just a year before signing the conservation agreement, according to Los Angeles County appraisal records.

The former president sought to reduce his taxes after a county assessor set the value at $ 1.1 million.

Trump has a history of assigning highly varied values ​​to the field. A legal filing from the attorney general shows that Trump’s appraisers in the conservation easement assigned a value of $ 107 million to the entire property in December 2014, including the driving range.

In 2005, the organization Trump he valued the property at $ 360 million on a financial statement, according to testimony in a defamation lawsuit filed by Trump over claims about his wealth.

The land around the field that can be developed has proven to be valuable. Trump sold more than 25 vacant lots lining the field from 2007 to 2019, for a total of $ 48.2 million, with a median price of about $ 1.6 million each, according to property records. 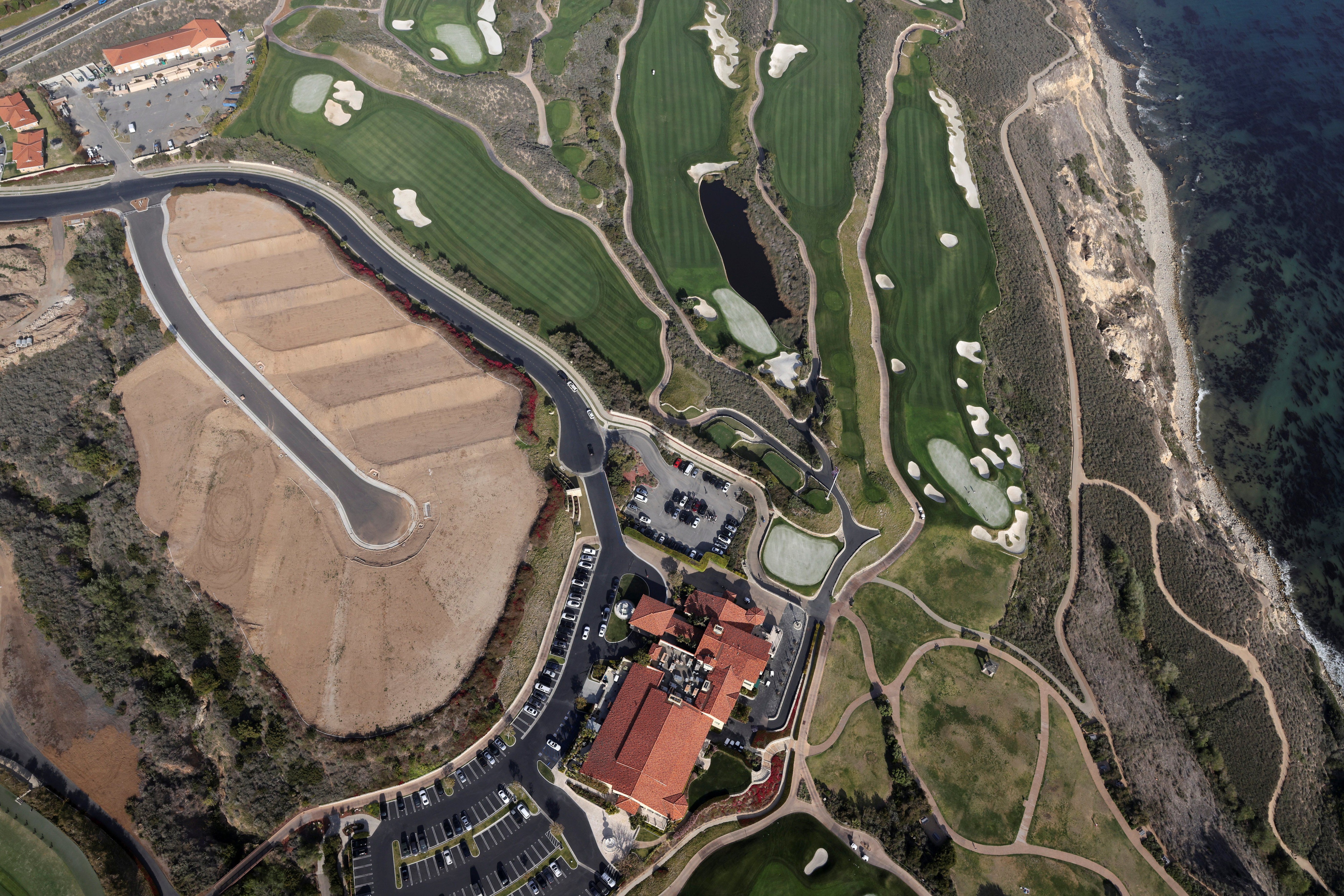 “All he did was intimidate us.”

The story of Trump as owner of the golf course of The Angels is a study of the aggressive tactics that became the hallmark of his business career and his tenure in the White House. When he encountered resistance in the isolated coastal enclave, the tycoon repeatedly tried to push his way through the obstacles with threats, insults and legal action.

In 2003, he sued the local school board in a dispute over the rent he owed for land he needed for the field; the school council prevailed. To block the view of some neighboring houses that he did not like, Trump planted a row of trees without municipal permission. In 2006, he erected a gigantic 21-meter mast without permission. When city officials objected, he accused them of being against the American flag.

“Councilman Stern does not want to remove a flagpole, he wants to remove the American flag,” Trump wrote in a letter to the city manager, referring to then-Councilor Doug Stern. “You should be ashamed of yourself!”

The public intimidation was typical of the style of Trump, Stern said in an interview.

“All he did was intimidate us or try”, He said. “If there are two ways to do something to achieve a goal, it is not exciting to do it the right way. I always did it the wrong way”.