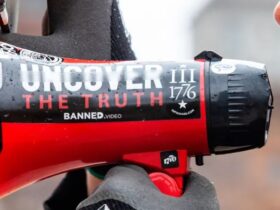 Although the profile of the president was blocked by the company after the assault on the Capitol on January 6, whose virulence was attributed to some extent to the inflammatory statements made by the businessman in the virtual sphere, his daughter-in-law Lara Trump, who has just been signed as a new Fox News interviewer, she did not hesitate to try to circumvent this ban by sharing on her own account the interview she recently conducted with her famous but controversial father-in-law.

However, this tactic has been quickly neutralized by the firm, which has not accepted the ‘return’ of Trump to the platform through the program ‘The Right View’ of the aforementioned Lara, wife of his son Eric.

“Following the line of blocking Donald Trump’s accounts, any content published on behalf of or at the initiative of Donald Trump will be removed from our ecosystem, in addition to leading to the implementation of new limitations on responsible accounts,” said a spokeswoman for Facebook.