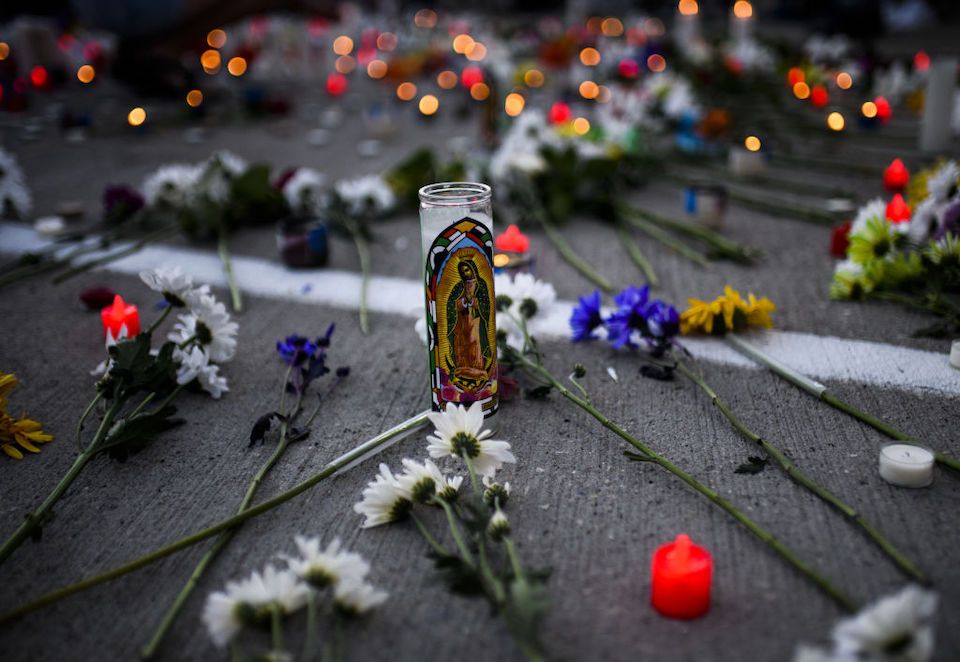 Vehicle Runs Over Protesters in Minneapolis; a woman dies

Covid-19 mRNA vaccines made by Pfizer / BioNTech and Moderna do not appear to pose any serious risk during pregnancy, according to new data published Wednesday in the New England Journal of Medicine.

Pregnant women with COVID-19 are at increased risk for serious illness and may be at increased risk for adverse outcomes, such as preterm delivery, according to the US Centers for Disease Control and Prevention, CDC. The study, along with existing research showing that mRNA vaccines are effective in pregnant and lactating women, suggests that the benefits of the vaccines outweigh the risks.

The new study reviewed data on 35,691 pregnant women between December 14, 2020 and February 28, 2021 from the CDC’s smartphone-based V-safe surveillance system, as well as data from the Vaccine Adverse Event Reporting System. (VAERS) from the CDC. All the participants were pregnant and between 16 and 54 years old.

The researchers followed a group within the V-safe system to collect more data on pregnancy outcomes and complications. This registry included 3,958 pregnant participants (out of 35,691) who had received an mRNA vaccine. They found 827 complete pregnancies and 115 (13.9%) experienced a pregnancy loss, while 712 (86.1%) resulted in a live birth. Preterm births occurred in 9.4% of the participants and only 3.2% of these births were of lower gestational age. Neonatal deaths were not reported.

Pregnancies in times of the coronavirusThere were 221 pregnancy-related adverse events reported to the CDC VAERS registry, and 46 of them were spontaneous abortions.

“Although not directly comparable, the calculated proportions of adverse pregnancies and neonatal outcomes in people vaccinated against COVID-19 who had a complete pregnancy were similar to the incidences reported in studies with pregnant women that were conducted before the COVID-19 pandemic. 19 ».

Side Effects of Vaccines in Pregnancies

The study also looked at the side effects of vaccines during pregnancy. The researchers found that the most common side effect of the vaccine was pain at the injection site, which seemed to occur more frequently in vaccine recipients who were pregnant. However, pregnant women less frequently reported headache, muscle aches, chills, and fever.

The researchers say more long-term studies are needed to assess the safety of the COVID-19 vaccine during pregnancy, and that this research should include follow-up with a large population that is vaccinated early in pregnancy.

“Continuous monitoring is needed to further assess maternal, pregnancy, neonatal and infant outcomes associated with maternal COVID-19 vaccination, including in early pregnancy and during the preconception period,” the researchers wrote. . “In the meantime, current data can help inform decision-making about vaccinating pregnant people and their healthcare providers.”

Waiting for your baby during the pandemic

Protection for mothers and newborns

In addition to being safe, research published last month showed that Moderna and Pfizer’s covid-19 mRNA vaccines are also effective in protecting pregnant and lactating women and their newborns. The study, published in the American Journal of Obstetrics and Gynecology that also used V-safe data, showed that mothers can pass protective antibodies to newborns.

Researchers from Massachusetts General Hospital, Brigham and Women’s Hospital, and the Ragon Institute at MGH, MIT, and Harvard looked at 131 women who received the Pfizer / BioNTech or Moderna vaccine against COVID-19. Among the participants, 84 were pregnant, 31 were breastfeeding, and 16 were neither pregnant nor breastfeeding. The samples were collected between December 17, 2020 and March 2, 2021.

Vaccine-induced antibody levels were equivalent in pregnant and lactating women compared to non-pregnant women. Antibody levels were “surprisingly higher” than those resulting from coronavirus infection during pregnancy, the team noted.

“These vaccines appear to work incredibly effectively in these women,” said one of the researchers, Galit Alter, a professor of medicine at the Ragon Institute.

While the team found similar antibody levels in women vaccinated with each vaccine, Alter said they found higher levels of IgA antibodies in pregnant women who received Moderna’s vaccine. He said that this particular type of antibody can be transferred more efficiently to babies, over a longer period of time.

“There is some reason to think that having higher levels of IgA immunity might be more protective,” Alter noted.