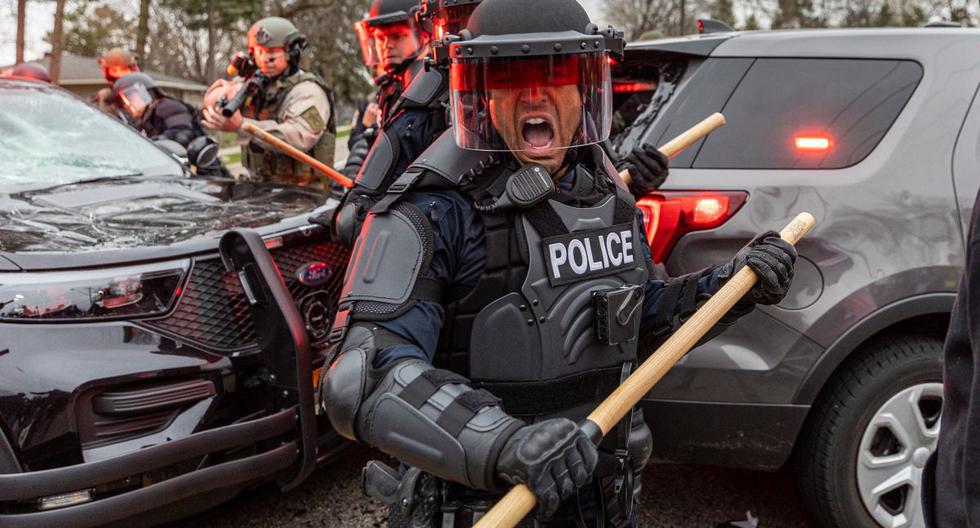 Tired of a history of violence, Noelia T., 35, filmed her ex-husband in the throes of aggression. The episode happened last Sunday, when she was driving in her car with her current partner and her four-month-old baby on board, through a rural area of ​​Gobernador Roca, in Misiones. Noelia’s ex-husband chased them in a truck and crashed to intimidate them. A dangerous and intentional maneuver that could have ended in tragedy.

“There’s the baby, you son of a bitch! There’s the baby! ”Shouts one of the occupants of the vehicle, while the car vibrates from the impact. The girl cries inconsolably. In the video, Noelia recounts the sequence and reveals the vulnerability and risk of the situation. “He’s hitting us from behind, parallel to the seat, please! He hit us from behind! The car is dragging us!”, exclaims the woman, in a case advanced by the local media Radio News and confirmed by police sources in the area Globe Live Media. The impact made them turn 180 degrees.

According to the complainant herself, the aggressor is Alfredo Tarnowski, a man with whom he has already cut ties and divorced for his assaults. Noelia rebuilt her life with a new partner, the other protagonist of the video, with whom she returned after a walk in the town of Roca Chico, on February 7.

Alfredo Tarnowski, the aggressor denounced in Misiones for gender and family violence

“He is 44 years old and we were married for ten years. He was a truck driver, then he opened a beer distributor. He is an alcoholic man, he suffers attacks of anger. As a result of these attacks I separated four and a half years ago, I got divorced”, Noelia commented about her attacker.

In an event similar to the case of the femicide of Ursula Bahillo, in the town of Rojas, the victim indicated: “I had to approach the Women’s Police Station four times to have my complaint taken.” He had several violent antecedents. In one of them, “he entered my house to assault me ​​when I was pregnant and it was not stopped ”. Since then, the Justice has ordered a perimeter restriction order. According to police sources revealed to Infobae, one of those complaints for family violence was filed in 2019.

After Sunday’s episode, the family filed a new complaint with the Gobernador Gálvez Women’s Police Station. Tarnowski ended up arrested, charged with the crimes of injuries, threats and damages and was summoned to an investigatory statement this Wednesday before the Court of Instruction No. 7 of Posadas, in charge of Miguel Mattos.

“Only one complaint was made for assault and threats. I do not know what level of aggression there must be for them to take the complaint of attempted homicide from us, ”said the woman. “On Monday morning he went with his own motorcycle to the police station”, lament.

According to your gaze, the woman points out that Tarnowski has supposedly local coverage because he is “a friend of the most recognized people in town.” “He is advised, he always found a way to get away,” he stated in the radio statements.

But last Sunday’s incident represented a breaking point. From social networks, Noelia exposed her previous partner and his persistence in attacking her. “This sick, psychopathic guy does not understand or accept the fact that I have overcome it and that today I have a baby from my current partner,” he commented in several posts.

“He always looks for a way to affect me with gossip, slander, or by refusing to deposit a food quota according to what is due by law. But I decided to move on and not let any of that affect me. Outrageous that he thinks he’s always going to get away with it. But this time NO! Because it’s all filmed and I’m going to demand justice”He warned.

For Noelia there is “a lot of bureaucracy” and the indifference of the judicial and police authorities to complaints of gender-based violence like hers. She reported that she requested “at least five times” that her children have a hearing with the judge in charge of their file, but they were never called. According to the complainant herself, Tarnowski would be in dispute over the payment of maintenance fees. Police sources specified that he shares, with his ex, a 10-year-old son and a 14-year-old teenager.

“Outrageous, to claim my rights and to be called ‘the madwoman of complaints’. It is outrageous that even though this guy broke the restriction more than once they haven’t put him in jail”, He pointed out in his personal account.

The woman believes that, unlike other times, the circulation of the video with the aggression of her ex-partner could help them to listen to her. “I fear for my life, for the life of my baby. I’m afraid that nothing will be done and that my name or that of my baby is part of a list like #NiUnaMenos” he lamented in radio statements.