Mexico registers four days in a row with more than 1,000 deaths from coronavirus

LONDON, Jan 13 (Reuters) – Nearly half of the staff working in intensive care units (ICUs) in England during the COVID-19 pandemic have severe anxiety, depression or post-traumatic stress disorder (PTSD), with some saying they feel they would be better off dead, according to a study published Wednesday.

Many ICU nurses and physicians reach the clinical threshold for PTSD, anxiety, or drinking problems, and the symptoms are so severe that some reported contemplating self-harm or suicide.

Such severely poor mental health among ICU staff caring for critically ill and dying COVID-19 patients is likely to affect their ability to work effectively and harm their quality of life, said the researchers who led the study. .

More than 81,000 people have died from COVID-19 in the UK, the world’s fifth-highest official death toll from the pandemic. More than 3 million people have tested positive for COVID-19 and the British government is warning that hospitals and intensive care wards are on the brink of collapse.

The pressure on ICU staff, who work with very sick patients for extended periods in areas where the risk of exposure to COVID-19 is high and where shortages of staff and equipment pose problems on a daily basis, has been particularly high.

“The high mortality rate among COVID-19 patients admitted to ICUs, coupled with the difficulty in communicating and providing adequate end-of-life support to patients (…) is very likely to have been highly challenging stressors for all staff working in ICUs, “said Neil Greenberg, professor at the Institute of Psychiatry, Psychology and Neuroscience at King’s College London, who co-led the research.

The study, published in the journal Occupational Health, was conducted in June and July, before the UK began to experience its latest surge in infections.

The study found that among more than 700 healthcare workers in nine ICUs in England, 45% reached the threshold of probable clinical importance for at least one of four serious mental health disorders: severe depression (6%), PTSD (40 %), severe anxiety (11%) or drinking problems (7%).

Most concerning, the researchers noted, is that more than one in eight study participants reported frequent thoughts of self-harm or suicide – such as thinking about being better off dead or hurting themselves – in the previous two weeks.

The findings “highlight the profound potential impact that COVID-19 has had on the mental health of frontline staff in the UK,” Greenberg said, and show an urgent need for mental health services to be rapidly accessible to all. health workers. (Edited in Spanish by Carlos Serrano) 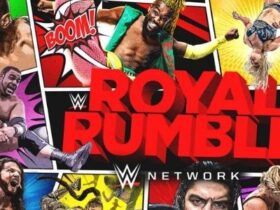