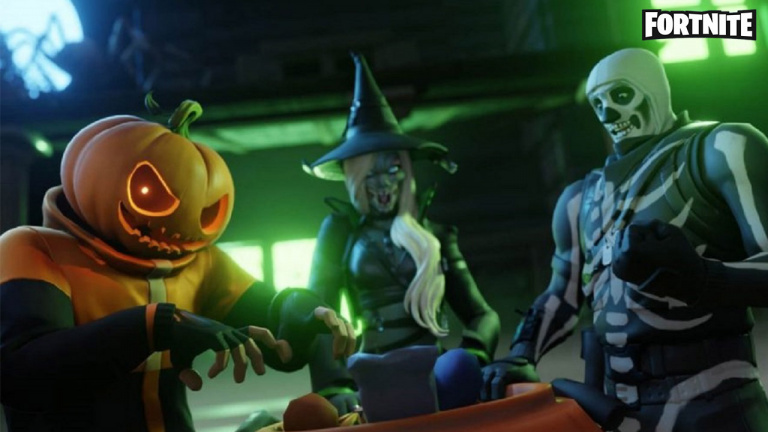 Fortnite: The Nightmares Event is back for Halloween!

As every month, Microsoft shares with us the list of Xbox games, all generations combined, which are “offered” to players subscribed to the Xbox Live Gold service.

In September, players were treated to Warhammer: Chaosbane, Mulaka, Zone of the Enders HD Collection and Samurai Showdown II, but it’s time to make room for 4 new titles! From October 1, subscribers will be able to pick up Aaero (until October 31), Castlevania: Harmony of Despair (October 1 to 15), Hover (October 16 to November 15) and finally Resident Evil: Code Veronica X ( from October 16 to 31). Obviously, Castlevania came to replace A World of Keflings, which appears on the visuals.

Blending fast-paced action, sci-fi, shooter, and a massive soundtrack, Aero invites players to take command of a ship and navigate a world of stunning artistic direction. In their wake, players will leave ribbons and release the music for an adventure as visual as it is sound.

Hover is a sandbox game in which players take control of a completely free character, within a futuristic 3D universe. Equipped with a special combination and abilities that are just as much, the character must impress his fellow citizens by performing incredible courses and complex figures. In doing so, he will gain influence and be able to recruit a small troop whose objective is to put an end to tyranny.

Released in 2011, Castlevania: Harmony of Despair is obviously a metroidvania. Produced in 2D, it invites players to go and face the eternal enemy: Dracula. The particularity of this opus is to offer cooperation to 6 players, while offering a best-of of the different heroes of the franchise.

Successfully released in 2001, then re-released in 2011 in an HD version that didn’t shine, Resident Evil: Code: Veronica X takes place 3 months after the near total destruction of Racoon City. Claire is in Europe and then in Paris, where she tries to get her hands on her brother Chris. Obviously, the threat of the infected did not stop in Racoon City, and the young woman will have to fight to save her skin as well as that of her brother.