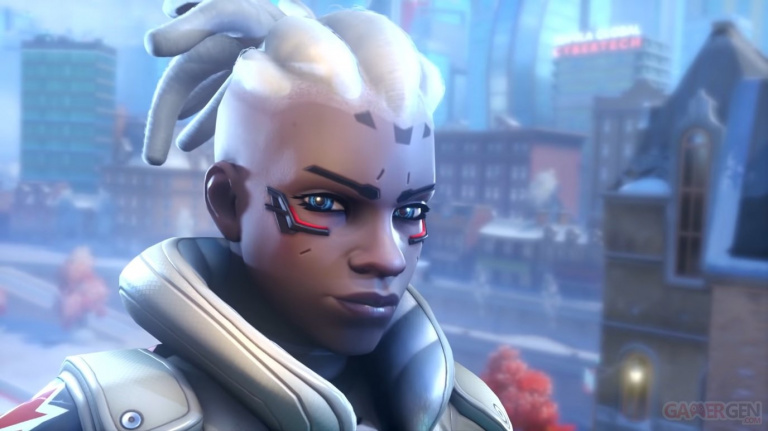 Overwatch 2: A date for the closed beta of the Blizzard game!

A teaser trailer for the new wonder woman video game was revealed at the 2021 game awards.

This Thursday, December 9, the 2021 edition of the Game Awards was held, a gala that is dedicated to rewarding the best video games of the year in various categories, in addition to serving as a means for the presentation of future games and downloadable content. It is one of the most important award ceremonies in the industry and on this occasion, through a teaser trailer, the title of a new and exciting video game from the creators of Shadow of Mordor was revealed , one of the beloved superheroine, Wonder Woman.

It’s certainly a big surprise for fans of this DC superhero, as it will be the character’s first solo outing in a game. The expectations for this video game are high, because as mentioned above, it is the developers of Shadow of Mordor , Monolith Productions, who are behind the project. Also, as this is the first Wonder Woman game, Warner Bros. may have plans to produce a Justice League game, but nothing is certain for now.

The new Wonder Woman trailer unveiled at this year’s Game Awards (via GameSpot ) only offers a glimpse of what’s to come, but it’s certainly an exciting confirmation. There is currently no release date for the new game, but more information may be revealed in 2022.

Next year, Wonder Woman will appear in Rocksteady’s Suicide Squad game and her inclusion is interesting, because unlike all the other characters, she is not a villain. We will have to wait until next year to find out if Diana Prince will manage to survive among so many criminals, and if she does, this game is likely to connect directly with hers. If this turns out to be true, Monolith’s next Wonder Woman game will be in the Batman: Arkham universe .

Monolith Productions and Warner Bros. Interactive Entertainment were commissioned to bring the acclaimed Middle-earth-based video game Shadow of Mordor . It is a 2014 action and adventure game that tells an original story based on the legendary world created by JRR Tolkien . This takes place between the events of the film trilogies The Hobbit and The Lord of the Rings. The game features the Nemesis System, which allows the artificial intelligence of non-playable characters to remember their previous actions against the game’s protagonist and react accordingly.

Great news for DC fans this year brought us The Game Awards. Their influence grows every year and is that now they are considered the Oscars of the video game industry. Their first edition was presented on December 5, 2014 at the AXIS Theater in Las Vegas, and they are the direct successors of the now defunct Spike VGA / VGX Awards, which from 2003 to 2013 presented the ceremony through the Spike TV channel. These awards are endorsed by large companies in the same industry, such as Activision, Electronic Arts, Kojima Productions, Konami, Microsoft, Nintendo, Rockstar, Sony Computer Entertainment, Valve Corporation, Ubisoft, and Warner Brothers.

The winners in the categories of Best Videogames and technical sections are chosen by a special jury, which is made up of various journalistic media, while the awards to the most popular players and eSport teams are voted by the audience online through from its official page. This annual celebration is increasingly important, and it is expected that this popularity will increase, as the audience for this industry continues to grow.