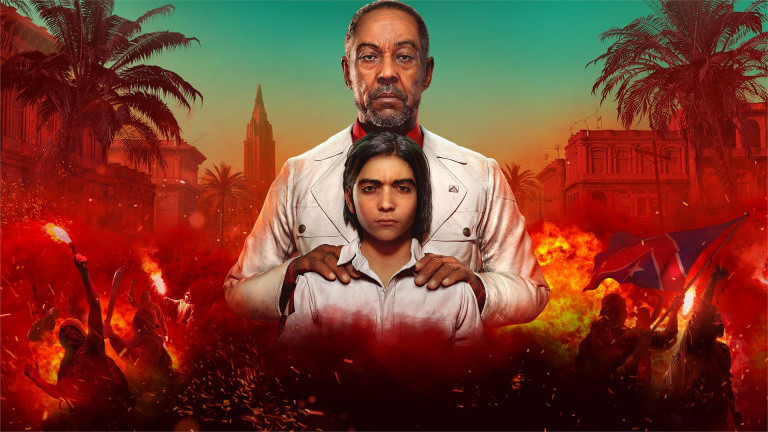 Far Cry 6: Ubisoft promises not to abandon the PS4 / Xbox One versions

Game News Tower of Fantasy: Everything you need to know about Genshin Impact’s competitor

As Genshin Impact welcomes a major update soon, one of its competitors is about to land in an attempt to offer an alternative to the MiHoYo title. This game is Tower of Fantasy and we give you a little summary of what it offers to see how it can overshadow Genshin.

Tower of Fantasy will be available on August 11 on PC, iOS and Android. At its launch, the title will be translated into French. And if the latter is considered a serious competitor of Genshin Impact, it is because it is published by Tencent, the Chinese digital giant.

Basically, what is Tower of Fantasy?

If we say so much that Tower of Fantasy is a competitor of Genshin Impact, it is because it takes up the principle in broad outline. Thereby, we are dealing with an action role-playing game in an open world with a very anime aesthetic in which we obtain weapons which have different capacities and which allow us to make builds depending on what you have equipped. By exploring the regions, we face monsters encountered on the way before going to rush into dungeons or raid with other players.

Tower of Fantasy is a rather particular gacha about its character system, we explain why. At the beginning of the adventure, the player creates his avatar using a very advanced customization tool that allows you to do what you want. As proof, several characters from anime or video games have been reproduced in the Chinese version thanks to this complete customization and it is also a practice that the developers encourage.

In effect, when you make a draw in Tower of Fantasy, you sometimes get weapons that correspond to heroes. Thus, you can equip your weapons to make the build of your choice while keeping the physics of your avatar created at the start of the game. However, for those who wish, it is also possible to take on the appearance of the character whose weapon has just been recovered, for those who appreciate the character design of the game. Thus, these heroes who are called Simulacron in English are not directly playable, but actually serve as skins. A rather amazing system therefore and which differs from the team of characters of Genshin Impact.

To use the comparison again, in Genshin Impact, the combat system relies on switching characters on the fly to create elemental reactions that deal heavy damage to your opponents. In Tower of Fantasy, we do not switch fighters during a confrontation, but weapons among the three that your avatar carries. Thus, each weapon has a capacity of its own and which is close to a particular role: some lend themselves more to tanks (to take damage), others to DPS (to do as much damage as possible) or even to healers (heal). Moreover, your character can turn to one of his roles thanks to the Soul Resonance system. Bulk, depending on the three weapons you equip, you can benefit from a significant passive bonus that makes your characteristics closer to one of the three roles previously cited. And for solo players, there is also a balanced passive bonus. Thus, it may be in our interest to switch from one build to another depending on the situation. Beyond the choice of weapons, the game offers a large number of equipment that you can put on your character in order to increase the general statistics.

In terms of gameplay, each weapon has a basic attack and a special skill. With the aim of further energizing the action, by dodging an enemy blow at the right time, you can freeze time around you to chain your opponent as you want. Something to recall Bayonetta’s Witch Time mechanics, except that here it fills a very special gauge. Indeed, when fighting, a gauge fills up, which is shown by a blue circle around the weapon icon. Once complete, you can trigger a “discharge”, which could be translated as surge in French, which is in a way the ultimate attack of the weapon on which you have switched.

As for combos, there are several depending on the situation unlike Genshin Impact. Beyond the basic chain, you will have different attacks after dodging or if you strike from the air. Finally, you can also charge your shot on the ground or in the air, which once again makes different shots that can even be stalled in combos. Suffice to say that the game allows you to make varied sequences thanks to these many movements and the possibility of changing weapons at any time.. Finally, there are also relics, special items that you can equip that have various powerful unique effects like a vortex, a storm or transforming you into a robot.

What form does Tower of Fantasy’s open-world take?

One of the main arguments of Tower of Fantasy, it offers many vehicles to explore its open-world: motorcycle, jet-pack, ice surf… We recover them in different ways throughout the adventure and they can be used thanks to relics provided for. Beyond that, we find elements of The Legend of Zelda: Breath of the Wild which were also present in Genshin Impact, such as the possibility of climbing all the walls or even flying in the air thanks to a glider.

Beyond that, the world of Tower of Fantasy wants to be rich in activities. Thus, there are many large towers that allow you to reveal a new area by removing the fog of war once you reach the top. Thanks to this, we can locate the different points of interest that are in a region and which can make it possible to recover summoning orbs for the standard banner. These activities can take different forms such as often quite simple puzzles. There are also ruins which are Zelda-like dungeons that you have to do alone and which allow you to recover useful resources. Finally, you can also come across chests with golden halos that are protected by a guardian that you have to defeat to get your hands on them. But Tower of Fantasy does not only offer fights, since there are also mini-games of different kinds that allow you to recover a currency to spend in a special shop.

Tower of Fantasy servers are made up of about a hundred players, a small number so that users can find friends easily. Together, it is possible to go face tougher enemies in dungeons or raids, and this is where the opportunity for each player to occupy a role takes on its full meaning. With a balanced team consisting of a tank, a DPS and a healer, players are more likely to survive. This is especially the case against World Bosses who are particularly powerful enemies. which respawn every hour and when defeated can drop SSR weapons, the highest level of rarity at the moment, as well as useful resources. To play with friends, you can create a guild which unlocks at level 30. And again, Tower of Fantasy does not only offer fights since there is also an amusement park in which you can have fun with your friends through various activities and take poses to make screenshots.

Tower of Fantasy is scheduled for August 11 on PC, iOS and Android.