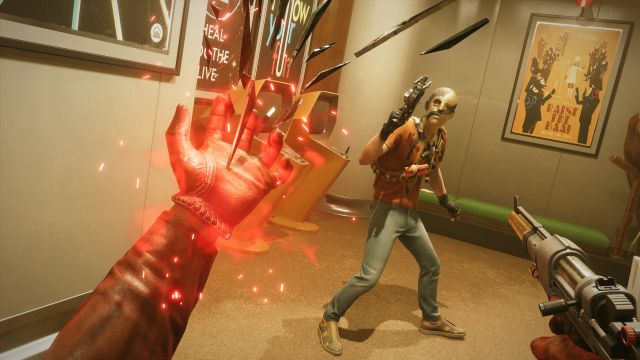 The winter 2021 offers start on Steam: the most outstanding discounts

Finally, the Halo Infinite Winter Season has arrived, and with it a wealth of new content and experiences for all players. This update is part of Halo Infinite Multiplayer Season 2, so it counts as an expansion for Lone Wolves, or as an intermission before Season 3 coming in March 2023.

In this note I will talk about my impressions about what this new season has to offer us. For this occasion, I will focus on multiplayer, as the update has come with three major new features, being the Forge game mode, the campaign cooperative and the multiplayer content.

Like every season, a new battle pass with content comes to multiplayer; in this case, it will not be a pass with 100 levels to unlock, but only brings 30. Understanding that this pass is provisional and as a contingency measure so as not to leave 343 without material during the end of the year, it does feel like something empty and unattractive. But not only that, it happens that serious mistakes are still being made when it comes to presenting us with levels that we are supposed to have as a goal to reach the best prizes.

The cosmetics that we can unlock with the pass are part of the Mark V module, the same one that we got in the Heroes of Reach season, providing several interesting helmets and shoulder pads such as the CQB. Beyond this, we will have at most 4 helmets and various types of shoulder pads, but not much else. To get an idea, in 30 levels we will only have one “coating”, or armor color. The problem with this is that a lot of tiers in the pass are filler, like XP boosts and a single badge that drops 5 times across the entire pass, so 5 tiers will be unlocking a badge you already have, but in different places.

This battle pass is very disappointing given the great expectation that the Winter Season had. With all this, it should also be noted that it is totally free, so it excludes rewards such as coins for the store or more armor modules.

But now how do you level up?

In response to criticism from the community, 343 has drastically changed the game’s progression system. Until recently, the way to level up the battle pass was by completing weekly challenges that gave you a score to climb; if you finished the challenges it was almost impossible to go up a single level. Also, it’s not always fun to play game modes that you don’t like to meet challenges that the game offers you.

The change comes with the inclusion of progression thanks to your performance in games and the completion of challenges. This XP boost makes the experience easier and better for those who don’t meet challenges, but just like to play for fun while still progressing and unlocking cosmetics. This system rewards you for your team’s leaderboard position, match win, and kill, assist, and kill ratio. With all this, leveling up is not only easier, but you can go at your own pace without worrying about playing 3 games in game modes that you don’t like, or completing complicated challenges that are almost impossible to complete.

As a change to improve the playable experience, it is quite good, but it does not stop changing the initial system that they had in mind for Halo Infinite. For a 30-tier battle pass, if you’re dedicated you can complete it in a single day, which unbalances the fun and leaves you drifting for months without new content.

To top it off, two multiplayer arena maps and an asymmetric game mode have been added. Both maps, as well as the game mode, are completely new, so they can be classified as an exclusive Halo Infinite experience.

Let’s start talking about the maps, because there is an important dichotomy that, for me, represents a serious problem that has been dragging since the end of Halo 4; and it is that the originality in the artistic theme has been replaced by the shortcomings of a flat Forge mode and the incompetence of the developers of 343. By this I mean that the graphic intentionality of the multiplayer maps is being left aside, so we can be before a great map in its structure and composition, but totally flat and artistically ugly. In this way, there is no differentiating or striking element, so in the games I played, I was left only with its structure, rather than with how iconic it can become.

Now, speaking of its playable structure and contribution to gameplay, it is clear that almost 80% are directed to the new game mode. Both Argyle and Detatchment have open spaces and an asymmetrical component that plays into a playstyle.

Continuing with the new game mode, I have to say that it is the best thing that has been added to multiplayer in this update, besides the XP progression. Its functionality of two teams with different abilities fighting for points in game phases is incredibly fun. To put in context, the one who gets three points first is played, for this, the roles will be rotated during each phase. The roles are, a team defends a flag with the Command and an Energy Sword, in addition to having a locator in their equipment; the other team, by contrast, will have a Plasma Rifle and Sidekick Pistol, their advantage being the permanent active camo they can wield.

As I said, the game mode and the maps complement each other very well, giving freshness to the multiplayer and several more options for the game’s sandbox.

At this point I’ll be talking about something that most players may not realize, but it is a major change to what the Halo Infinite multiplayer experience means. As 343 recently reported, they made several balance changes to some weapons, and especially to the displacement of our partans. In this article I will not focus on weapons, since there is no crucial change that completely modifies the experience, but I will focus on the movement.

I do not consider myself the best player, but I accept that I am interested in handling the complex mechanics of Halo Infinite. The slide, or sliding, is one of them, and its nerf is quite noticeable. With this change, mobility feels very slow, which fans of the saga will like, but for those looking for agile and dynamic experiences, it could be a big problem. This is not something that affects too much, but it is worth keeping in mind for the future, especially in the competitive field.

Despite being a contingency season, Halo Infinite’s Winter Season is a big step forward for the future of the game’s multiplayer. As much as it may not seem like it, the importance of the advances and changes in this update are a clear indicator that the Halo community is active and seeks to support the studio to grow and make the necessary changes to maintain a healthy multiplayer.

Both the change to the progression system, as well as the continuation of a simple battle pass, have regained the interest of many players. But not only that, because the Forge mode also works as a trigger for the massive amount of players that come to the game month after month.