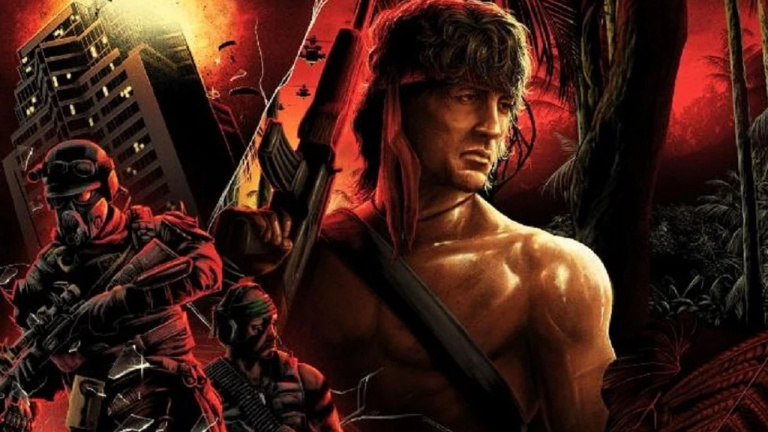 Based in Vratislavie (Wroclaw) in Poland, the small team of Kids With Sticks is made up of members who have worked on many games (The Witcher 2, Dying Light, Hollow) and who have decided, in 2020, to return to developments at Human scale. Rogue Spirit, their first game, attempts to dust off the rogue-lite universe by incorporating a Ghibli-style lore. Enough to be charmed?

The Kingdom of Midra is in danger. Demonic armies have managed to invade the surrounding area and there is not much hope until this haven of peace disappears into darkness. Unable to bring himself to see his land soiled by these Chaos soldiers, the Phantom of Midra – once prince of the land – decides to use his powers to eject evil from his beautiful region. And the fact that it’s a specter changes a lot of things.

If he remains classic in his approach, Rogue Spirit has for him a pretty brilliant concept. Indeed, to become one with the world of the living, the prince’s ghost must seize enemy bodies to carry out his various objectives. Without it, he has no possibility of interaction with the individuals to be overcome.

Thus, unlike other games of the genre, the switch between the different protagonists is based on the mind’s faculty to control souls. And as you can imagine, that’s all that makes Rogue Spirit so original.

Each biome is an opportunity to meet new enemies – and therefore, new, more powerful bodies with new abilities – to progress in a hostile and demanding universe.. Because yes, Rogue Spirit is terribly demanding.

Traditionally, the player begins his journey in the village of Midra. Completely secure, the area provides access to shops and various activities (we will come back to this) and especially the different biomes of the game.

Rogue Spirit is built on a very simple structure, with two levels to visit, then a boss to face. Rogue-lite obliges, it is necessary to reach this famous boss, then to defeat it, under penalty of returning to the village and being in the impossibility of progressing. Suffice to say that we drool.

TO BODY AND SHELL

Besides the bodies we borrow, Rogue Spirit distills some very interesting ideas. If the player wishes, he can quite keep his specter envelope – thus making it invisible to the enemy’s eyes – and follow the path to the portal that leads to the next biome.

The problem is, doing this prevents any improvement in faculties and can be a big worry in the face of formidable bosses. The developers of Kids With Sticks have also hardened this possibility by integrating a system into the Metal Gear Solid.

Concretely, the enemies carry out rounds (more or less random) and have a spotting area materialized by a cone of light. And if you stay too long in this famous targeting area, your friendly specter will regain his human form and find himself at the mercy of ALL the opponents in the area.

The artificial intelligence is quite high, which means that the opponents are able to detect you from a distance, while warning their little friends nearby. In other words, it’s entirely possible to keep your ghost-like appearance, but you have to do it sparingly or else you will quickly be overwhelmed.

And there, depending on the individual you play, it may not be forgiving. This induces a return to the sender, with the complete loss of your loot. And this one, you can imagine, is of great importance.

IN BODY AND IN BODY

Rogue Spirit is tough, that’s for sure. We lose very often, and it takes a little time to adapt to understand its mechanics, and in particular the use of bodies. Indeed, it is not uncommon for you to start with an unsuitable “body” (character too slow, too heavy, etc.) and therefore you want to change quickly.

The concern is that you have to make sure you take a body that is not too damaged (an opponent who has taken a lot of money will have a very low life bar). The other vital element is the player’s ability to boost their avatar. To do this, two collectibles come into play: coins usable at the merchant and gems granting considerable aid.

The merchant’s shop is far from accessible (the first price is 150 coins), but it has several useful amulets (Health Boost, Close combat mastery, Defensive revenge) for clashes. Gems, on the other hand, are accepted by the Tree Guardian of the village and increase the chances of victory.

Prodigy of finance (we keep the gold acquired), Elite departure (we start with an overpowered body), explosive boomerang, these faculties give the player enough to resist the most terrible of enemies. But do not believe that they will be enough.

Among the other funnies offered by the title, we note the presence of familiars (small creatures) supporting the avatar in combat, but the contribution of these entities is unfortunately anecdotal. The other disappointment comes from the remote characters and the really perfectible aiming system.

There is no target per se, you just have to wait for the individual to appear highlighted to start shooting and hit the target. However, the wait is contradictory to the difficulty of a game requiring a lot of reflexes (even if the actions boil down to weak, concentrated attacks and one last, more powerful).

We are therefore often led to take individuals who are adept at close quarters combat. Some people will also find it difficult to travel a little slow. It is an assumed choice, but one which will not suit everyone.

Rogue Spirit is a demanding and very addicting game. We die a lot, but the room for improvement is such that we end up finding stratagems that allow us to move forward. Necessarily redundant, he has for him a realization that flatters the retina, the cel-shading befits the artistic direction inspired by the works of Ghibli.

The colors are superb and there are beautiful decorations. The characters are also successful and each has their own palette of moves to adapt to different players (fast, slow, powerful, weaker, ranged shots, close combat).

The music with Asian hues is not left out and we feel that the sound design, as a whole, has been the subject of great efforts. The five environments could have been a bit more varied, but it’s clearly not on its looks and vibe that Rogue Spirit can be attacked. For the time being, it is above all its lack of balance that may scare away the less patient.

The gap between some characters too big (again, in large part because of the aiming system) and the start is frankly painful. It’s entirely possible that you will spend hours and hours to even reach the first boss.

Obtaining the mine or activating the totems (boosting the character) will make it easier to progress, but it will take you countless hours of practice to withstand the challenges of the Chaos Shards (with a restricted area and overpowered enemies), bosses, small demons coming to replace the opposing armies, elementary warriors (more resistant than the usual hosts) or, more generally, to master multiple powers (ice, fire, electric).

Suffice to say that with its 20 characters and 10 levels, the low-cost formula is likely to melt fans of challenges and universes à la Ghibli.

By dusting off the rogue-lite universe, Rogue Spirit is making a grand entrance. Seductive, the game of Kids With Sticks sports a Ghibli look and exudes an endearing Asian vibe. It nonetheless retains the demanding mechanics of the genre, but disseminates a quantity of ingenious ideas, starting with its system of possession of the bodies.

For twenty euros, at a time when the competition tends to go in circles, the proposal is worth a look. Suffering from a little balancing issue, which will probably be resolved over time, Rogue Spirit is a difficult and refreshing work that makes you want to come back to it “in body and in body”.