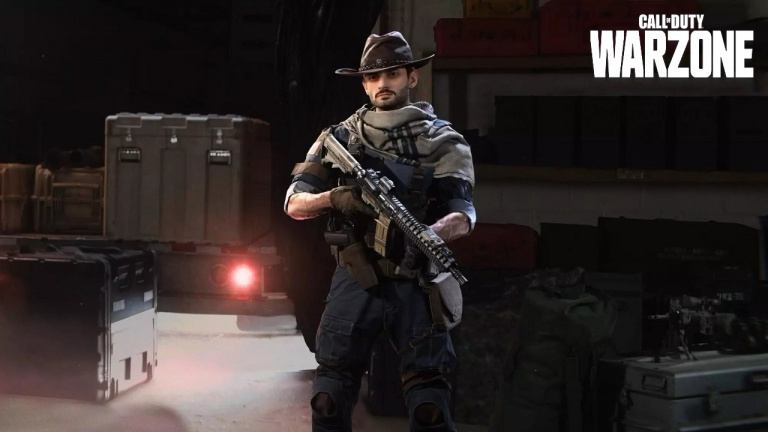 In Judaism, El Shaddai appears in the Old Testament as the Almighty God. Inspired by the erased chapters of the Dead Sea Scrolls (and not of the Bible as one might think), the eponymous game attempts, in its own way, to transcribe the events of Hebrew mythology, and more precisely of the Book of Enoch. Suffice to say that the subject was not easy to deal with, but it is nevertheless the bet that the director Takeyasu Sawaki and the Japanese studio Ignition launched in 2011. At the time, the title was praised for its visual approach. Out of the ordinary, but its gameplay and repetitive progression had prevented it from standing up to the tenors of the genre. For its tenth anniversary, it is appearing on Steam, in a version modeled on the original. Enough to give him a chance?

At a time when video games like to rest on their achievements (with the exception of a few independent productions), El Shaddai appears as the vestige of a time when the studios sometimes took enormous risks. Adapting religious texts into a video game is far from being an easy answer, especially when the work in question looks as well on the side of the action / adventure as the shoot, all bathed in a supernatural atmosphere of the strangest. . But when we look at the CV of director Takeyasu Sawaki, we understand a little better the direction of the company. The man likes the difference and his experience speaks for him. Character designer (the one who designs the characters) on Devil May Cry, he then drew the mechs of Steel Battalion, participated in the Okami adventure with the Clover studio and sketched the protagonists of Infinite Space before taking the direction of the game that interests us today. We also owe him the cast of the brilliant, but far too little known, God Wars: Future Past or the creatures to challenge in Gravity Rush 2. In short, the man is not just anyone and he has transposed his vision and his experience in El Shaddai brilliantly, making choices that do not please everyone. We will explain all that to you.

THE MEANDERS OF THE SOUL

In El Shaddai, the player embodies the so-called Enoch who descends on Earth to face fallen angels. Taking great liberties with respect to the religious story, the fellow is dressed in armor (which deteriorates on the impact of enemy blows) and has to deal with a Lucifel (Lucifer) who spends his time with his smartphone to report on its advance to God in person. The progression takes place in psychedelic settings and each encounter, whether it is the natives, the enemies or the bosses, marks a little more the oddity of the work. Takeyasu Sawaki once expressed his desire to create a game that only Japanese people could make and El Shaddai arose there. Most of the adventure takes place on “rails” in majestic settings, the whole being interspersed with sequences of platforms and fights. Then, from time to time, the camera takes a trip in profile view to find the clichés of 2D gameplay. The problem is that if the visual envelope is mind-blowing (we will come back to this later), the game mechanics are as basic as possible.

To communicate around its Switch, Nintendo uses a gimmick referring to the Joy-Con that slide: the famous snap of fingers! The sound, recognizable among all, is now anchored in the collective unconscious and it is enough to hear this sound to recognize the Nintendo Switch. In 2011, when El Shaddai, we didn’t pay attention to it, but the character of Lucifel, who follows your journey and allows you to save, uses the exact same gimmick to restart an action that he had previously frozen or for you. issue the order to continue after a failure. And the sound is pretty much the same as the Nintendo Switch. Amusing !

In creating El Shaddai, the developers wanted the game to be both accessible and deep. Unfortunately, and although the guns impose very different approaches, the encounters are repetitive as much as possible and suffer from the button-hitting syndrome. The title of Ignition is like a beat’em up without imagination, the fault of a bestiary which struggles to renew itself and actions which are repeated tirelessly. At the start of the game, Enoch is armed with the Arch, an ultra-maneuverable and devilishly effective circular sword. Then, his arsenal evolves with the Gale, a disc that swings projectiles and transforms the game into a kind of run’n’gun, then the Veil, a shield splitting in two. In the spirit, it is well thought out and the clashes have an incredible impact. But now, as the range of moves is small, we always perform the same combos. It’s a shame the gameplay doesn’t go further, as the game is peppered with great ideas – like coming back to life by tapping buttons or grabbing opponents’ weapons. The little subtleties behind it, like the special move, don’t change that. The buttons are hammered in this way, almost automatically, being careful of the deterioration of the armor (no life gauge, it is the combination that materializes your level of health). And inevitably, after a while, it becomes monotonous. The developers probably felt that something else was needed, and that’s why they added some old-fashioned platforming phases, in profile view. Here again, despite the double-jump and the mechanisms of the decor, the whole is quite light and we are ultimately more seduced by the visual than anything else.

If he could have benefited from a finer gameplay, El Shaddai has for him an artistic direction that is simply incredible. Mixing pastel colors with more garish hues, the corridors of the game intertwine with a thousand shapes to offer, during the 2D phases, environments worthy of masterpieces or Japanese prints. The retina is constantly challenged by the daring visual bias, juggling between refined settings and psychedelic landscapes. Any graphic mastery is rare these days and it would be a shame not to take advantage of it. We can also say a word about the music, often orchestral, sometimes disturbing, which accompanies the journey of Enoch. El Shaddai is undoubtedly a polished game, unlike anything out there, but it suffered at the time from a bit too raw gameplay and without finesse. Ten years later, the findings are the same. And the note too.

Carried by the vision of the defector from Capcom and Clover, El Shaddai is an ambitious and artistically exceptional work. Strikingly beautiful, the game looks brighter on PC and the effects stand out even better. However, we would have liked the great fluidity achieved by this port to be accompanied by a readjustment of the gameplay. This one, already raw at the time, is even more so today and sometimes makes the game sink into monotony, despite its fairly short lifespan. An astonishing work, not perfect, but which must at least be tried out to enjoy its sumptuous paintings.