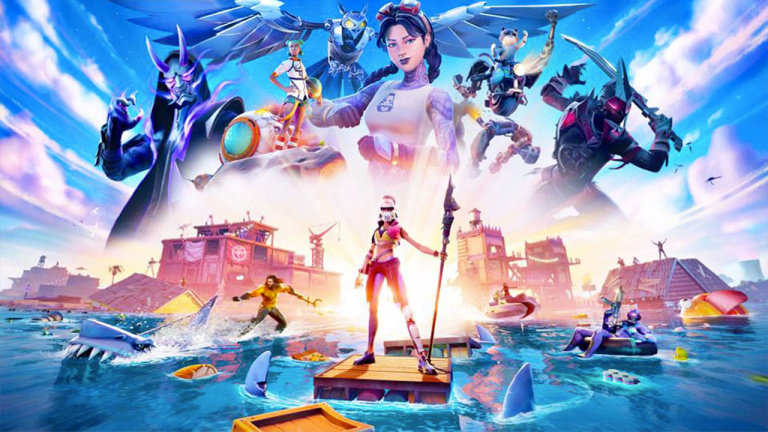 Fortnite: Epic formalizes the arrival of a PlayStation icon in its battle royale!

The most important games fair in Europe takes place in Cologne at the end of August. After 2 years of pandemic, the gaming community is finally meeting again at Gamescom. For the first time since 2019, up to 350,000 fans from all over Europe can finally flock to the fair and get the latest information from the gaming world and test the latest games.

However, one of the most important game developers in the world will be absent this year. Nintendo has confirmed that they will not be attending the event. The company did not give a specific reason for the decision. Only that the upcoming games for the Switch will be shown at other events in Germany throughout the year.

Nintendo doesn’t really lack games to announce and tease. This year sees big titles like Mario Strikers: Battle League, Xenoblade Chronicles 3, Live a Live, Splatoon 3, and Pokémon Scarlet and Violet. Video game fans in Cologne will have to do without that this year.

The cancellation became known through a report by Gameswirtschaft. You asked the Nintendo headquarters in Frankfurt and received the following answer. For unspecified reasons, the decision was made not to be represented at the fair.

Statement from Nintendo on GamesCom

“Gamescom is a key event in the event calendar for Nintendo. This year, however, after careful consideration, we decided against participating in Cologne. Instead, players can try out the games for Nintendo Switch at numerous Germany-wide events. Events that have been planned so far include road shows with our Airstreamer and our Bulli.

For example at locations such as the SWR Summer Festival and the Stuttgart Children’s and Youth Festival. For the Japan and video game fans, we have decided to take part in the Main Matsuri Japan Festival in Frankfurt as well as the DoKomi in Düsseldorf and the AnimagiC in Mannheim. More tour stops and activities are planned. We look forward to seeing our fans again at many regional events.”