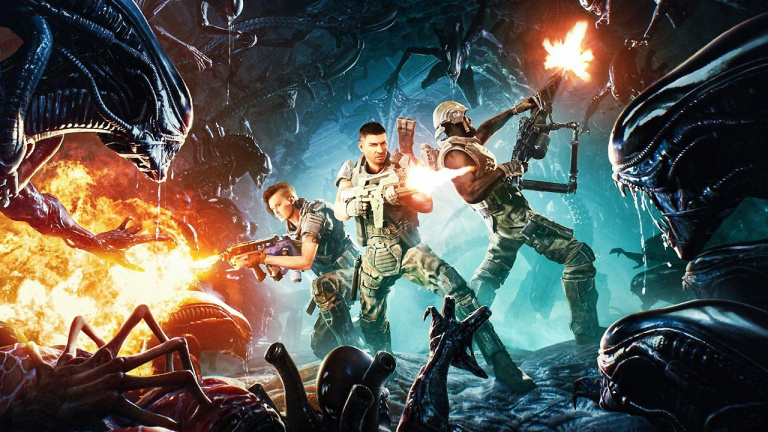 Aliens Fireteam Elite: Cross-gen play but no crossplay at launch

GTA VI is one of the most anticipated games for years, despite the fact that it has not been announced by Rockstar. As of 2021, what do we know about what could be one of the great games to reach the next generation.

If there is a known name within the video game industry, it is Grand Theft Auto, commonly referred to as GTA. The Rockstar saga has grown over the years and deliveries to be one of the colossi of the sector. Nobody is capable of making this franchise spare.

While it is true that its identity and form have evolved over time, GTA has enjoyed an inordinate fame since almost the beginning of its time. Its most successful deliveries in name and in sales have secured the future of these open worlds almost for life.

Vice City, San Andreas, GTA IV, GTA V and of course, GTA Online, are just some of the most representative names in the franchise, but many already look to the future instead of the past. That brings us to just one question: What about GTA VI?

Well, the quickest and easiest answer would be that nothing is officially known about Grand Theft Auto 6. However, this does not mean that the biggest fans of the saga have not been speculating and investigating what Rockstar could have in hand.

On the one hand, about the theme of the game, setting and characters is where we have had the most rumors and of all kinds, by the way. Over the last few months, theories have been heard that have been repeated with more or less the same aspects with some exceptions.

It has not been a unique time when we have heard that GTA VI would be carried out by a woman. In 2019 this rumor already monopolized several news and at the beginning of 2021 this information reappeared with a slight change, it would be a woman and a man who would star in GTA VI.

But this has not been all, Florida has been mentioned as a location in previous years and in 2021 and the time when the plot would take place would be the 70s, where the episodic system that we could see in Red Dead Redemption 2 would be rescued, for example.

As with its protagonists, this has been mentioned other times. However, a few months ago there were also rumors about its location in Vice City and Liberty City and even somewhere in South America. Plots similar to the Narcos series, the appearance of Tommy Vercetti, dialogues similar to those we could find in the Sims. Theories and more theories, although the truth is that some do share a bond.

Unfortunately, this does not help us to clarify anything about the future of the series. When GTA VI would be launched? This seems to be going on for a long time. On the platforms, release date and Rockstar plans, we have not had the opportunity to know anything through official sources.

Although, over the last two years, there have been few people who have spoken to talk about GTA VI.

And we have had absolutely everything, from rumors that spoke about a  GTA 6 exclusive to PS5 , to a title that would become a game as a service. There was talk that the game would arrive in 2020, in 2021 and now, in 2023, something that could make a little more sense.

However, no information is clear in this regard. Let’s remember that GTA V was launched in 2013 and we have been 8 years without a new game.

In relation to this issue, many point out that part of the “fault” that Rockstar has not released GTA VI at this point lies in the fireproof GTA Online. The company’s golden goose continues to be one of its main sources of income and week after week it brings together thousands of players with new updates and content.

What would Rockstar’s plans be like not to abandon the millions of players it has gained with GTA Online to their fate? Will this multiplayer title evolve to become GTA VI? They seem like too difficult questions to answer right now.

It seems that GTA VI is delayed in time and fans of the single player mode are looking with fear at the big R. However, Take Two assured that Rockstar will continue to bet on single player games with online modes.

The distributor has also served to confirm that GTA VI will not be released in fiscal year 2021, so it is very likely that Rockstar wants to wait for the new generation to warm up its engines so that its new game makes good use of all the technological innovations that PS5 and Xbox Series X have started rolling out.

Creating a triple A of the characteristics of GTA VI should take time and knowing Rockstar and Take Two, companies that advocate for the improvement of their games, the development of this installment could go a long way.

What do you expect from this sixth installment? Would you like to see GTA VI this year or are you in no rush to play it? For now, it’s time to continue stealing cars in Los Santos.

Tales of Arise: Kirito and Asuna (Sword Art Online) will arrive as DLC

Berserk: a guide to viewing and reading the work of Kentaro Miura