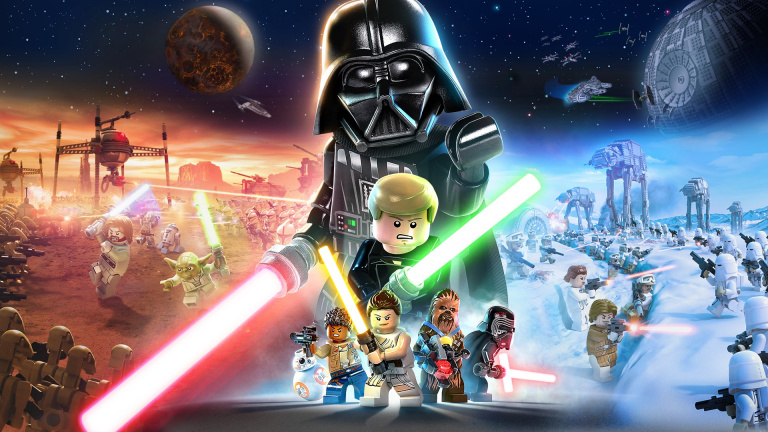 LEGO Star Wars: The Skywalker Saga no longer has a release date

Inazuma gives us its secrets day after day. Here is a somewhat special side quest, which can bring you no less than 8 luxurious chests.

This quest will require you to have access to Inazuma (adventure level 30, therefore). It is a little different from the others because it will offer you limited time trials (30 seconds). It will therefore be necessary to be quick or know where to go. We will rather go on the second option, telling you where to look.

Where to find little Kujirai?

Start by going to see little Kujirai. This is located at the exit of the Inazuma City, to the northwest. He will then suggest that you play Temari, a game that consists of finding the Temari hidden somewhere in the vicinity. You will of course accept, to please him (and because it will be very profitable thereafter).

You are going to have to find the Temari in 30 seconds. For that go west, taking care to follow the distance counter at the top of the screen. Go down the cliff in front of you to find it below. Then bring it back to the little Kujirai to win 20 First-Gems and 25,000 Delays. But it’s far from over.

Teleport to Araumi and go southwest, to the location shown in the screenshot above, to find the little Kujirai. This will offer you to play Temari.

Head to the South West and look below. You will see the Temari.

This is on a cliff that you can see from the start. To get there, climb on the cliff just in front of you after the start, then go on your left to climb the wall in front of you. You will find the Temari.

Go south and let yourself hover towards the entrance of the cave in front of you. Keep the same trajectory to end up arriving in front of an altar with the Temari on the roof of it. You will have a precious chest in reward.

Teleport to the teleportation point in the southern part of the city ​​of Inazuma. Then go to the island to the east. You will find the little Kijurai.

Right in front of you is a Electrogranum. Activate it and take the unique Electro Butterfly in front of you. Glide straight ahead and climb the cliff for a few seconds. the Temari is on your right.

Same process, go to activate the Electrogranum, and take the 3 Electro Butterflies in front of you, to arrive on the cliff. Climb it to the top, then once standing, climb on the one right next to you to find the Temari.

Teleport south of Tatarasuna and go down southeast to find your new favorite friend.

Go west, and get off the first cliff. Continue and descend a second time, then turn around. The Temari hides in the bushes.

Head south, descend the first cliff, then glide after jumping off the second, then immediately turn west. Look below to see the second Temari.

Go north and climb the wall in front of you, until you reach the top. Then look west to see a shrine. Climb on it to find the Temari.

Now teleport to the TP point north of Tatarasuma. then go down west to find the little Kujirai.

Climb the wall to the south, and continue straight ahead. the Temari is hidden in the bush.

Go east, jump to get to the level of the stream, and follow it entering the cave. The Temari will be a little further on your left.

Climb the wall right next to you. Once at the top you will see Xavier and a house right next to it. Go up on the roof of the latter by climbing the wall next to it to get there, and pick up the Temari.

Teleport right next to the boss Lame They on Yashiori Island, then go northwest to find your friend waiting for you in a recess.

Turn to the west and descend into the underground passage while hovering (If it is not open, you will have to find 2 Electrodes around and follow them to open it). Don’t go all the way down, but rather land in the first pass. Follow it to find the Temari.

This one is pretty well hidden. Your goal will be to climb onto the serpent’s head just above you. To do this, jump over the stone teeth to the south, then climb the small wall to the east. Then look north and climb on the serpent’s head.

Continue west until you reach an opening, where you will see the Temari. You will be rewarded with a Precious Chest.

Go to the location shown in the screenshots, southwest of the boss Lame They, until you find yourself facing a hole in the ground with a Electro butterfly which exceeds. Drop into the hole to get right next to the little Kujirai.

Take the Electrogranum to the south, and follow the ‘Electro butterflies to land on the platform. the Temari is right in front of you.

Take one more time the Electrogranum, and follow the first 3 Electro butterflies. Then let yourself glide south and hang on to the wall in front of you to climb it. You will find the Temari up.

Teleport to the TP point just east of Seiraimaru on Seirai Island. Go to North West and then you will see the Little Kujirai. Talk to him and he will suggest that you play the game again. Temari, it will offer you to play 3 times.

Turn slightly to your right to see an opening that leads to an underground cave. Go down on the first platform, then the second by hovering, and going directly to your left. You will see the Temari against the wall.

Go back through the underground cave, except instead of turning left while hovering, go straight ahead and look down, until you see a Electrogranum on the left below. Activate it, then look west. You will see a Electro barrier that you will be able to cross with your Electrogranum. the Temari is on a platform inside.

Go through the underground cave once more, and let yourself hover until you see a beached boat (it is below compared to the Electrogranum). Once there, search the crates near the wall, the Temari is in between.

Teleport to Mouun sanctuary on watatsumi island, and go northeast. Let yourself hover to arrive at the place shown in the screenshots above.

Go northwest, and jump while hovering to reach the platform with the Electrogranum on the other side. Then use the latter to arrive on a high platform, the Temari is on it.

Go to northeast and go through the Electro portal. Once you arrive at your destination, use the Electrogranum and follow them Electro butterflies to get to the Temari.

Go hover at North West and use the Electrogranum to return to the platform or the first Temari found. This time, jump to the South West to hang on to Electro butterflies. Follow them to arrive on a platform with the Temari. Then get the precious chest.