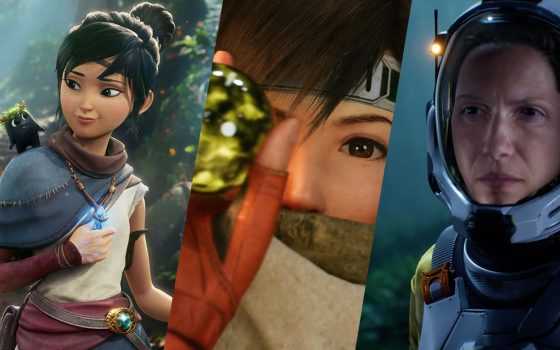 The Battle Royale of the American studio Respawn Entertainment arrives on Nintendo Switch with cross-play.

Developed in collaboration with Panic Button, the Nintendo Switch’s Apex Legends version is playable on a smaller screen and has a gyroscopic aiming system using the hybrid console controller as well as optimizations that will allow players to have access to 30 frames per second in 720p resolution with the docking station mode or 576p with portable mode.

In addition, it will host content updates, limited-time modes and special events simultaneously to other platforms through a dedicated service. Note that players on Switch can get a legendary skin for Pathfinder and catch up by unlocking the first 30 levels of the Season 8 Battle Pass for free, while earning double XP if they log in during both. weeks after the game’s launch. One way or another to increase the connection peak.

Panic Button speaks on this port of Apex Legends to Nintendo Switch through the voices of Dan Hernberg, Production Director, and Andy Boggs, Technical Director: “We really use the same base code for each version of the game. When we add something, we send it to the different teams, so Panic Button for the Switch version, and we make sure that it works well. Given the cross-play nature of the game, it is obviously not possible to have different versions depending on the consoles, or missing things, it has to be the full game. The big challenge for us is always to understand which parts of the game we can adapt, identify changes and elements to optimize. The changes we had to make will not affect the player experience. It’s always a great experience and it feels like playing Apex! We used the same engine as the other versions of the game, so a lot of the work we did consisted of adding Switch support to this engine (…) So this is the first game to run on Switch with this engine. One great thing the Switch has and other consoles don’t is gyroscopic aiming. We’ve used it on previous titles, and we’ve learned each time. We’ve kind of tweaked our formula and tweaked it differently for each game. Sometimes it’s better to have a slower moving gyro, sometimes you want a more immediate response. So we worked very closely with Respawn.”

A trailer for Apex Legends on Nintendo Switch

“It’s been two years since we launched Apex Legends and we are committed to evolving the Battle Royale genre by offering new Legends, maps, weapons, game modes and content with each new season.” Said Chad Grenier, Director of Development for Respawn Entertainment. “We also want to bring the game to new platforms to reach more players. The launch of our Battle Royale on Nintendo Switch during Season 8 is a testament to our ambitions. We’re happy to give players the opportunity to play as their favorite Legend, even when they’re away from their living room. This year, we have plenty of surprises in store for fans and we will continue to offer them new ways to play, while inviting new players to come and meet them in the Apex Games arena.”