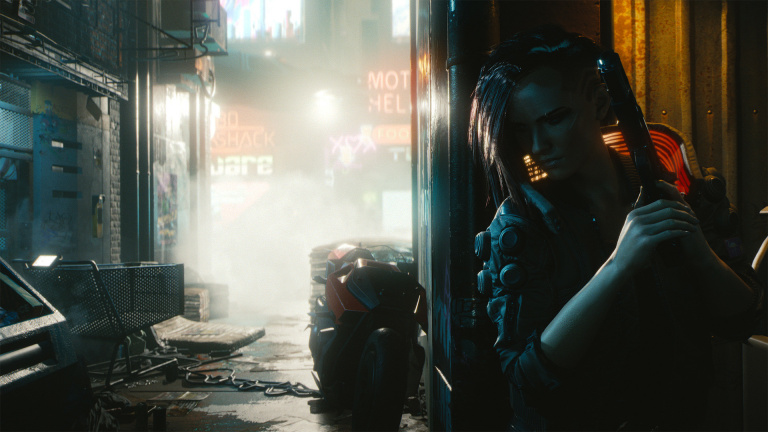 Represented by staples like Hollow Knight and Ori & The Blind Forest, the genre of Metroidvania is particularly popular and prevalent these days. Behind this portmanteau (“Metroid” and “Castlevania”) generally hides a mixture between action-adventure, platform, exploration of a vast world made up of interconnected zones inviting to back and forth and the rise of our avatar, who Gradually gains new powers and means to move. Here is a selection of titles to watch in 2021 for fans of this immersive and engaging formula.

Released in 2015, Axiom Verge became one of the references of Metroidvania, thanks to its variety of weapons and abilities, its ingenious level design and its atmosphere close to Metroid. Tom Happ, its sole creator, will be back this year with Axiom Verge 2, which will first be released on Nintendo Switch. New characters, enemies, powers and environments are on the program. It will also not be necessary to have played its predecessor to fully enjoy it, according to Tom Happ, but we can only advise you to take a look or dive back into it since it recently hosted an update. day adding a Randomizer mode.

Developed by the British studio Phigames, Recompile wants to distinguish itself by including several “dynamic and decisive” narrative paths. The player’s choices during certain narrative situations and his playing style will be taken into account and lead to multiple endings. Taking place in a mysterious digital world, the adventure will not only be punctuated by combat and platforming phases, but also by environment-based hacking puzzles. It is up to the player to choose how to progress, for example by adopting a discreet approach by hacking enemies into attacking each other, or by deploying all their firepower even if it means attracting the attention of systems of security.

Straight out of China and the TiGames studio, FIST: Forged In Shadow Torch is set in a city once populated by anthropomorphic animals, but colonized six years earlier by an army of machines. Coming out of retirement to save one of his loved ones, the rabbit soldier Rayton intends to fight his way through areas “filled with secrets” and tough bosses thanks to his mechanical arm, which allows you to switch between three main weapons depending on the context: the fist, the drill and the whip. We are thus promised a “deep, but rewarding” arcade-style combat system and a wide variety of enemies, all served by a “dieselpunk” artistic direction mixing oriental architecture, industrial technologies and weapons from the inter- two wars.

Inspired by the classics of the 16-bit and 32-bit era, Gestalt: Steam & Cinder should appeal to fans of pixel art and steampunk universes. The first game from the studio Metamorphosis Games features Aletheai, a wanderer who inherited a special power following an accident. As good at stringing together melee combos as at wielding ranged weapons, our heroine will gain experience and increase in power thanks to statistical points (endurance, strength …) to be distributed over the course of his journey. The game also emphasizes storytelling with PNJs to meet, dialogue choices to take and side quests to complete.

We stay in steampunk with SteamDolls: Order of Chaos. Born in the form of a graphic novel signed Yoann Peter and Étienne Vrithof, the title takes place in a society plagued by industrialization and whose citizens are oppressed by an omniscient and authoritarian cult. His sources of inspiration: Hollow Knight for the structure, Dead Cells for the nervousness and Bloodborne for the atmosphere. David Hayter (Solid Snake and Big Boss from the first Metal Gear Solid until Peace Walker, or more recently Zangetsu in Bloodstained: Ritual of the Night) will lend his voice to the protagonist, able to discreetly eliminate his enemies and use a lot supernatural powers to unlock via a talent tree. Note that a demo is available on Steam to get an overview of it all.

Curse of the Sea Rats

Change of atmosphere: with its colorful decorations and its “handmade” animations inspired by “the golden age of Disney animated films”, Curse of the Sea Rats will offer a solo or local co-op adventure (up to four players) at the controls of pirates transformed into rats by a terrible witch. Four characters will be playable, each with its own specific gameplay and skills to unlock. Side life, it will take more than twelve hours to see the end of the main adventure, knowing that several ends will be embedded in this title funded on Kickstarter last year by Petoons Studio.

The Last Faith was also noticed in 2020 on Kickstarter with his detailed pixel art and dark style inspired by Gothic architecture that smells good Castlevania. A project born under the impetus of two brothers (Duilio and Riccardo Guglielmino) passionate about art who reserve for us confrontations with imposing and terrifying bosses. To fight, you will need to master the three types of dodging and the different types of weapons, which can be boosted with basic magic to freeze, burn or electrify enemies.

Heir to Capcom’s Strider saga, Bushiden will make us slice the robot into the skin of a ninja from the future. The game will consist of seven levels that can be revisited after improving their abilities to discover new areas and overcome Gaoh, the great villain and kidnapper of the hero’s sister. On the gameplay side, the developers highlight a crowd control-based system with the classic three-hit combo that stuns enemies and different types of “finisher”. The young team of Pixel Arc Studios is counting on the support of Humble Games on this project, which will benefit from a soundtrack by Michael “Garoad” Kelly (VA-11 Hall-A).

More than three years after his campaign Kickstarter, Flynn: Son of Crimson should finally land this year. Studio Thunderhorse’s title bets on its attractive artistic direction and its “nervous and satisfying” combat system based on the instantaneous change of weapon (sword, ax, claws, bow …) to convince followers of Metroidvania. Confronting enemies and exploring the world will collect crystals that can be spent in a talent tree offering new combos to the hero, accompanied by his faithful canine companion Dex.

We end with Greak: Memories of Azur, a project hatched by Team17 and the Navegante Entertainment studio in which we will alternately control three characters from the same family. Like Trine or The Lost Vikings, it will be necessary to take advantage of each person’s abilities to progress: Greak is agile and can pass through narrow passages, Adara masters levitation and magic to attack from a distance, while Raydal can wield a shield. Here, the focus is therefore on environmental puzzles.

The small team at Australian studio Team Cherry have yet to set a release date for Hollow Knight: Silksong. If some hope to see it appear this year, the developers intend to take their time to offer a worthy successor to Hollow Knight. Expected on a firm footing since its announcement in February 2019, this sequel promises more aerial and acrobatic gameplay at the helm of Hornet, protective princess of Hallownest that will have to be led to the top of a new kingdom, of course with powers. and new monsters to discover along the way. 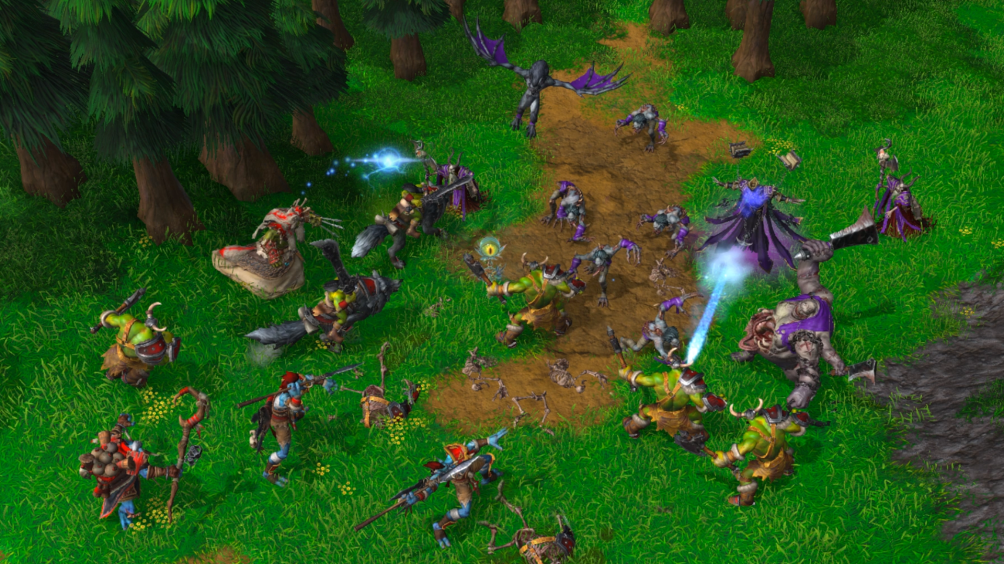 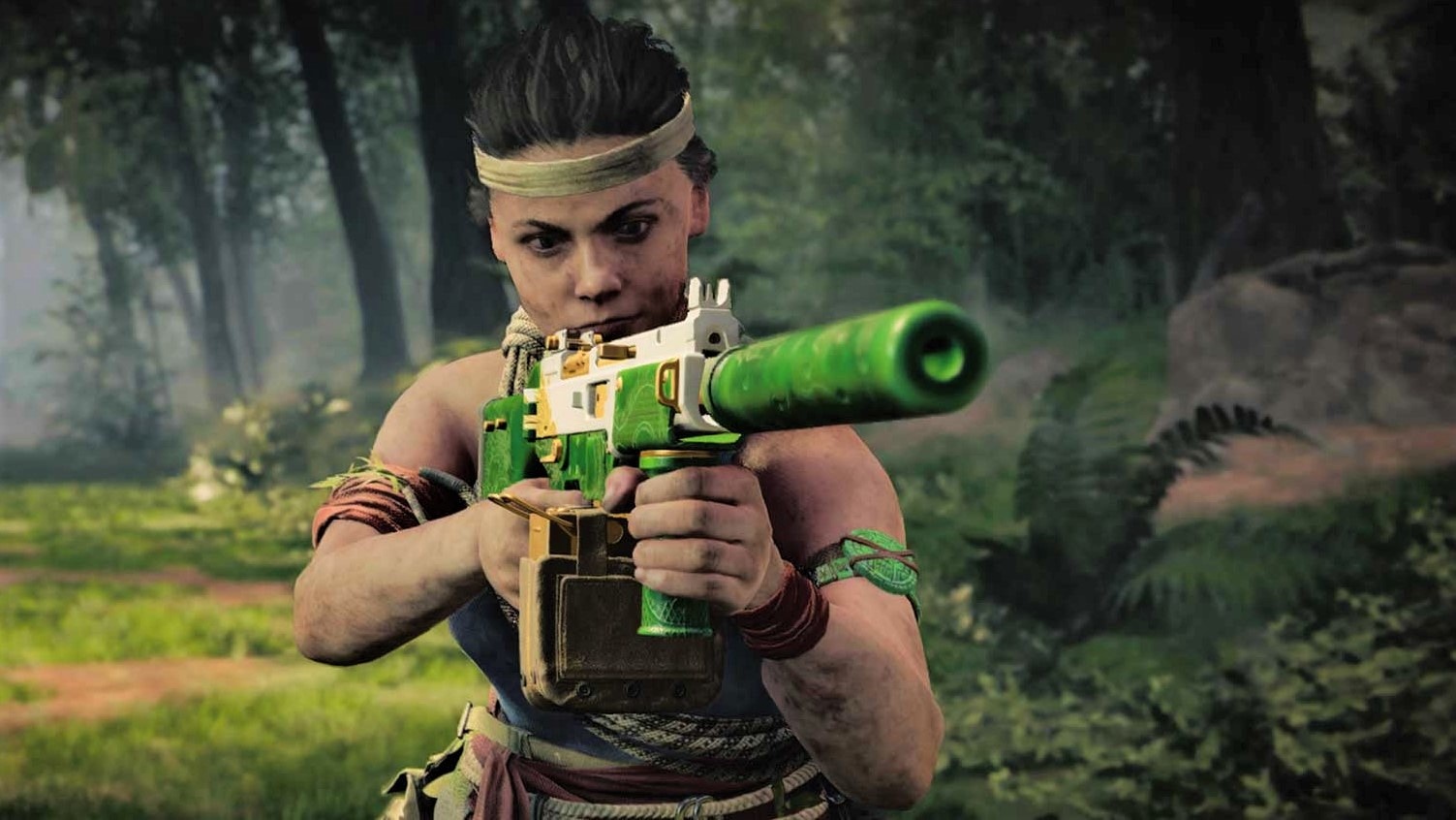