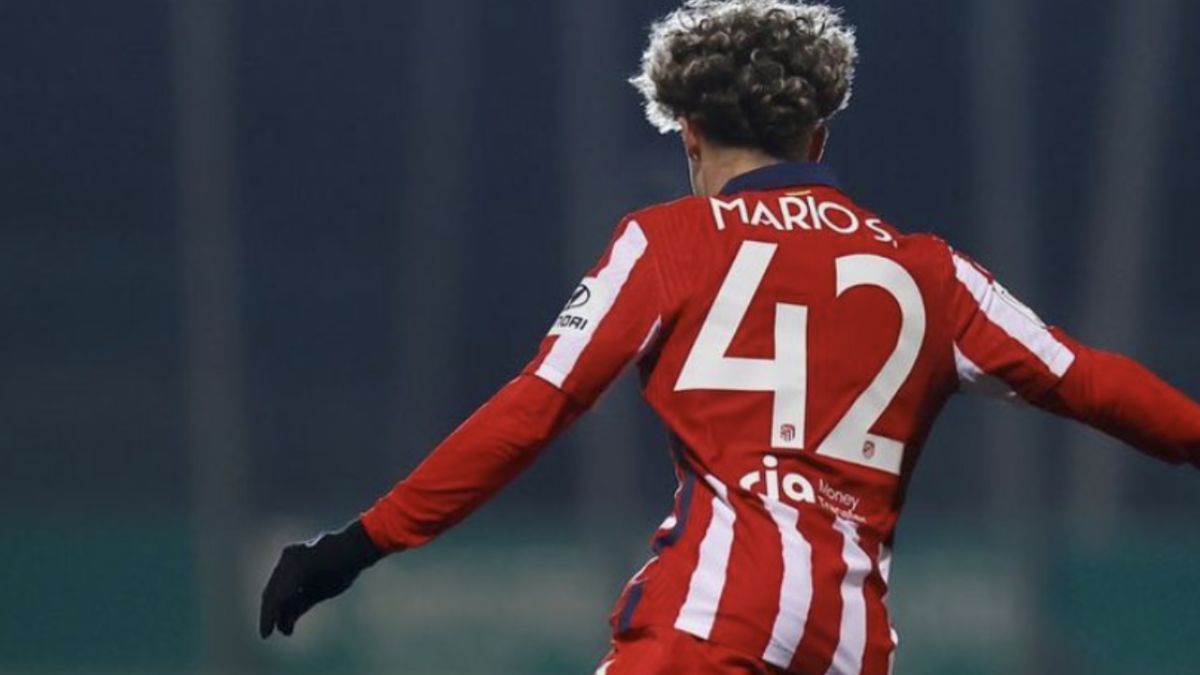 Moussa Dembélé is already a footballer for Atlético de Madrid. The template has a three French (Lemar, Kondogbia and the newcomer) who will write new pages in the history of the soccer players of the neighboring country in the club. Actually, most of France’s footballers have arrived in recent years, some have succeeded and others left hardly a memory. These are the 13 players (and a coach) who, before Dembélé, have worn the red-and-white shirt.

The goalkeeper opened the history of the French at the club and made good history: it is the first league champion with Atleti as a player and as a coach. It arrived in 1948 with another myth, Ben Barek (French international also because he was born in Casablanca, Morocco, under the French protectorate), and in his three seasons as a goalkeeper he played 86 games and, above all, raised two Leagues (1950 and 51). The first year took the Zamora. Later he had to leave due to the limitation of foreigners and went to Nice. In 1969 he returned as coach and in his first year conquered the League in Sabadell with a seal that sported a deadly kickback; in the second he reached the semifinal of the European Cup. In 1972 he won the Cup. He is the only French coach of Atlético.

Jean François’s story is much shorter than that of the goalkeeper. The midfielder arrived at the beginning of 1983, as a star and with an important career alongside Platini (enemy later on a theme of infidelity), in theory for three and a half years … but he did not make his debut. The player first went to France due to his son’s illness and ended up dissociating himself. He recently returned to the media after confessing that he doped in the 70s.

The Athletic He signed him from Rayo Vallecano, at the age of 31, along with Amaya and Llorens to seek promotion to First after a catastrophic year. Jean François did not stand out and was not lucky either: played 14 games and was sent off four times. From the rojiblanco point of view, especially for the youngest, he is probably better known as the father of Lucas and Theo.

The French midfielder has a plaque on the Paseo de Leyendas, as he played 101 games at Atlético. Before he went through Lille, Girondins, Marseille, PSG and Celta, which he helped to reach the Champions League and shine in it. A good footballer with an irregular trajectory as rojiblanco, trained by Ferrando, Bianchi, Murcia and Aguirre (holder with all of them) and forming a tandem in the middle with Colsa, Gabi, Sleeves …

Came also in 2008 looking for new challenges after 12 seasons and 7 leagues with Lyon. Very veteran goalkeeper (36 years old), Atlético signed him after the departure of Abbiati and to compete with Leo Franco. It did not curdle. He played 11 games (6 in the League, 3 in the Cup and 2 in the Champions League) and at the end of the course he classified it as “a personal failure” and sought his departure towards PSG.

After highlighting in the Recreativo, Atlético signed him for the role of third forward, waiting for minutes with Forlán and Agüero as title stars. In his first year he started out especially inspired, taking advantage of Forlán’s injury, and excited: in his first three goals he scored four goals. Then he slowed down and in the season and a half he scored seven goals (six and one). Middle of the second year, in the winter market, was transferred to Sporting de Portugal.

Atlético signed this promising midfielder, then 23 years old, for 10 million euros from Saint Etienne. But did not quite fit into Simeone’s scheme, who already had a very formed midfield, and the cry of “Yes, yes, Guilavogui” he did not roar at the Calderón. He played seven games (only one of the League) before leaving on loan in January to the team from which he had arrived. And in the summer of 2014 went to Wolfsburg through a two-year loan. There it was much better, the German team bought it and Atleti was able to recoup their initial investment. In 2020, by the way, had a brief foray into the world of municipal politics in France.

Simeone confessed to him before coming that he loved Diego Costa, but it was impossible to get him out of Chelsea. So Gameiro arrived in a summer in which the forward market was complicated. The Frenchman, who came from Sevilla, had to compete with Torres to be Griezmann’s partner in the attack. He did not break or fall in love with the fans and he left after two seasons (in the last half he came to coincide with the desired Costa) with a Europa League in his record. Juice 82 matches and scored 27 goals. In 2018 he left transferred to Valencia, which he said was better than Atleti and that he expected to score more goals.

His departure from the club was painful and his last year was weird, but his career at Atlético shows him how one of the best footballers in recent history and one of the fastest growing dressed in rojiblanco. He arrived in 2014, a current Atleti League champion, and became a star under Simeone. Achievement a Spanish Super Cup upon arrival and a Europa League and a European Super Cup in 2018. In 2016 it was decisive for the team to reach the Champions League final with goals in the quarterfinals (a double against Barça) and the semi-finals (in Munich). He was individually Bronze Ball in 2016 and 2018, approaching the famous table of Messi and Cristiano. He played 257 games and achieved 133 goals (the 5th in the history of Atlético). In 2019 he went to Barça in exchange for the 120 million of his termination clause, plus 15 extras later.

One of the best footballers that the quarry has given in recent years and also one of the most painful outings. He debuted in 2014 and the characteristics that would make him shine later were intuited. A very fast, brave defender who could play both central and left back, position in which he was proclaimed world champion with France in 2018. In that season he also shone the most as a rojiblanco, playing 44 games. But in the next course wanted to go to Bayern in January, and ended up leaving in summer —Announced in March— in exchange for 80 million euros. He left with 110 games played. His brother Theo did not make his official debut with the first team and in 2017 he went to Real Madrid, where he did not succeed. The whites also tempted Lucas.

The Frenchman arrived at Atlético at Griezmann’s request and became the most expensive signing in the club’s history (70 million), now surpassed by João Félix. Between his signing and his debut he won the World Cup with France and at its premiere in the European Super Cup he marveled. But then he crashed down. Two seasons with little to highlight, until in the third, and based on Simeone insisting, he is beginning to show what he has and now is holder. He has 93 games played and will soon reach the hundred that awards him a plaque.

It came in November out of the market for the extra term that Atlético had after the departure of Thomas. The 27-year-old midfielder is still adjusting, He has not started in the League, where he has played in seven games with good moments, and he could not be registered for the first phase of the Champions League. In the Cup he has played both games and disappointed. It is international with the Central African Republic.