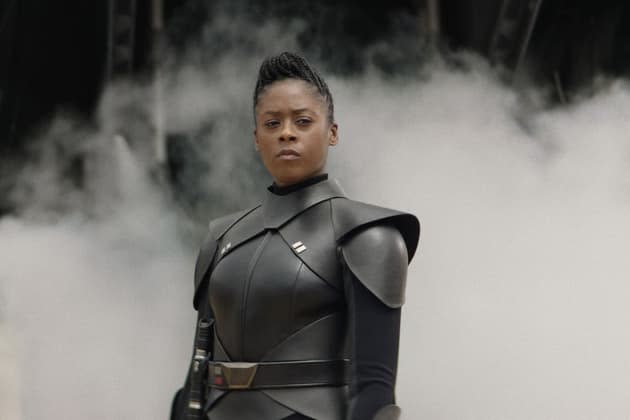 Moses Ingram, actress of the series “Obi-Wan Kenobi”, victim of racism from fans of “Star Wars”

Criticism of the Netflix premiere starring Juan José Ballesta that narrates the life of the anarchist Lucio Uturbia: A man of action.

Netflix has released a Spanish film whose ambitious purpose can already be seen in the synopsis: to narrate the life of the anarchist Lucio Uturbia without forgetting any of the stages, and also with some fictionalized parts.

The first thing we must clarify is that the life of Uturbia himself has enough elements to deserve a biographical film, even a series. Exiled after a problem in the military service, in Paris he approaches the anarchist movements and begins a fruitful stage as a robber in which he is persecuted by the police and international banks.

In this long period as a robber, or a vigilante for some, he also took the step towards counterfeiting dollars and later checks , thus causing millions in losses to US banks. These are his main objective from his anti-imperialist and anti-capitalist point of view.

The film directly released on Netflix stars Juan José Ballesta and everything revolves around his performance and the agile rhythm that Javier Ruiz Caldera , director of Malnazidos and Superlópez , tries to give him, to cite his two previous releases.

Political message, action, family conflicts, French society and a career as a counterfeiter that at times goes back to Catch Me If You Can , all this accumulates in the 111 minutes of A Man of Action , and perhaps one of its main problems lies there.

A man of action with many stories to tell
This film that goes through more than four decades and that tries to show the coherence of the character does not try to extol his figure, from the script he is shown as an idealist alien to the deepest postulates of anarchism.

As we anticipated, one of the problems that the feature film faces is that it tries to show too much information and there are few moments of rest. This means that the important moments do not rest and reduces the effectiveness of the most spectacular ones.

The lack of pause clashes with the intentions that are detected at times, where a series of resources seeks to catch the viewer. We have an example in the first minutes, in which a conflict is shown, the original exit and an effective narrative solution; however, all this is diluted.

As the footage rolls on you get the feeling that the scenes are building up too quickly. Perhaps the original script was longer, or perhaps due to simple problems with the rhythm, it is the great drawback that is found in A Man of Action. And that despite the editing that at times compensates for this problem, as well as the soundtrack and the translation to different times that is credible.

As for the actors, Juan José Ballesta and Liah O’Prey face the challenge of giving life to their characters during different periods. You can not put buts to avoid the drama to focus everything on the action.

To finish listing the problems, the political message is debatable when reduced to proclamations and slogans even in assembly moments. The protagonist, described at all times as “the man of action”, is direct, but the didacticism and the minutes where he tries to give a greater context do not go beyond the surface.

But is it a good movie? Sometimes. There are sections in which everything seems to work as desired, especially at the editing pace in the part of the fakes, but there are others that the viewer disconnects and in the end the accumulation of jumps and information is too distracting.

In short, A Man of Action is a Netflix movie that remains mere entertainment, which is not very problematic if what you are looking for is a while without thinking too much. Of course, those who want a political story will not end up satisfied.