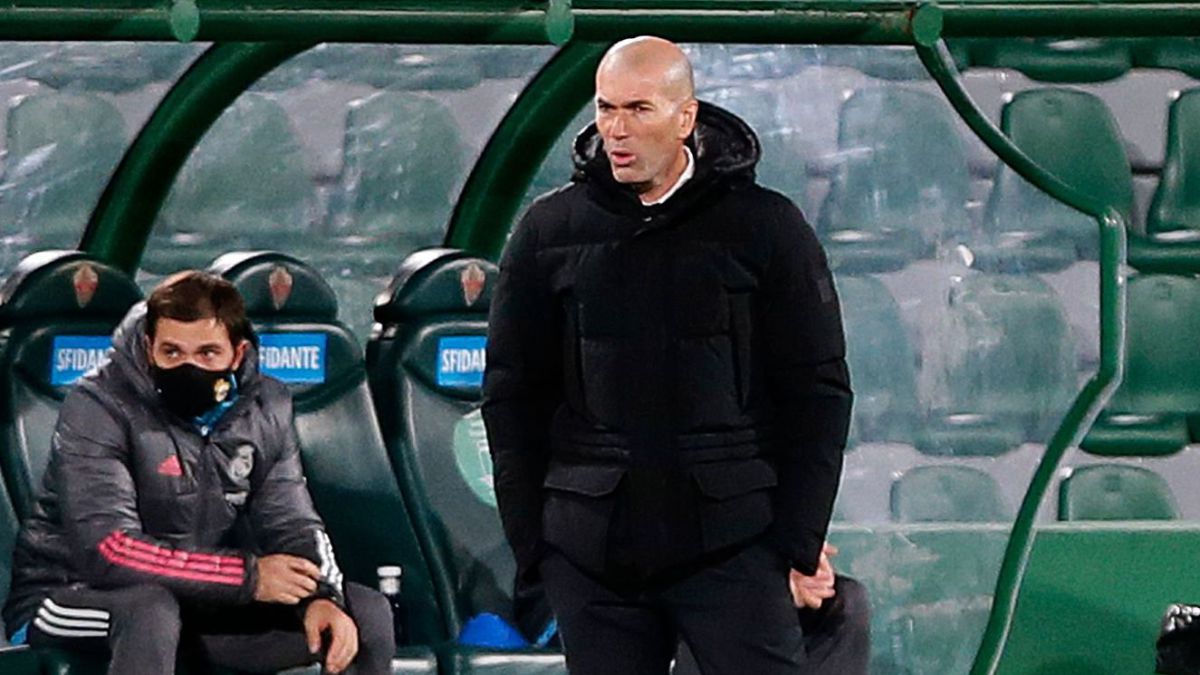 Elche-Real Madrid | Zidane: “Atleti does not fail, but LaLiga is very long …”

Fernando Alonso will return for the 2021 season (Alpine Cars)

The new team Alpine Formula 1, what will take the Renault post, presented his new car for the 2021 World Cup. The car he will drive Fernando Alonso, and Esteban Ocon, starting next season was named as A521 and sports a provisional design that will change when the World Cup begins in March.

“The know-how of our Dieppe factory, and the engineering excellence of our Formula 1 and Renault Sport teams, they will shine through our 100 percent electric and technological range, thus cementing the Alpine name in the future. We will be like this on the circuits and on the roads, in an authentic and ‘high-tech’ way, groundbreaking and passionate, “said the new CEO of Almeida, Laurent Rossi, in a statement.

For its part, Alpine’s design director, Antony Villain, explained that “graphic identity is key” in this new project. “The livery that we present today is the first evocation of the new identity of the Alpine F1 Team. Some graphic elements will remain in the decoration of the car and others will evolve. Blue, white and red refer to the colors of the French and English flags, something very important for us ”, he remarked.

Alpine presented the new car for the 2021 season (Alpine Cars)

While the final design will not be known until the end of February and early March, this presentation denoted an extreme change from what used to be the cars used by the Renault team, who kept the black and yellow tone as a priority.

Even so, black continues to be predominant Since with him, the team tries to pay tribute to the Formula 1 A500 that took to the track in 1975, being considered the first Renault car in F1.

“Formula 1 is at the heart of this project and although 2021 is a year of transition, for us and for everyone, in 2022 we want to be constantly on the podiums “, said President Luca de Meo within the event that was called “Renaulution”.

About the name of “Alpine” in a big way, design director Antony Villain considered that it was implemented for, “Give a powerful and specific identity to Formula 1 but also to the entire Alpine motorsport program it is a challenge and an opportunity. With motorsport at the heart of our process, graphic identity is key ”, he remarked.

This is another of the changes made by the new Alpine team, who recently announced the appointment of Laurent Rossi as the new CEO of the brand, replacing Cyrul Abiteboul who held the position between 2016 and 2021.

Alonso, world champion in 2005 and 2006 With the French manufacturer, he left F1 in 2018, after competing for 17 seasons. Now, he will take back the reins to give experience to a team that makes up the young Frenchman Esteban Ocon.

47 years after the mythical race that Reutemann was winning in Buenos Aires and he ran out of gasoline on the last lap: what did Perón give him in his box

Unusual accident in Serie A: a footballer left his Ferrari in the laundry room and it was returned to him shattered