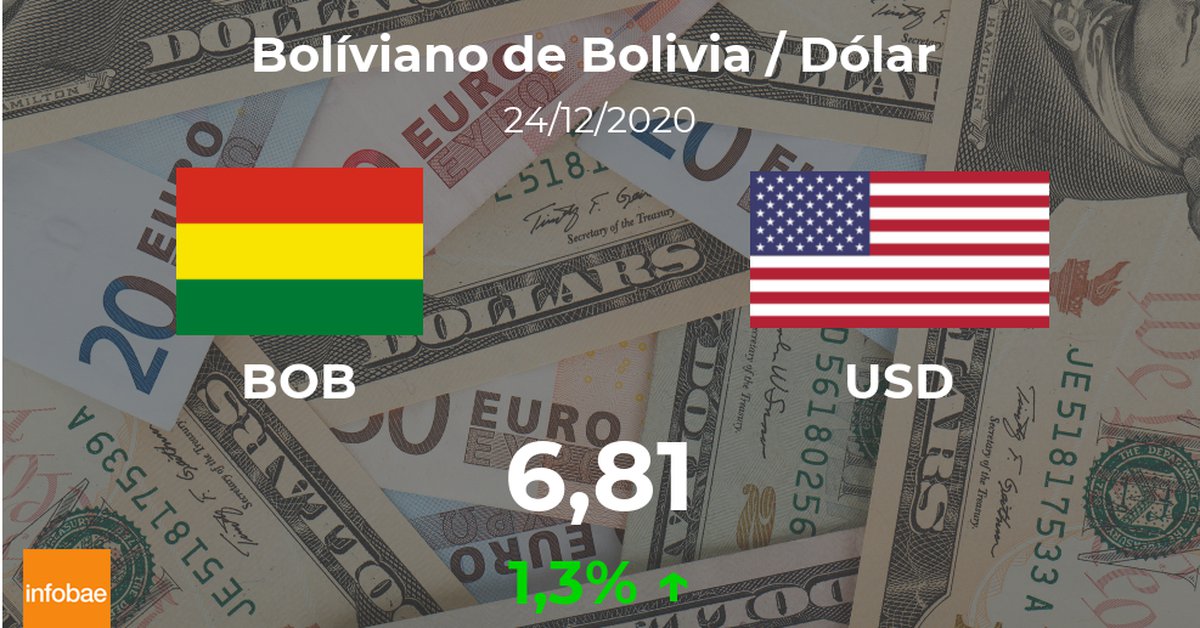 Dollar today in Bolivia: price of the Bolivian to the US dollar on December 24. USD BOB

The cuttlefish -or giant squid- began a control process that will be supervised by the Chilean authorities, in order to maintain greater control over a resource that is the most preyed upon by Chinese vessels that threaten the marine resources of the South Pacific.

A control mechanism similar to the one that currently exists with horse mackerel will be developed to increase control of a resource that is the most exploited by Chinese fishing vessels. that transit off its coasts. The information was revealed along with new measures that the Andean country will develop in conjunction with other countries in the South Pacific.

Following the information published by Infobae in November 2020, in which the testimony of Chilean fishermen who noticed sightings of Chinese predatory boats in the territorial sea of ​​Chile was released, a parliamentarian from the area, Deputy Marcela Hernando, sent a letter addressed to the Navy and the Foreign Ministry requesting to investigate what was disclosed. After almost two months, both entities responded to the request.

In the publication, the position of the Fishing Association of Antofagasta (ASOPESCA), which brings together eight artisanal fishing organizations from an entire region located in the north of Chile. Manuel Adaos, its president and representative, He referred to what in this area they consider an “invasion”. He was emphatic in rejecting the action of the Asian ships. “It is not new to us about the ships that are operating out of reach. I believe that in this case, it is definitely the State that should take charge of this issue because it is very serious for the Pacific fish. This is not from now, but for a long time. We have information from colleagues from Chilean fishing companies that these boats are constantly visualized, ”he declared.

For its part, representative in the National Congress of the same area of ​​Antofagasta, and who was consulted by the warning of the fishermen, Marcela Hernando, warned that he would send a letter to the Ministry of Foreign Relations and the Chilean Navy. An office is a legal inspection tool to request reports from State institutions, at the time he said that the limits of national and international maritime space should be jointly protected by the affected countries. “I believe that there should be a serious international effort so that maritime food resources and the delicate eco-marine balance are not affected.. It seems to me necessary to verify that the fleet is only moving from north to south towards the Strait of Magellan to pass towards the Atlantic as indicated by the navy and for that we will officiate to the Navy and also to the Ministry of Foreign Relations ”, he indicated.

After almost two months of sending the letter, both aforementioned institutions responded to the congresswoman. Infobae had access to an extract of the document signed by Chilean Foreign Minister Andrés Allamand, who announces the incorporation of cuttlefish (or giant squid) as a resource regulated by the South Pacific Regional Fisheries Organization (OROP-PS), an instance of protection that until now only controls horse mackerel. New protocol that will allow keeping records of activity and control of the main resource preyed upon by Chinese vessels. The document highlights that irregular fishing is partially controlled. “In our case we have the PS-RFMO, which covers the entire space of the South Pacific. However, currently this organization only has regulation of the amount of fishing for horse mackerel, not for cuttlefish ”, it is described.

The importance of incorporating cuttlefish as a controlled resource will allow the resource to be monitored as it has been developed quite effectively in the case of horse mackerel. The same fishing vessels and inspectors will be in charge of reporting on the characteristics of the squid, its level of production, and will warn if their presence begins to be scarce.

The description further indicates the development of Surveillance actions of international vessels that transit on a recurring basis, taking advantage of the giant squid (cuttlefish, squid) fishing in the Southeast Pacific, which is a highly migratory resource present in the waters of Ecuador and Chile. In the Chilean Chancellor’s response, the following stands out: “in this sense, I allow myself to reaffirm that Our country is committed to the fight against Illegal, Unreported and Unregulated Fishing (INDRNR). In fact, we are promoting this protection agenda, in all relevant multilateral spaces and that constitute the general framework that allows us to deal with illegal fishing, in which we have also promoted that States comply with the international law of the sea, including the obligation to cooperate and the conservation of resources ”, it is indicated.

It is also announced, according to the official document that: “On January 1, 2021, a first regulation comes into force, by virtue of which all vessels that carry out fishing activity for the cuttlefish resource will have to report their catches to the Organization., in addition to sending information about its location and all other pertinent information for the construction of a useful database for resource management “. Also, a proposal is established for the Organization to establish measures that contribute to the conservation and control of high seas fishing.

The Chilean Navy has progressively increased its supply of ships, planes and helicopters to maintain greater control over the squadron of Chinese fishing boats that transit its territorial waters

On November 3, 2020, the Ministers of Foreign Affairs of Peru, Ecuador, Colombia and Chile, issued a joint statement through which they expressed concern about illegal fishing, and a commitment was made to strengthen regional mechanisms to fight this practice and advance the development of sustainable fisheries. “These countries are working to determine a regional action plan to combat illegal, unreported and unregulated fishing to enhance monitoring and surveillance, capacity building and international cooperation. For the above, a specific working group was formed, which must present a proposal for this action plan with concrete measures, ”describes the Chilean Minister of Foreign Affairs in the document.

The announcement, which comes hand in hand with the incorporation of new inspection vessels of the Chilean Navy, seeks to maintain full control of the actions of international vessels, mostly Chinese, that prey on natural marine resources specifically the giant squid or cuttlefish. A satisfactory response from the authorities, according to Deputy Hernando. “It is good to know that from this year there will be more control over the vessels that extract the cuttlefish resource. This will bring tranquility to local fishermen, as long as the audits are effective by the competent bodies. We are at a time when the planet and our environment require better standards and protection, we must make every effort to maintain the balance that allows us to live better ”, he declared.