One of the most recognized presenters and models in the country is Andrea Serna, a woman who has stood out for her time as a host in popular television contests such as ‘El Factor X’, ‘Protagonistas de Nuestra Tele’, ‘El Desafío’, as well as in the editions of the ‘National Beauty Contest’ and ‘Telethon’. In addition, it is also recognized for being the image of several Colombian product and clothing brands.

Throughout the career of the 44-year-old woman, a native of Aranzazu, Caldas, she is one of the most beloved celebrities by Colombians. In the last hours, Serna was carrying out an activity in the stories of his official Instagram profile in which he responded with images to the questions of his more than three million followers.

Andrea Serna revealed her favorite photos with her family and friends such as Carolina Cruz, Jessica de la Peña, Yaneth Waldman, among others, but definitely the images that most caught the attention of her followers were those that took them to times past in life of the model, such as her time on the X Factor and other programs, her beginnings in modeling and her childhood.

One of his followers asked him to share an image of his beginnings as a model and Serna did so. In the image, Andrea Serna was 19 years old and had just arrived in Bogotá from her native Caldas to work in a modeling agency and start building her career.

Serna’s beginnings on Colombian television were in programs where she talked about sports and about Colombian celebrity news. The first in which he appeared was in the variety show ‘La Selección’, then in ‘No me lochange’ and ‘La sobremesa’, all with special entertainment sections. Since 1998 the presenter and model began to be part of the RCN channel presenting ‘Andrea al Extremo’ on weekends and ‘Commands’, a contest in which she went through difficult tests alongside Iván Lalinde.

He recently started a new edition of the Factor X program and, although the presenter will not be there on this occasion, several followers asked her how was her time on the program from 2005 to 2011 and, again, in 2015. In all editions that Andrea Serna presented became the friendly face that helped the participants after receiving harsh criticism from the juries.

“A tremendous joy! What a joy that such a beautiful format is on the air again,” said the presenter in her Instagram stories, adding that “it was my first time on a big stage, presenting with an audience, more than 10 cameras around. The X Factor gave me another vision of entertainment of what my career as a television host could be ”and assured that she has always been grateful to the program for the lessons it left her for future projects.

Previously, the model had already revealed other images in which she remembered the beginning of her career when she was still a minor. “He would be 17 years old. Attention to the hand “, highlighted the presenter in one of the images in which she wears a dark bathing suit, the comment of the hand was made in a mocking tone because the hand was sticking out of the photo.

On the other hand, he stressed that, despite the changes, he still retains something unmistakable about the minor Andrea Serna. “Everything seems to indicate that the intense look has been a lifetime. Also the hairy face …Do you remember that I told you that I could barely (saved) and had a laser to remove the hairs from my forehead?”Serna recalled in his publications. 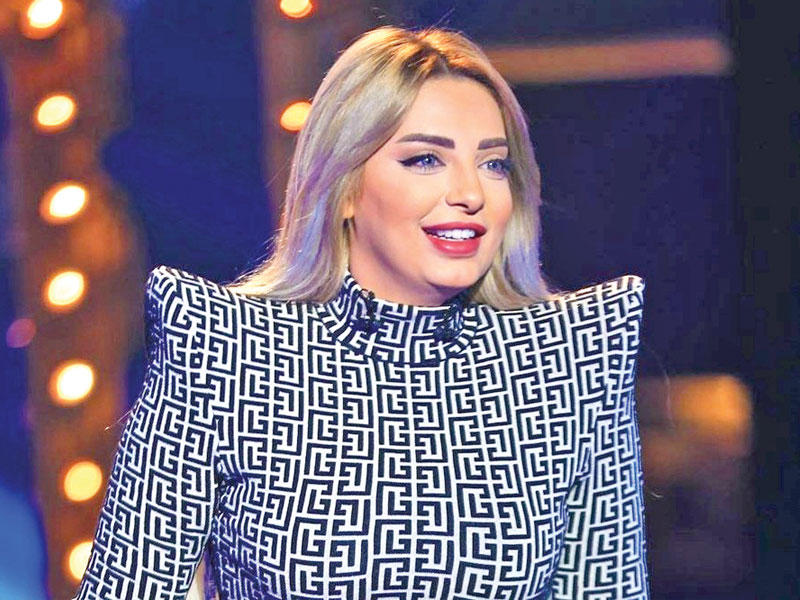